Barbara Nessim's images begin with a line, and in their finality capture something at once elegant and wild, feminine and androgynous, precise and remarkably simple.

The iconic illustrator, raised in the Bronx, began studying at Pratt in 1956 where she majored in graphic art and illustration. In a time dominated by Abstract Expressionist machismo, Nessim created artworks of a different breed. Minimalist graphics that combine elegance and grit, featuring gender-bending, street smart superheroes who were as traditionally fashionable as they were badass. This methodology of simultaneously working inside and outside the lines characterized Nessim's artistic career, like her simultaneous postures as a commercial illustrator and countercultural fine artist.

Over the next 50 years Nessim worked with psychedelic graphics, rebellious cut-up collages and glam rock pastels. Her work has appeared on the cover of Rolling Stone, Time, Ms, New York Magazine, The Boston Globe and was combined in a retrospective at the Victoria & Albert Museum in London. Aside from being one of the first prominent female illustrators, Nessim was also one of the first tech-savvy ones. "I really was the first illustrator to work with computers," she told The Guardian. "I can't tell you how many people thought it was a fad."

We reached out to Nessim to learn more about her early use of computers, women in contemporary art and being roommates with Gloria Steinem. 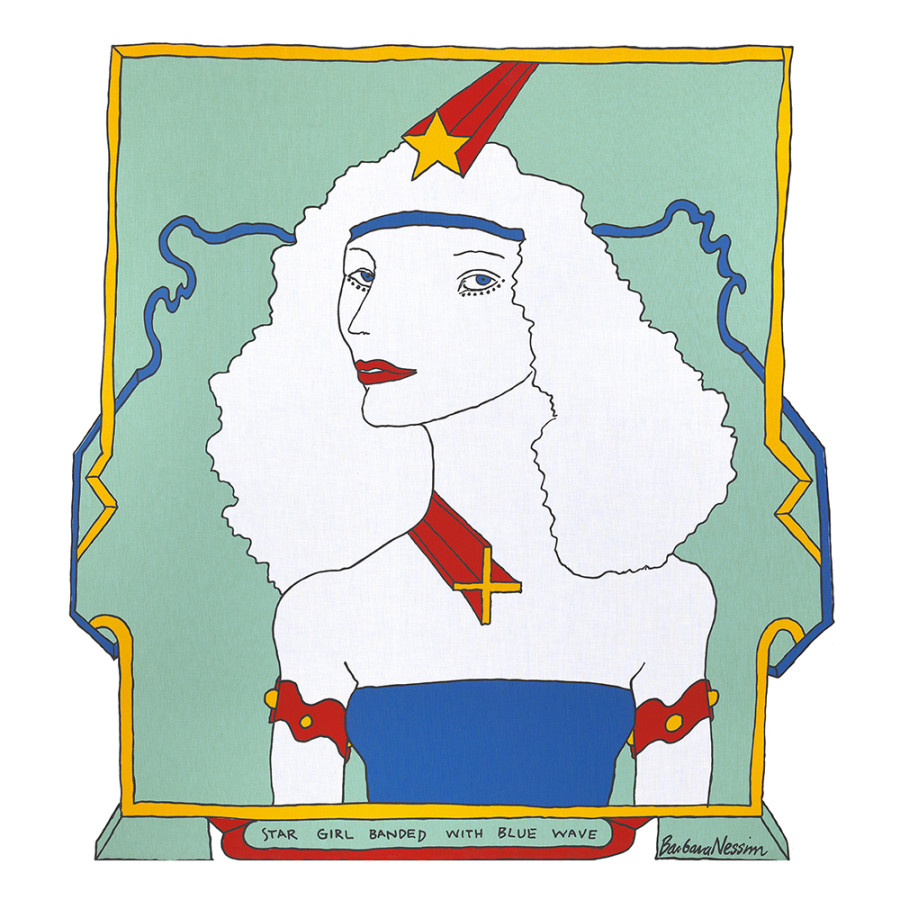 You've spoken about the rules women had to abide by in the 1950s like wearing makeup or certain clothing. Are you happy with the progress made over the years? What are the biggest battles women are facing today?

Different issues and unspoken rules, in every era, change with the times for women as well as men. Here is a brief snapshot of how I saw history unfolding from my perch in the universe during these past six decades.

The '50s were a rigid time for fashion and social customs. Children were seen but not heard. Television was just beginning. Some households had a TV and it brought an outside world to the family within. The '60s brought a loosening of those structures. Teens had money, for the first time, and were influencing the economy. They were buying clothing and records and changing the balance of the everyday culture and social barriers. The Women’s Movement was reborn in the early '70s with the publishing of Ms. Magazine. Women were realizing they have other options. They made their voices heard loud and clear. They were entering the workforce and carving out careers in areas that were professional and not traditionally female. Established family structures were being challenged by the sexual revolution made possible with the advent of the birth control pill. People of all colors were integrating. By the '80s and the '90s, continuing into the 2000s and beyond, people felt freer to explore their sexual preferences and many men and women were coming out of the closet. New family structures were forming.

I was wondering how much has changed for women over these last six decades. While looking up jobs women have now I was surprised to learn the US Census Bureau reports from 1950 and 2010 show that women now have relatively the same professions as they did in the '50s. Being a secretary is at the most common and at the top of the list followed by a cashier, grade school teacher, sales clerk, nurse and the like. Gloria Steinem, the political activist and journalist said it takes 200 years to make changes. We are only in the first part of that time frame.

You've mentioned that women respond to your work more than men. Would you classify your work as feminine? What would this even mean to you?

In the past I perceived women as more responsive to my work than men, but since my recent book "An Artful Life" was published I feel differently. Prior to that, men and women were responding to a few art works at a time and mostly in the same vein and style. When people of either gender are looking at the work in aggregate and see the whole range from 1960 to 2013, they have an expanded understanding of the complete body of work, the process and the years in which the work was created.

I would not think of my art as “feminine”. Most artists instinctively respond to the times they live in. I was not aware, in the early days, that I drew a preponderance of women. A man I knew pointed this out to me. I was stunned. I looked around at all my work hanging in my one room studio apartment and I had to agree. I’ll always remember that moment. 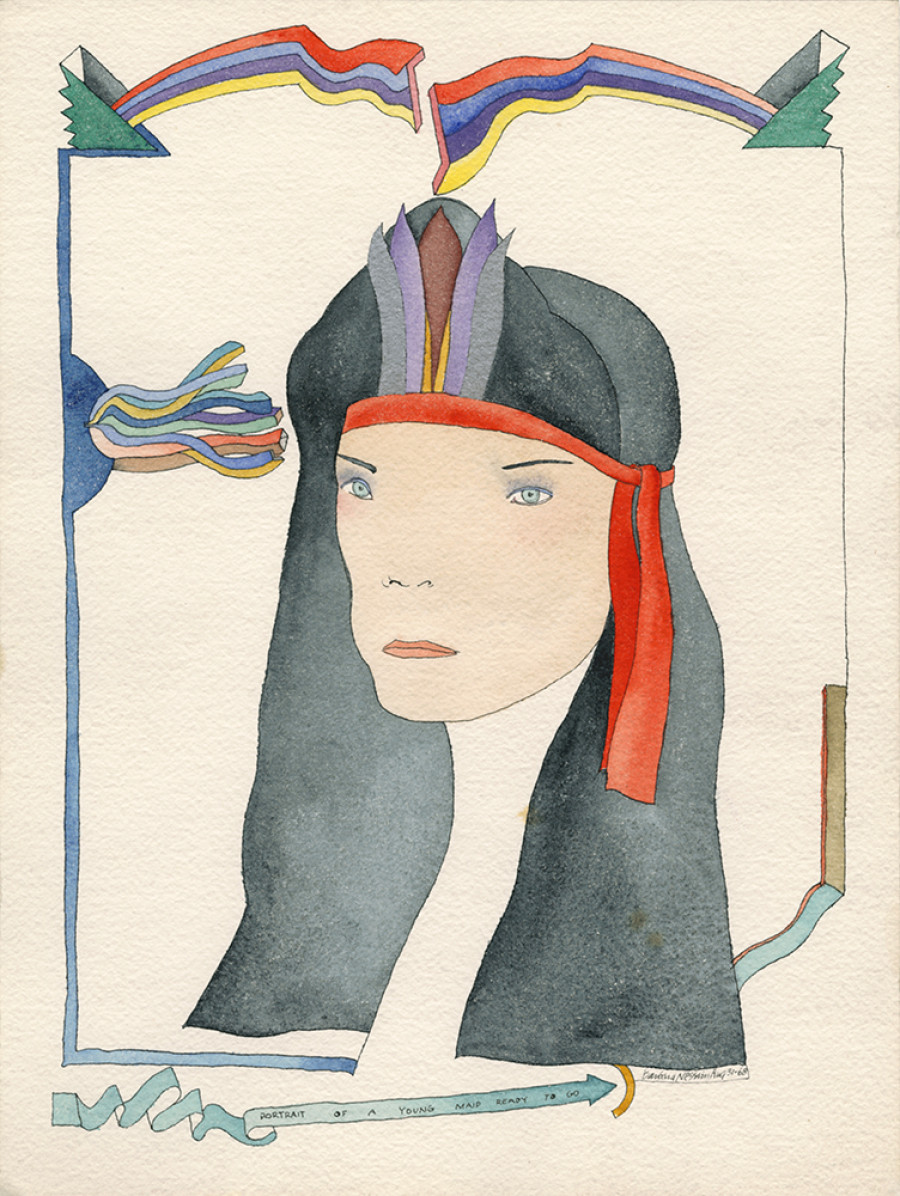 You were one of the first illustrators to work with computers. Did you ever imagine digital artworks would become as omnipresent as they are today?

The first time I started working on the computer I knew this was important. The more I learned about it I knew we were in for a big change. This change was not just in art but also in all areas of work and life. My introduction to computers began in 1980 when I was asked to speak to a newly formed graduate program at MIT called Visible Language Workshop. I was invited to learn how to use a computer to create art and then speak about the ‘before and after’ experience. I realized, upon investigation, this engagement would be more than a week or two. My regular part time teaching schedule with a unique curriculum, at two art schools, SVA [School of Visual Arts] and Pratt Institute, would not allow for an extended time away from the classroom to explore this opportunity.

However, the possibility of making art on the computer intrigued me and I set out to find a computer in NYC where I lived. It took an unbelievable two years before I found one at Time Life. The newly formed Time Video Information Services (TVIS) had computers and in 1982 they invited me to be an artist in residence. There I taught myself, by reading the manual, how to use the primitive shapes provided by the computer program, to make art. At that moment, I knew that computers were a radically important shift from the 'norm', which would be life altering and completely change the way we were all working and doing things. Instinctively people don’t like change. It took more than 20 long years for it to mature and for people not to consider it a "fad."

How did tech advances influence your career from there?

Fast forward... In 1991 I was hired as the Chairperson of the Illustration Department at Parsons the New School for Design. During my 12 years as Chair I convinced the then New School President, Jonathan Fanton, he was not going to have an art school unless he bought computers. I overhauled my curriculum to include computers and soon the school moved my popular course to a dedicated room and opened it up to the whole school and the Digital Design Department was born. It was in 1996 when, what I now call, “the digital shift” happened. If you didn’t know how to use a computer, or didn‘t want to accept them, you were out of a job.

I left Parsons in 2006 to continue my own personal work and pursue commissions doing large-scale art for buildings. In 2006 I completed an art installation for Centria's lobby at 18 West 48th Street, directly across the street from Rockefeller Plaza. Next in 2010, was art for the hotel rooms as well as the third floor ballroom areas in The Eventi Hotel at 30th Street and 6th Avenue. All employed the computer to complete.

What was one of the big takeaways from living with Gloria Steinem? Was anything particularly surprising about the experience?

When Gloria and I met in the early '60s, we were two women trying to do something with our lives and follow the work we each loved to do. We were both freelance and cobbling out a living. Since Gloria is five years older than me we were more like sisters. I was 22 and she was 27 when we started to room together. I had an apartment and needed a roommate; Gloria was leaving her apartment and asked if she could room with me. We moved three time times in six years. Our second apartment was the one we lived in the longest. It was one room above a restaurant on 56th Street between 5th and 6th Avenue.

We both respected each other’s space and supported each other’s work. I would read what she was writing and make comments and I would share my work with her whether it was an illustration or work for myself and she would give me feedback. Even though we had a tight space we got along beautifully –- never had a disagreement the whole time. We have similar temperaments. I think that is what made it work so well. In essence, we were role models for each other. 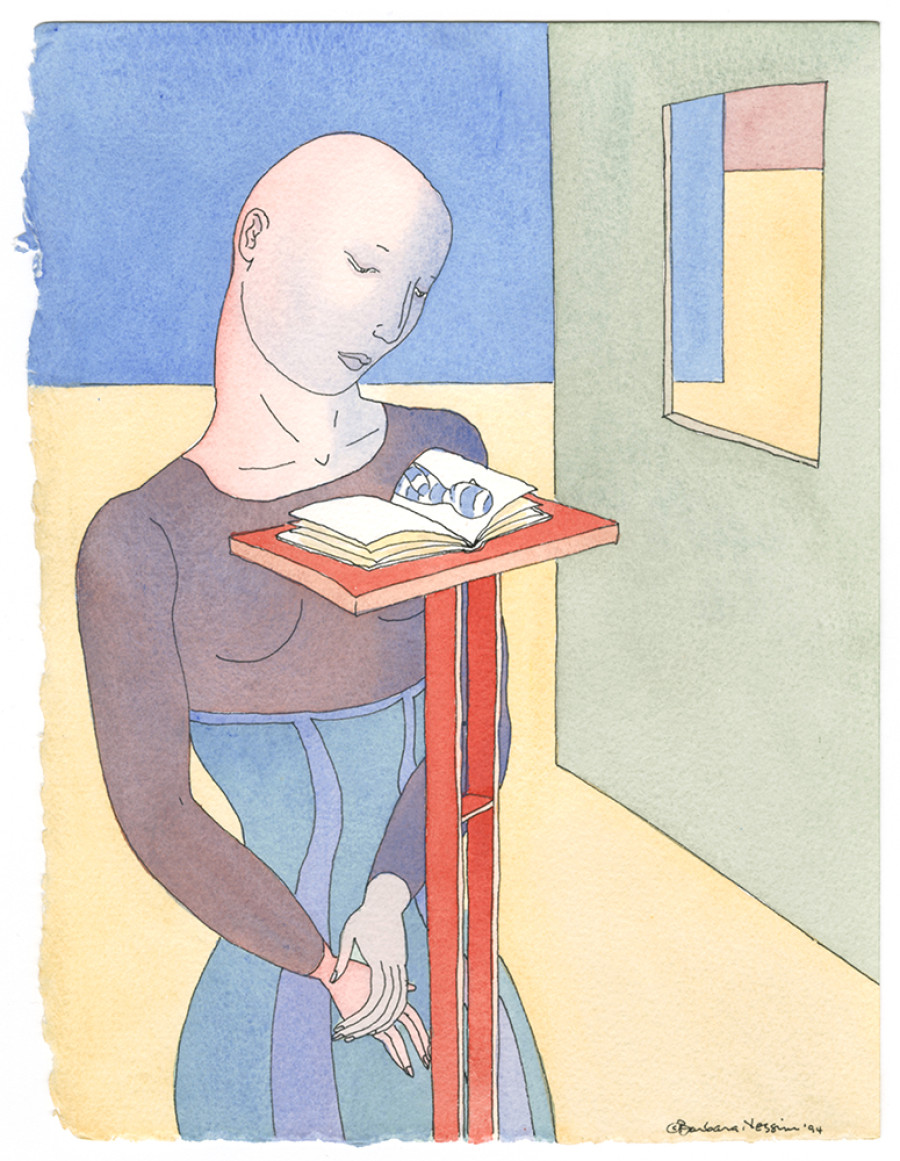 Your work has been featured on the covers of Time, Rolling Stone and Harper's and yet there is something very subversive about the feminist, androgynous and glam nature of your work. Was there ever a conflict between your artistic and business goals?

Subversive. That is an interesting word to describe my work. The dictionary defines it as troublemaking and revolutionary. I never think of my work in those terms. Yes, my work does include all that you mention above but I see it as a reflection of society. There is androgyny, people are interested in glamor, women are struggling to be heard and seen. We are living in a world where women are striving for equality and equity. I am unconsciously absorbing what is around me and that is what comes out in my work.

Somehow, in the '60s through to '90s, and perhaps even beyond that time, there is a popular belief that artist should be starving and even suffering. I never had that thought. I always felt that if you do something you love, you should find a way to get paid for it. That is one reason I became an illustrator. I could always do work on my own and if I was lucky enough to sell a painting and make some extra money that was good fortune. Illustration didn’t come naturally to me -- I worked very hard to understand how to make my illustration work more "commercial" and acceptable. My natural inclination and ability is towards the fine arts, which I continue to do and always have done throughout the years.

Finally, what quote do you live by? 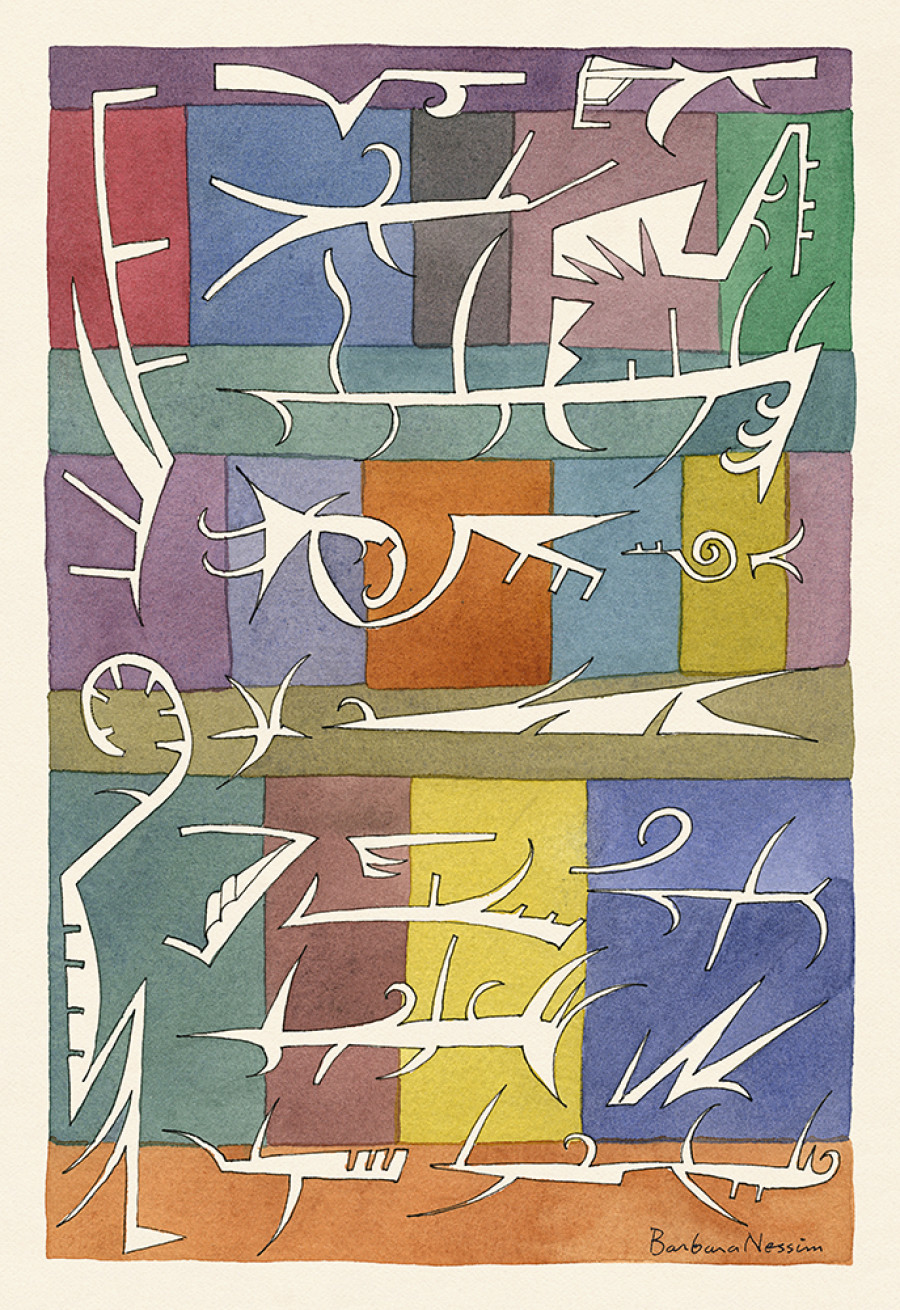 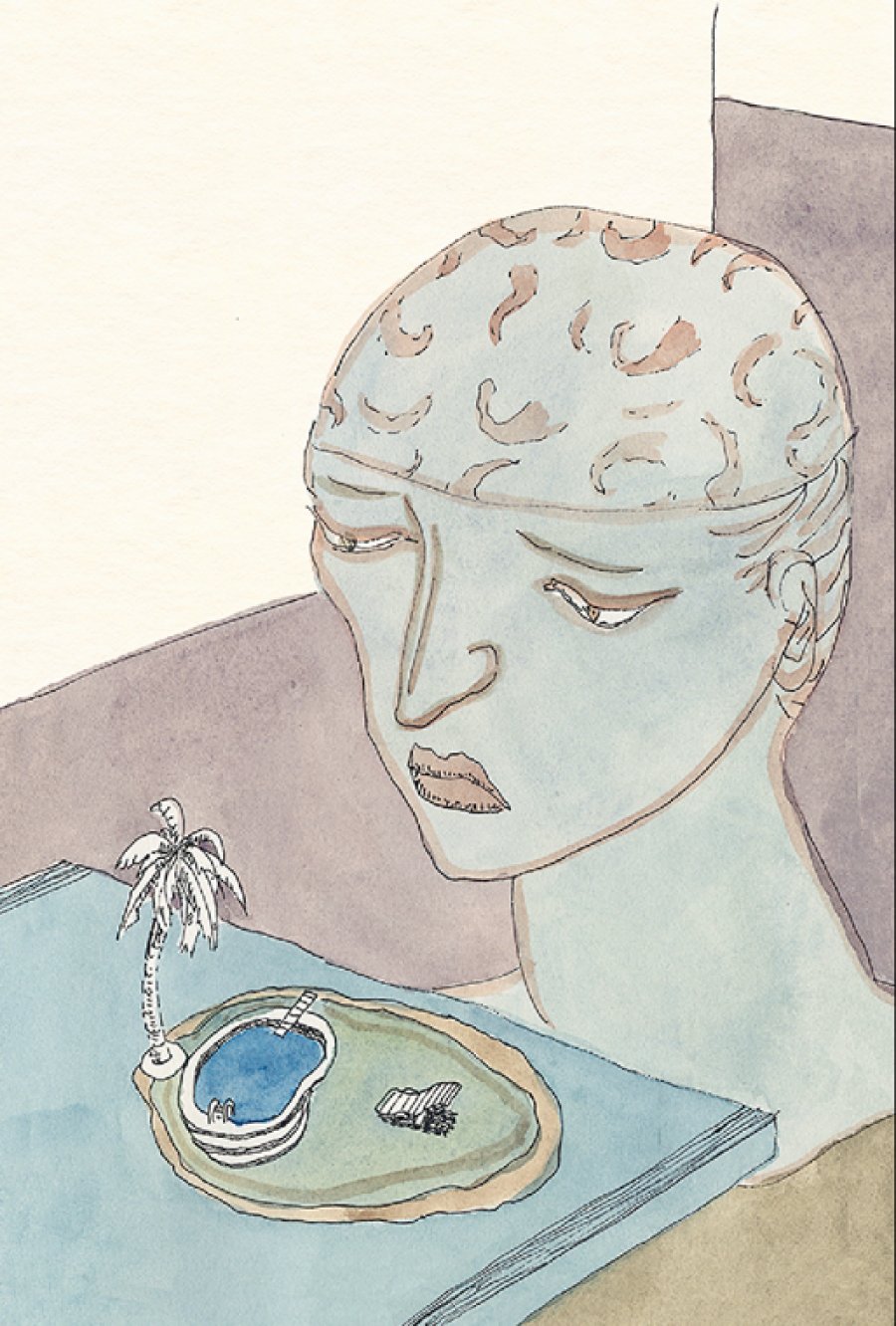 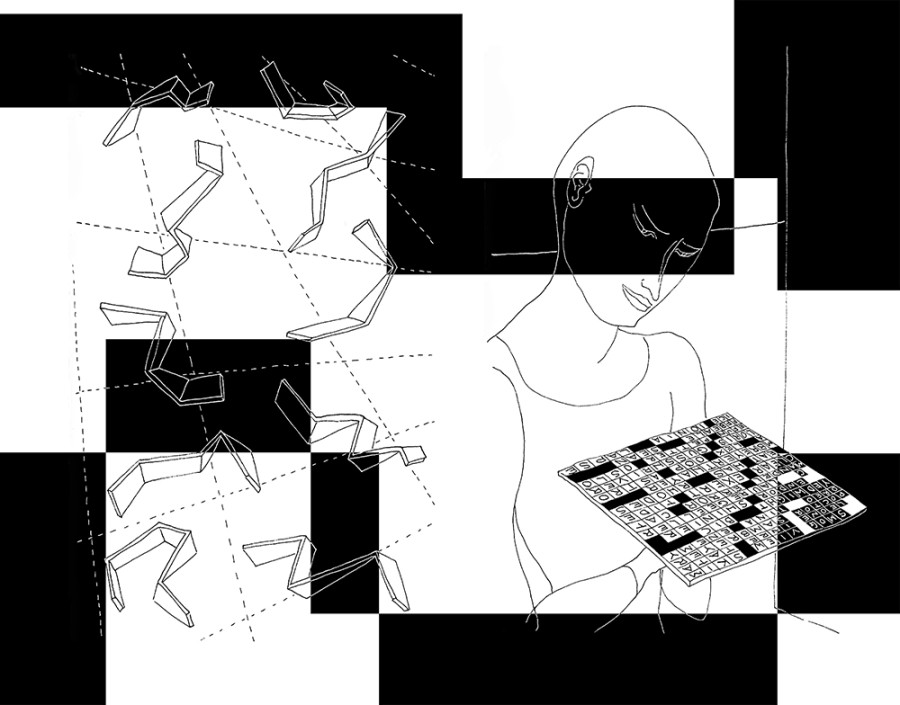 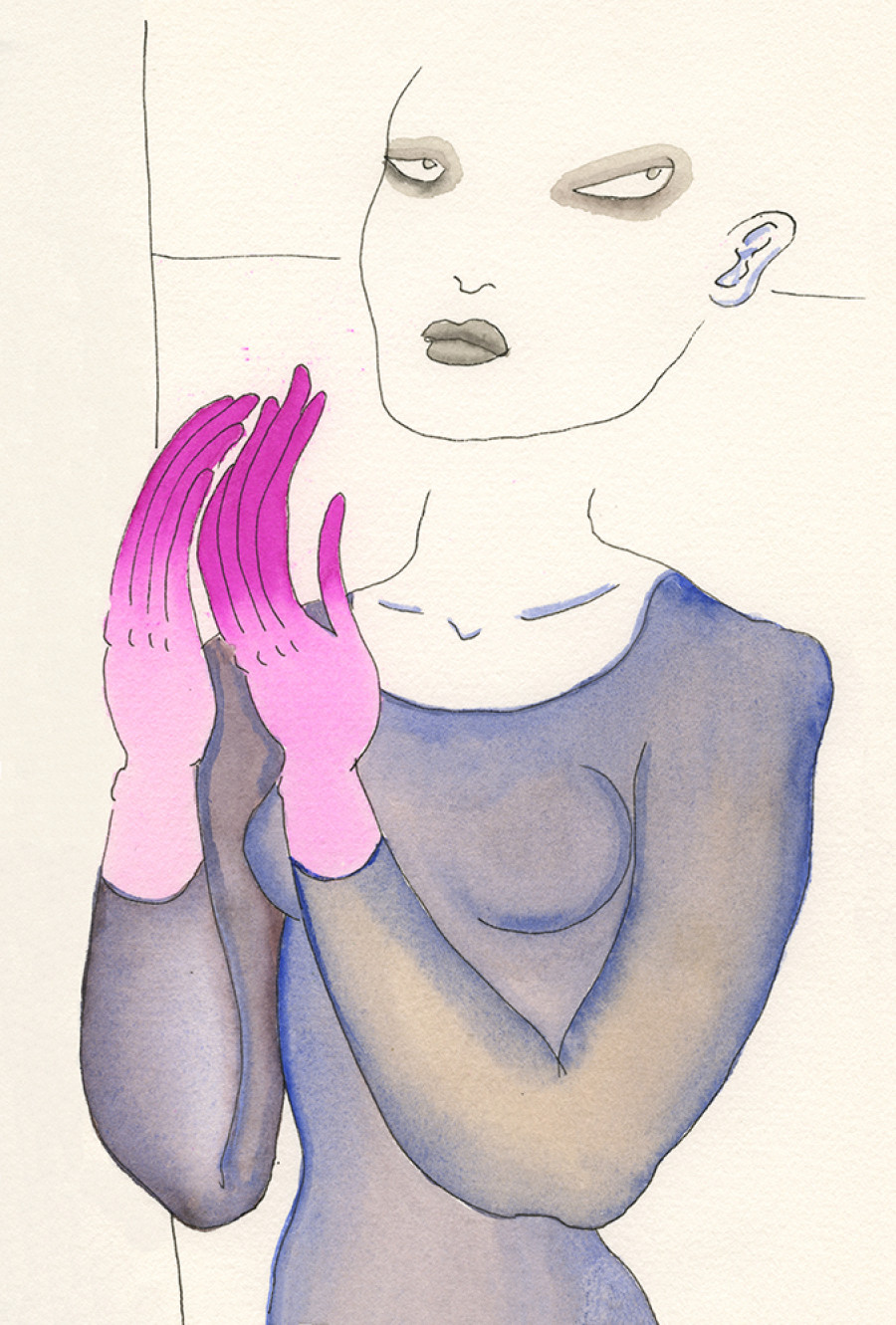 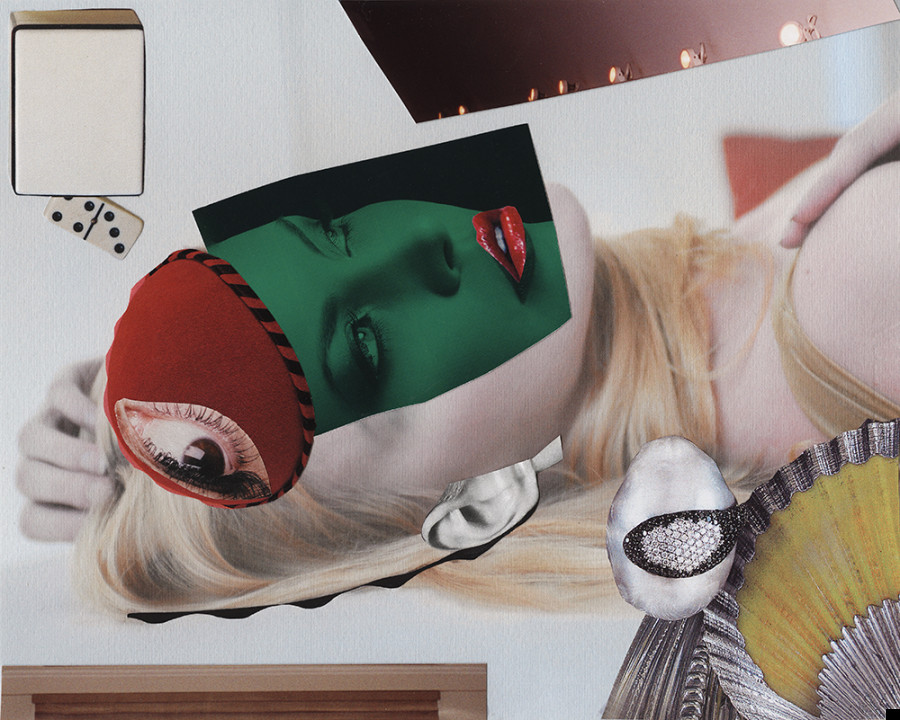 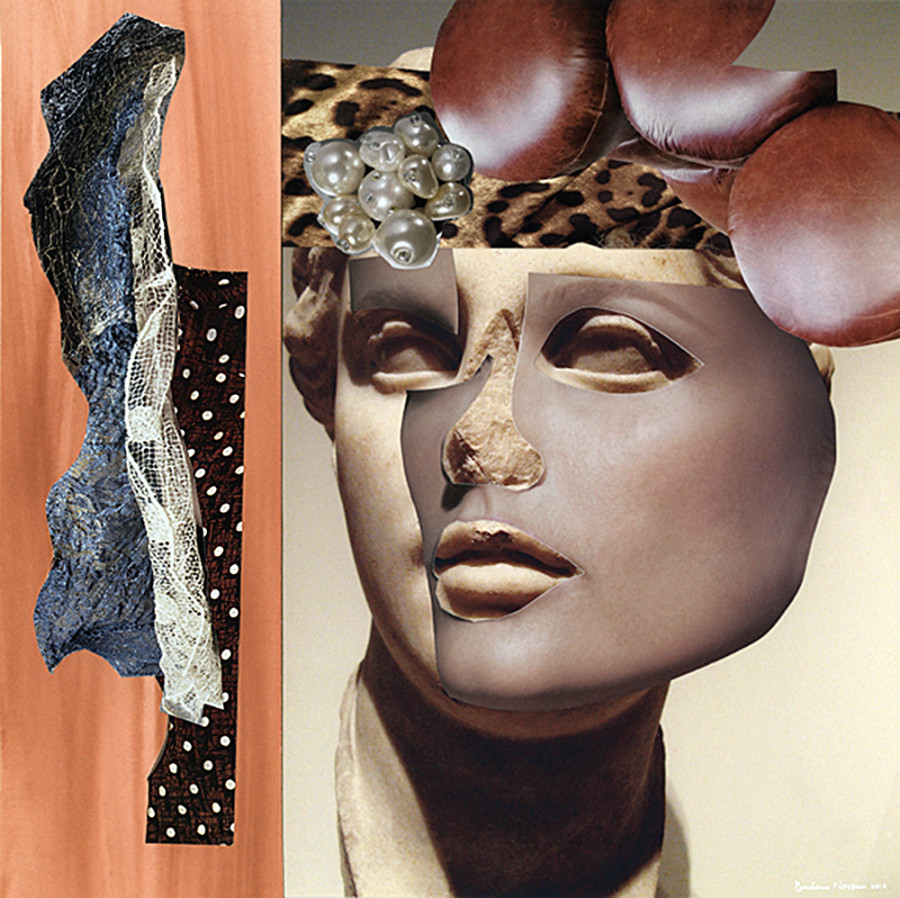 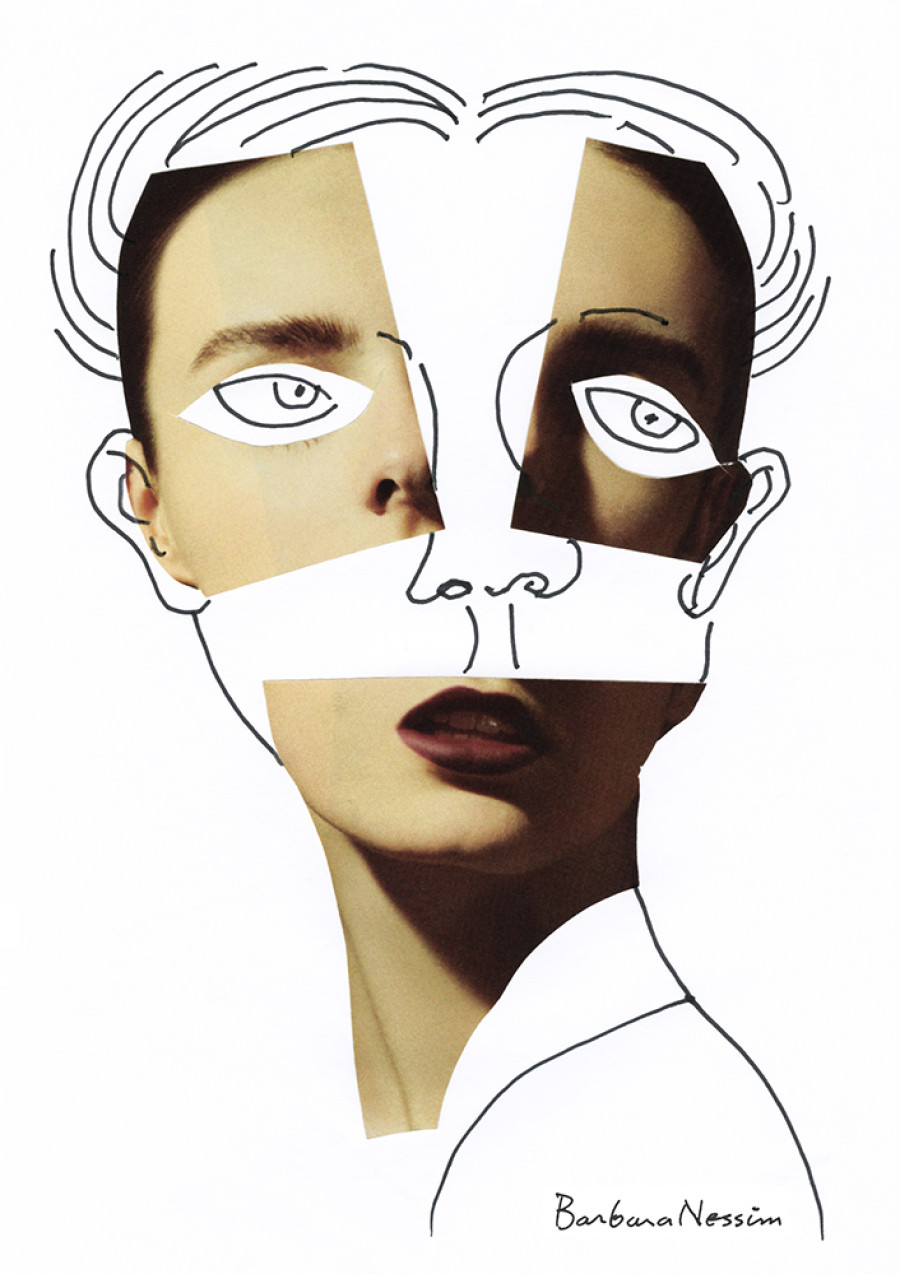 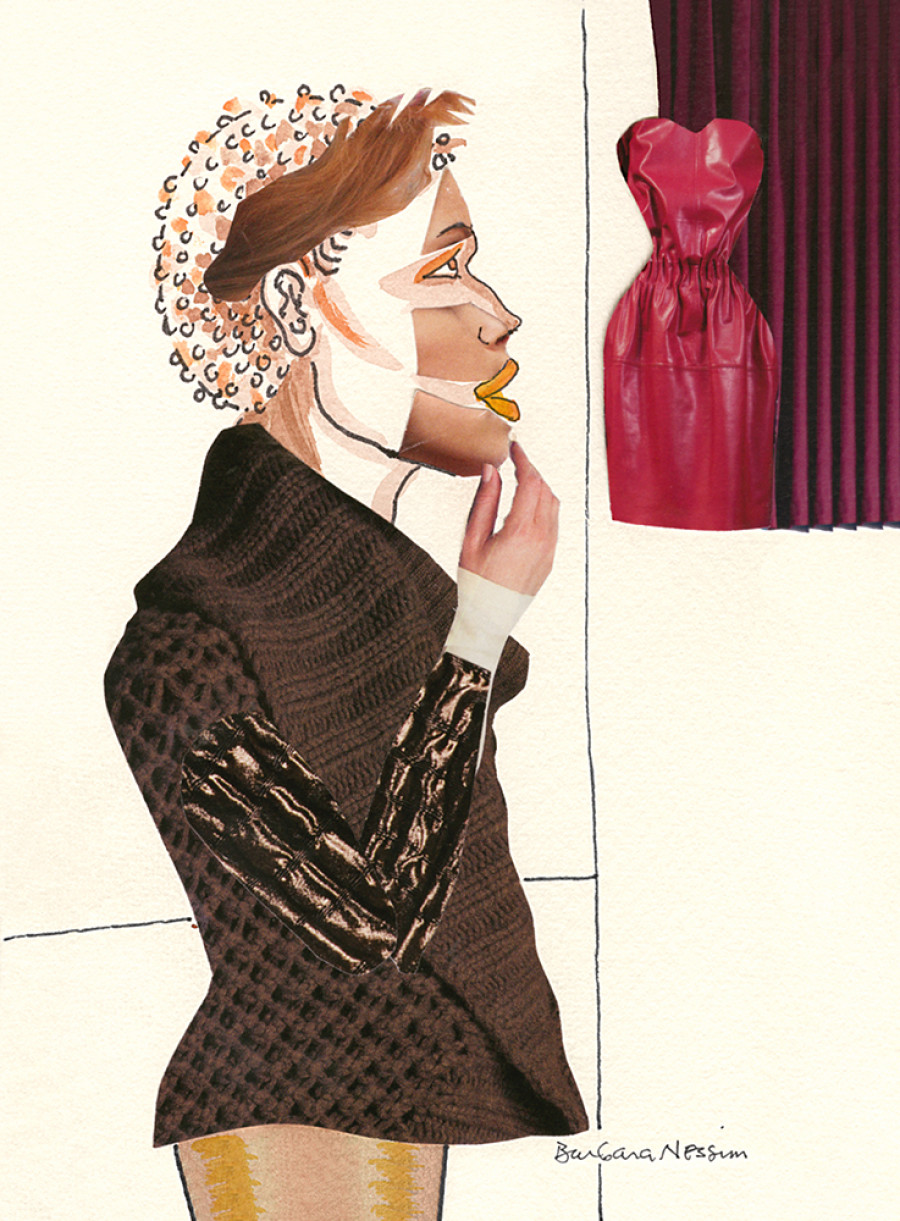 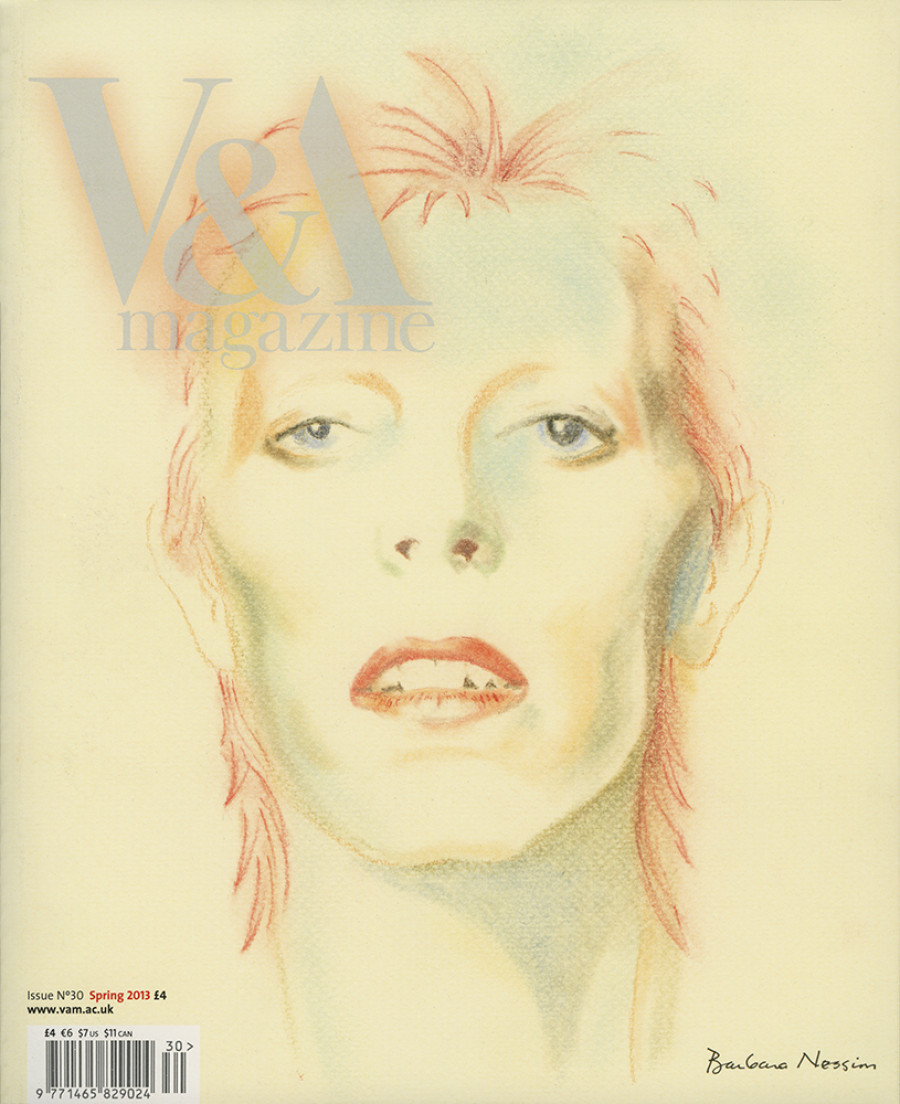