Barbara Walters broke barriers for women in broadcasting, so it's only appropriate that many of the female journalists and media personalities she helped pave the way for paid tribute to her as she signs off "The View."

Over two dozen women in TV news surprised Walters for her final episode of the show, which taped Thursday and will air Friday. Walters — who was the first female co-host of "Today" and the first female co-host of a network evening newscast — has often said that she hopes her legacy is having helped other female journalists succeed. Here's the evidence of that legacy: 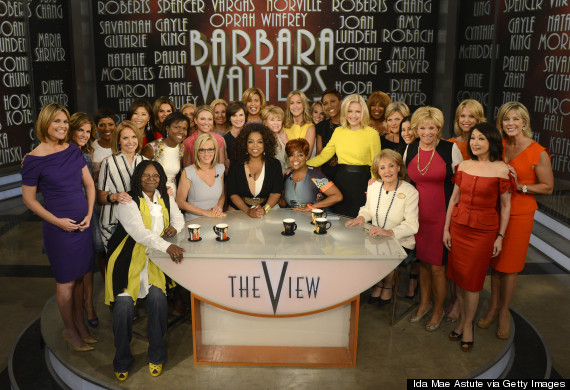