Americans have been inundated with references to percentages in this election season: 1 percent, 99 percent, 47 percent... But these numbers have one thing in common: They refer only to humans. Shane and Sia Barbi, the animal activists, legendary Playboy celebrities, and vegan authors known as the Barbi Twins, would like us to adopt a broader view of our place on the planet, one where we understand that humans as a species represent "the 1 percent," with animals and the environment making up the 99 percent. 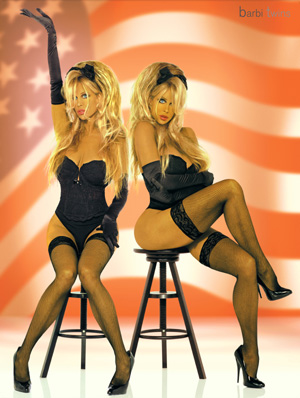 The Barbis want to institute real change, and to that end they are rolling out the "Green Tea Diploradical Party," a cross-partisan "movement of compassion" that aims to bring us out of our complacent comfort zone regarding what they consider to be the real 99 percent. "We have become indulged, greedy, and arrogant in our speciesism, where we view animals as merely something for us to exploit," they say. They insist that humans, with our many advantages, are obligated to help those who are voiceless, with equal compassion for all.

They are frustrated and angry that tax dollars support a system that profits from ignoring animal rights, such "business over life" policies as government-subsidized horse slaughter and the institutionalized killing of shelter animals. The Barbis want Americans to awaken to the reality of what taxes and contributions support, and take action -- action beyond merely signing petitions -- to make change. "The business of animal cruelty hides behind charities and the government, and the public would be outraged if they knew the truth," they say.

A major part of the "Green Tea Diploradical" manifesto is a re-evaluation of what we currently call animal rights. They say that the prevailing attitude, supported by tax dollars and the operations of the rich mega-organizations such as HSUS, ASPCA, and PETA, leads people to accept a system of human convenience that has more to do with supporting the infrastructure of killing than genuine compassion toward animals. Instead, the Barbi Twins are adamant that the term "animal rights" should only mean one thing: the right for animals to live.

They are especially appalled at the treatment of our companion animals by the very system that claims to be protecting them. The very term "shelter," they say, is a misnomer that sugarcoats a broken system that, instead of focusing attention on positive practices such as spay/neuter programs and adoption/rescue placement for companion animals, is entrenched in a "management by death" status quo.

One of the "shelters" they find most egregious is the heavily subsidized Animal Care and Control (AC&C) of New York City, which they say has become notorious for its high kill rate (including documented cases of mistaken killing of animals who should have been taken off the "kill list"), shelter employees' lack of cooperation with adoption efforts (such as not answering phones), and restrictions on well-meaning volunteers or employees who choose to go the extra yard for animals. Rescue groups that seek to remove animals for fostering or adoption have complained that AC&C makes it difficult if not impossible to pull animals before they are put down. Under increasing scrutiny, including a public protest in early September, controversial AC&C Executive Director Julie Bank resigned last month for family reasons; although the Barbis see the departure of Bank as a positive sign, they say it is nowhere near the level of reform they seek. (As models for reform, they cite many no-kill organizations, such as D.E.L.T.A. Rescue, a "sanctuary for life" organization in California.) 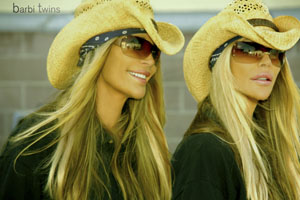 Lest anyone think the Barbis don't mean business with this movement, consider their activism to date. Longtime vegans and animal lovers, they have been full-fledged activists since 1989, influenced by the work of family friend Chris DeRose, founder of Last Chance for Animals. Since then, in addition to hands-on work as shelter volunteers, in disaster rescue situations, and as lobbyists, they've gone so far as to work undercover to expose animal abusers. In January 2011, it was Sia who broke to the media, via NIO/Negotiation is Over, the name of a young man who had been torturing and killing kittens on video: It turned out to be an aspiring Canadian porn actor, Luka Magnotta, identified by a secret Facebook group called "Useful Individuals" that Sia had joined under the pseudonym "Lee Madison." Unfortunately, in spite of aggressive work by the Barbis and a few small organizations, such as Rescue Ink and Last Chance for Animals, to spur law enforcement action against Magnotta, he went free until over a year and a half later, when he finally became the subject of an international manhunt as the suspect in another crime, the gruesome murder and dismemberment of student Jun Lin. (Sia was interviewed by Jane Velez-Mitchell on CNN after his apprehension.)

The Barbis have some powerful allies behind them. Shane's husband, actor Ken Wahl of Wiseguy fame, is equally passionate about animal rights and involved with the Barbis in their animal rescue efforts (in 2010 he famously offered his Golden Globe award to anyone who could identify a sadistic kitten killer). And they've leveraged their Hollywood connections to get major celebrity involvement in a number of projects, including their "dogumentary" anti-BSL (Breed Specific Legislation) film inspired by the Lennox case, I Have a Dream, which is currently wrapping up production.

One of their strongest alliances, with fellow animal activists Amy and Raelyn Nelson (daughter and granddaughter, respectively, of Willie Nelson), has been given a superhero moniker. The four were dubbed "The "Quad Squad" on a Howard Stern Show interview for their activism on a number of issues, including lobbying to stop the government sanctioned roundup and slaughter of wild horses and supporting Nathan Winograd's "No Kill Equation"; currently they are working with Dr. Jenny Conrad of PawProject.org to outlaw animal mutilation practices that are outlawed in most countries but profitable for many U.S. veterinarians -- namely, the declawing of cats and devocalization of dogs, practices they describe as akin to limb amputation for a human.

Beyond immediate action for animals, the Barbis see their movement as making permanent change for the future by putting humane issues into youth education. Addressing the broader issue of humanity's effect on the balance of nature, they even offer a rather extreme proposal, tentatively dubbed "Operation Soul Food" that would entail, essentially, returning humans to the animal food chain as "donors to the earth" upon death. They envision a 501(c)3 that would accept only bodies, not money. "This is our way to give back, as the only species that destroys and imbalances nature, ruining the food chain," they say.

How do the Barbi Twins they see the government's role in the "Green Tea Diploradical Party" equation? They envision a less invasive government that puts life before the subsidization of business interests. As inspiration, they cite Martin Luther King Jr.: "The law cannot change the heart but it can restrain the heartless."

IMPORTANT: In light of recent developments, for resources on pet care and recovery in the wake of Hurricane Sandy, visit the Barbi Twins Pet Disaster Helpline community page on Facebook