I grew up in Wilmington, Delaware, not far from a massive building on the Brandywine, known as "The Experimental Station." It was actually a complex of laboratories for the DuPont Company, and as kids as we rode our bikes through the local park and looked at the sprawling buildings, we wondered what new magic was being conjured. As local kids, we all knew the story of the gunpowder manufacturer that had started at the dawn of the 19th century and grown through the years to introduce the first synthetic rubber and, of course, nylon. Many of my friends' fathers worked there, and the company's history of innovation was legendary. Also, people who had never met anyone from Delaware had usually heard of the DuPont Company. Its history was part of our identity as Delawareans.

The DuPont Company is currently in a proxy battle, as nicely outlined by Joe Nocera in the New York Times What's remarkable about this story from the perspective of someone who generally studies and writes about toys and play is the notion that investment in R&D decreases shareholder value, but, as Nocera points out, R&D has always been part of the DuPont Company's DNA. The risk, which I don't think is actually going to happen in DuPont's case, is to undermine a company's soul for short-term gain. It's the kind of killing the goose that lays the golden egg that is too prevalent in American business today.

R&D is simply another way of saying "play"... for adults. It's what children do when they have the freedom to explore naturally, to engage in process and see where it takes them. Results are neither immediate nor necessarily measurable in the near-term. It's a long game, and it's as important for companies as it is for kids. Chasing quick results is only sustainable for a time, but as we see consistently in kids, building a foundation of powerful imagination helps with problem solving and learning throughout the school years. The same applies to business. Where does innovation come from, if not from the imagination, the people willing to ask, "What if..." and the companies that invest in it? This is not a new argument, by the way. It goes back at least to 1854 when Dickens published Hard Times, decrying the assault on imagination and spirit in an increasingly industrialized world.

So where does Barbie come in? (And, no, it's not because Barbie is plastic. DuPont didn't even invent the plastics she's made of.) Barbie is having a better year in terms of sales than she has recently precisely because of investment in innovation and R&D. Barbie in Princess Power is a whole new line that's selling well, and does so, at least from our perspective, because Mattel invested in the R&D to come up with a new way to tell a superhero story that hadn't been done before designed to appeal to core Barbie players -- girls ages 3-6 -- and re-imagine a superhero relevant to them. Of course it was a risk; it hadn't been done before.

The opposite is something we've also seen in the toy industry in recent years. Outsourcing R&D to inventors and inventor groups has generated some innovative items, but we've also seen how when companies re-dedicate themselves to innovation and R&D, to invest in what is, for all intents and purposes, play, the result has generally been a net positive. Just look at what Hasbro has done with Jurassic World. They've built more imaginative play into this line than in any recent line of movie toys, and the response so far, is very good.

I'm generally not one to talk about business in terms of patriotism. Still, innovation and taking bold risks is part of our American cultural identity. Why else would the show Shark Tank be so popular? Like children, companies need the freedom to explore, take risks, play, fail productively and ultimately grow. In play, it's never a straight line from experience to learning and application; that's inherently human. Why should we think that R&D in business is any different? How many brilliant and profitable inventions have come around because people were looking for something else? (Silly Putty and Play-Dohto mention just two from the toy industry.)

To put it bluntly: Cut R&D and you cut the soul out of a company. Though it may have some appeal in this era of fast action and short-term gain, it is ultimately unsustainable. As Dickens wrote of Mr. Gradgrind's school in Hard Times, cramming kids with facts at the expense of their spirits was dehumanizing and debilitating. More directly to the point, we've consistently seen that companies who cut R&D may have a bump in the numbers for a bit, but ultimately they have to return to what made them strong in the first place -- innovation. I'm hopeful and relatively confident that DuPont, which has been an innovator since 1802, can convince its shareholders of the value of play. I mean, R&D. 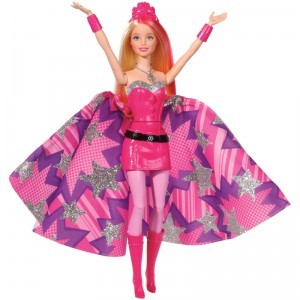 Never underestimate the power of play in childhood or business!