By his own account, Lluís Olivé has been shooting images in the city of Barcelona for about 50 years: street scenes, demonstrations, parades, architectural details, tiles, iron work, doors, doorknobs, windows and of course, graffiti and street art. Calling himself an amateur, Señor Olivé nonetheless has captured a lot of Barcelona's changing street art scene in the last decade and shares a handful of his favorites from the 2,500 or so images he has shot in the city. 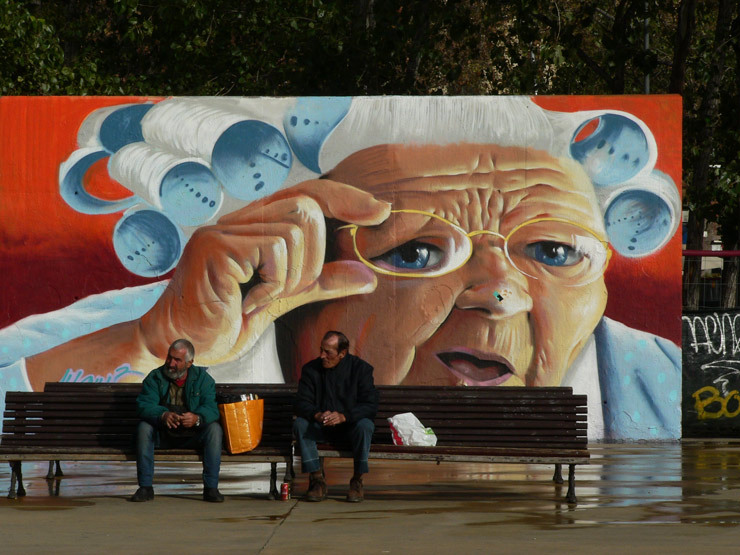 "My experience shooting graffiti began in 2005 when I discovered an aerosol painting of the face of a girl and I was so impressed by it that I began to look for more," he says, describing how he was first bitten by the bug.

I started to tour around different neighborhoods and even though I lived 150 kilometers from Barcelona at the time, I took trips there as often as I could to take pictures of the graffiti and street art. 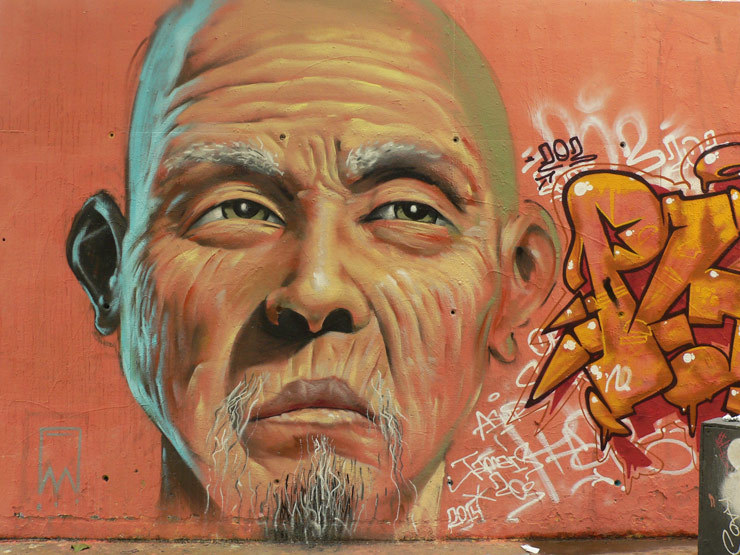 Since 2010, he has moved much closer to the city and, thanks to the friendships he has formed, he says that artists have reached out to him to come and shoot their new work. He favors murals, portraits and faces, illustrations, photorealism and fantasy. Since he now lives closer to the art he has adopted an approach that is methodical. "I research on the internet, search certain hashtags, and check my email -- I usually follow more or less known weekly 'routes,'" he explains.

Unfortunately for street art fans like Olivé, the city of Barcelona has taken serious steps to limit organic street art in recent years. Areas of the city that once burst with thousands of murals, pieces, stencils and wheatpastes had begun to attract tourists to an art scene that outshone many major cities, but according to many artists, the city and real estate industry saw new development opportunities and smothered a scene that had inspired books, websites, videos, galleries and related cultural events. 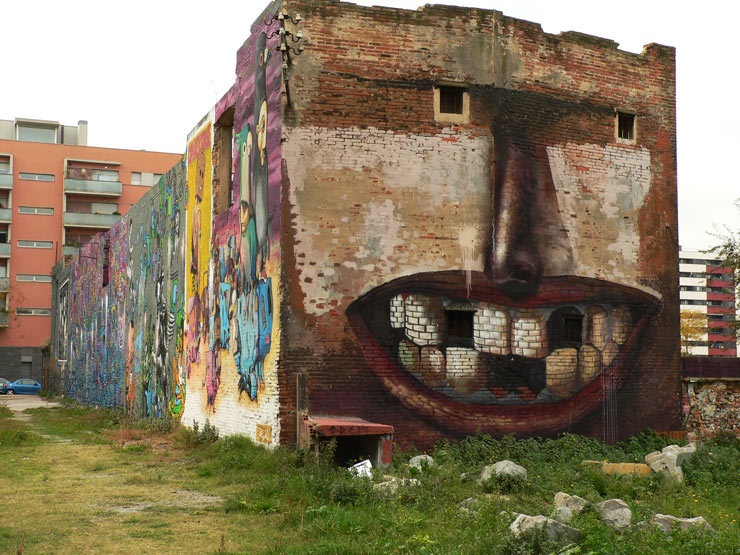 While the city's clean-up efforts have spawned a criticism in certain quarters that the organic nature of the street art scene has been cynically expunged in favor of commercial retail stores and corporate dullness, municipal advocates respond that the city has also created "zones" for individual creativity to be expressed with little restriction.

Señor Olivé believes that both parties have a point.

Since I began taking photos in Barcelona I have seen a huge change from when I started -- the amount of Street Art has decreased due to new municipal policies high penalties. But the city has also created 8 or 10 'approved' zones for graffiti and the quality is often very good. 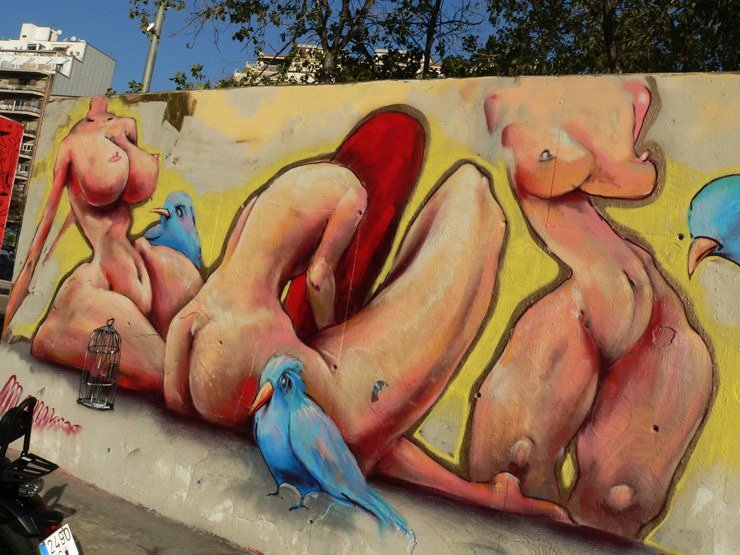 One of his favorite sanctioned spots to shoot is in a park inaugurated in the 1990s where a light and power station once operated and where three tall chimneys from the previous century still tower as a reminder of the history of the city. "Jardines de las Tres Chimeneas" (Three Chimney Park) provides a number of paved skateboarding spots and walls specifically reserved for an ongoing graffiti exposition that is renewed weekly. The park has events including skateboard competions, electronic music performances and exhibitions of hip-hop and break dance.

He is retiring from his regular job this July and plans to take a trip to a number of cities in the U.S. to celebrate with his wife, and to take photos. He has a post-retirement photography plan already. "Starting this October, I am planning a new project for myself to do a one-year weekly documentation of the 'Tres Chimeneas,'" -- perhaps to present in a gallery or some other formal venue.

And of course, there is still plenty of the unsanctioned stuff to shoot, it just may be a little harder to find... 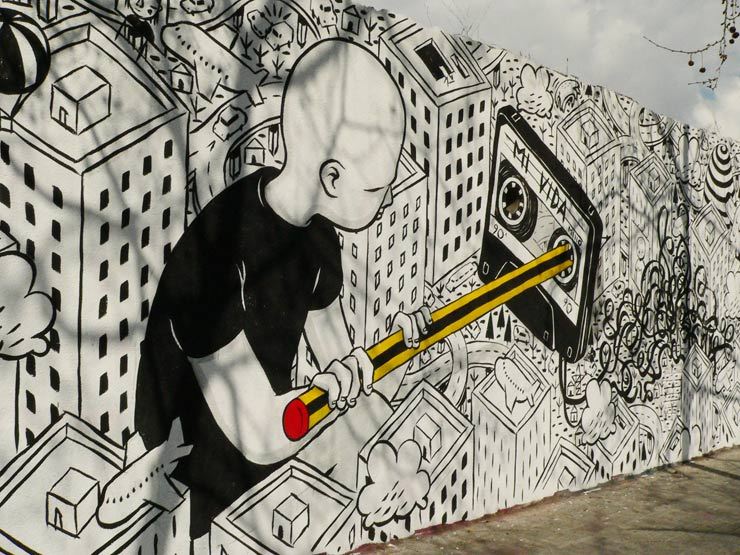 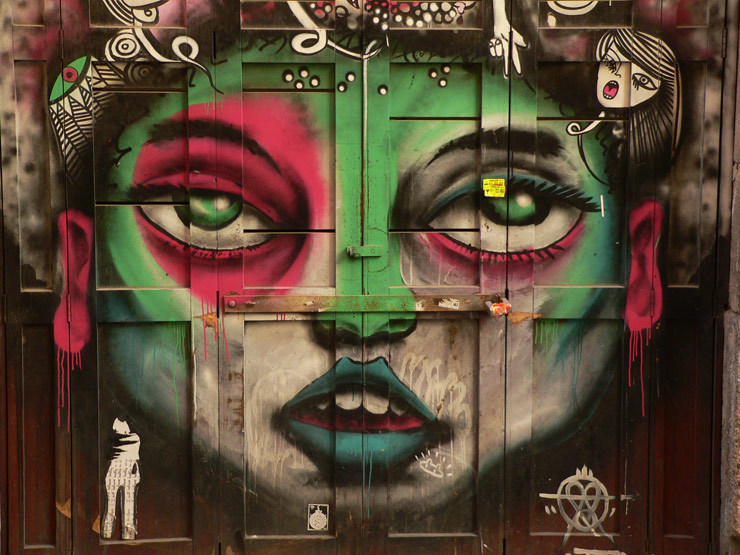 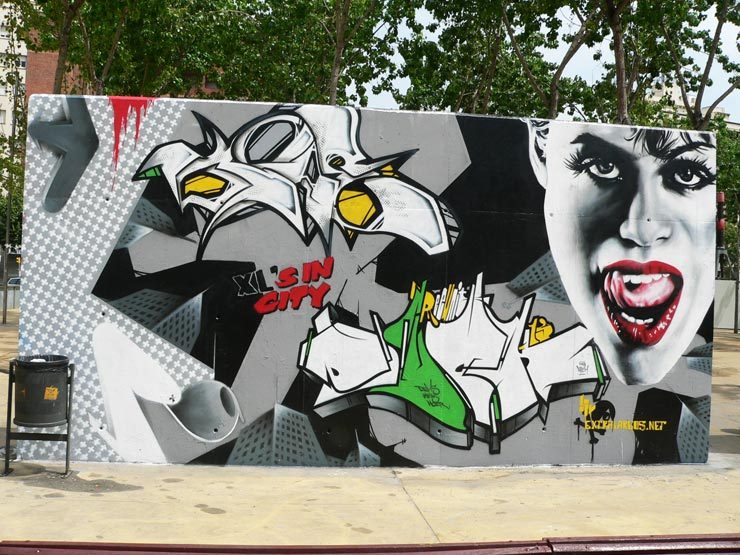 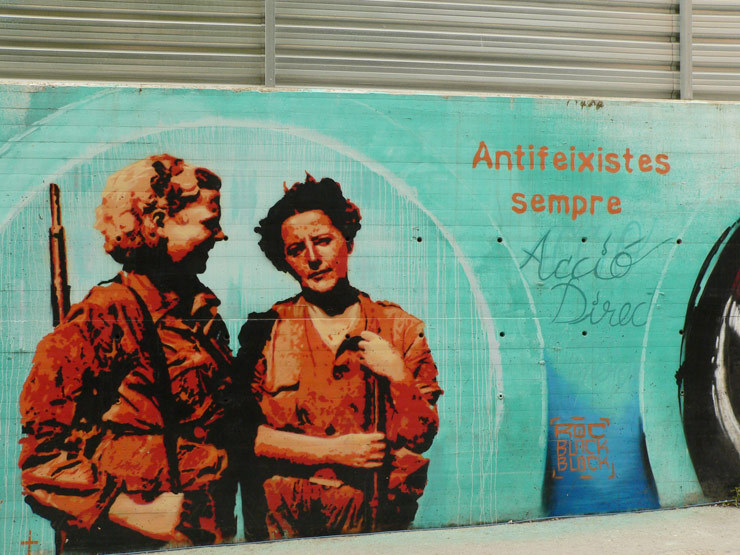 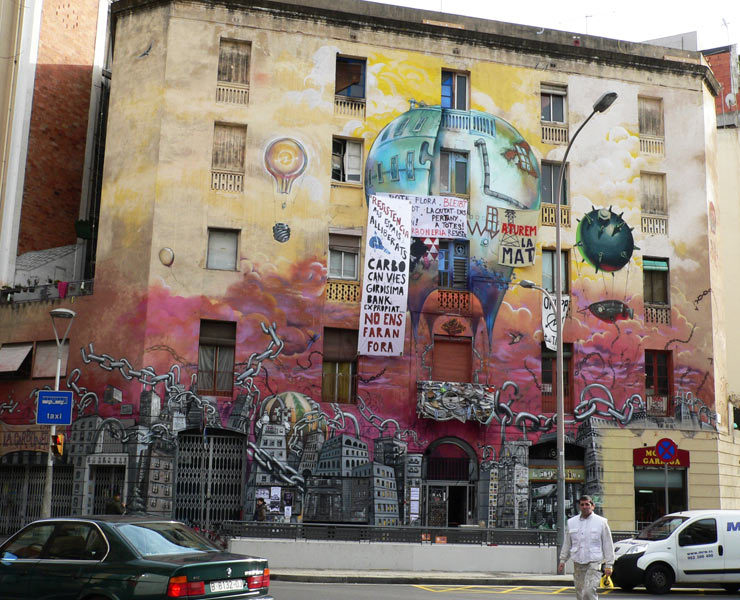 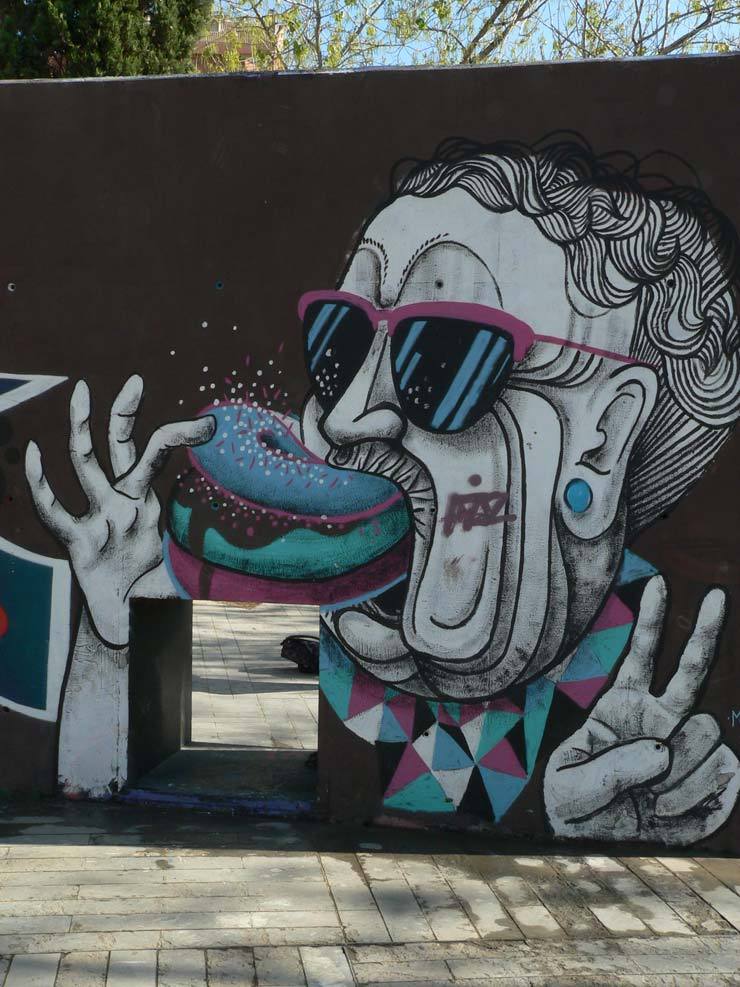 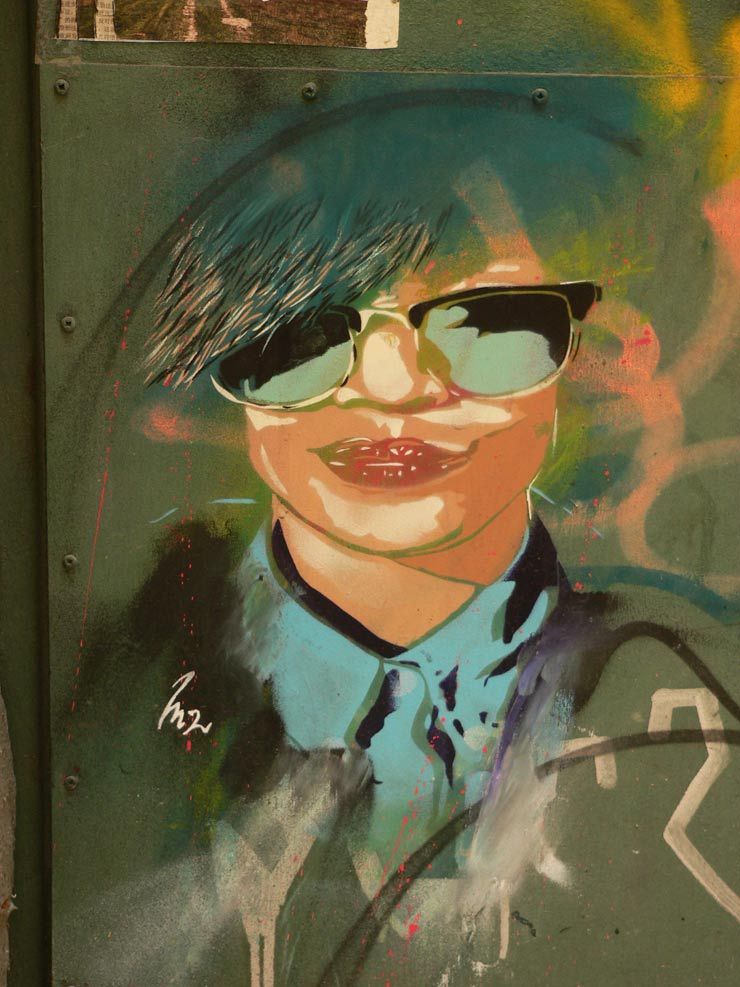 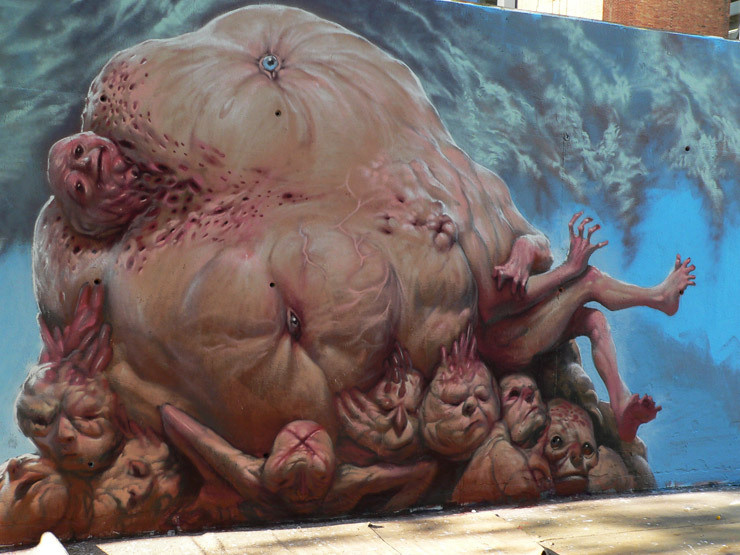 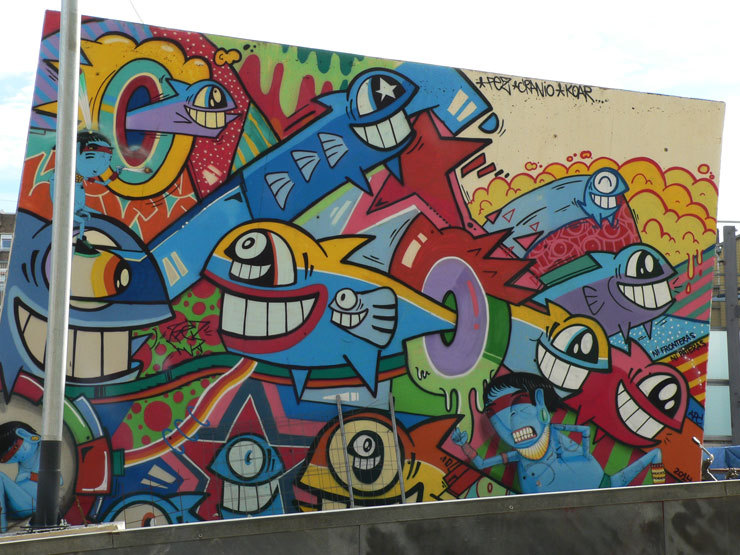 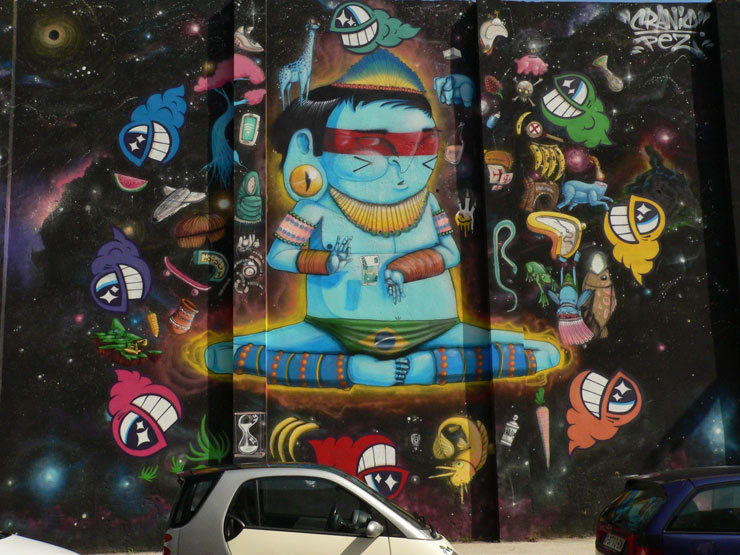 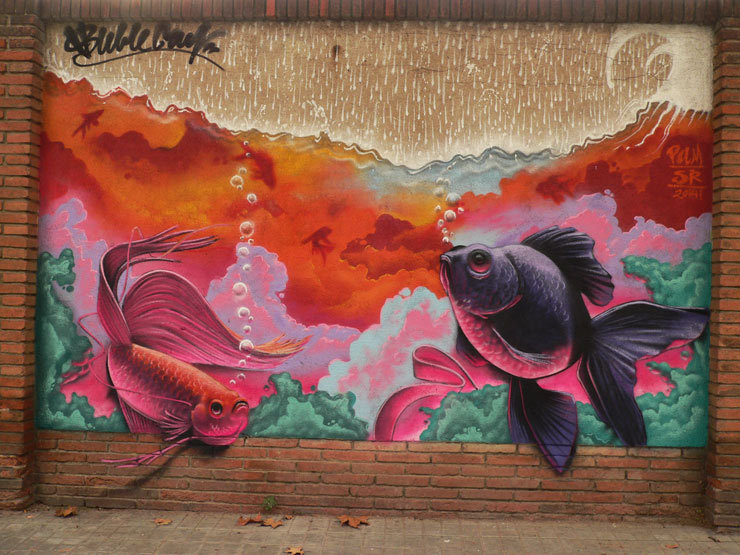 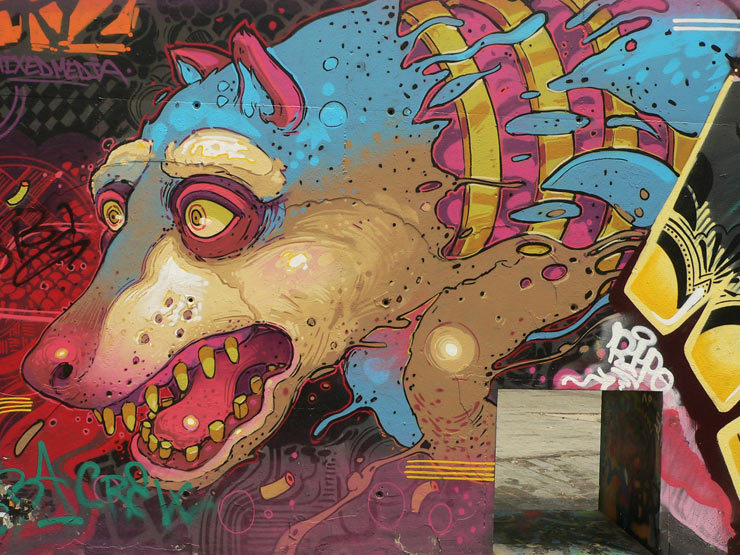 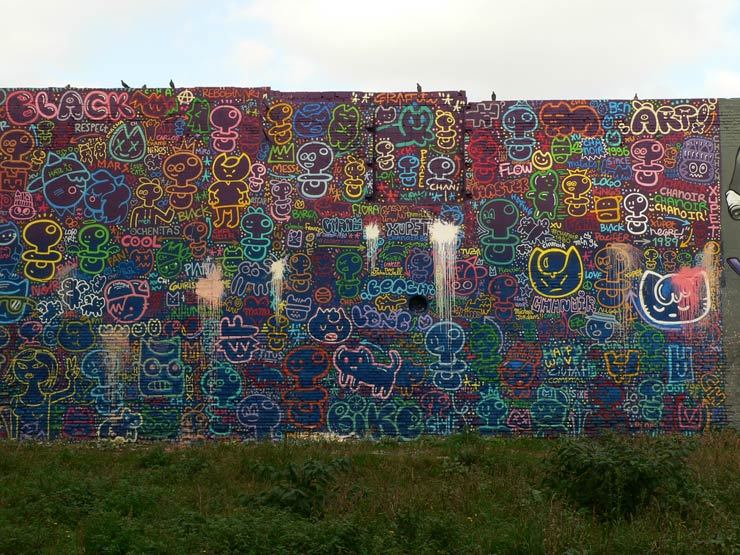