I grew up on Old Mission Peninsula, one mile north of Gray Road, nestled in the back of a subdivision that my grandparents developed when they moved north from a Detroit suburb in the 70s. Perched up on a hill, my bedroom overlooked West Grand Traverse Bay. My brother's room overlooked an expanse of vineyards to the east. And from my sister's room, you could hear the splish-splash of frogs in the front yard pond. Our front door swung freely all summer long as we ran in and out, without shoes, without hesitation. The outside was our inside and every day felt like freedom.

It's been 10 years since I graduated from Traverse City Central High School and moved to Chicago, but returning home every summer reaffirms one of the increasingly few things that I know to be undeniably true: Northern Michigan is magic.

In the heat of July, the whole town feels like a summer romance, a first love. The water, the sunsets, the perfect marriage of simplicity and sophistication, innocence and electricity. It's the kind of place that makes you feel like nothing in the world could possibly matter more than the way the dewy air smells at 7am. Or the way the sun dances along the edge of the clear water midday. When you're there, the only thing that ever matters is the exact moment you're in.

Summer days in Traverse City are long and the sun hardly naps. At night, the Northern sky stays electric blue until half-past forever. Evenutally the Big and Little Dipper come out to watch over the delayed darkness, and everyone looks up to admire. Kids stay up for late-night swims. Wrapped in towels, they fall asleep with sticky s'more faces. The clock disappears.

In a world caught up in invention, there's a refreshingly refined lack of inhibition that exists in Northern Michigan. It exudes a comfortable authenticity, a realness unmatched in other geographies. From the Cherry Riesling to the Cherry Pie, the Sand Dunes to the State Theatre, it's a place that knows who it is and doesn't try to be anything different. This sense of certainty is liberating, and it seeps into anyone who spends enough time there.

As physical appearances go, Traverse City is an eleven. Drive out on Center Road just as the sun is setting and you can taste all of its wonder, its magnitude. Amazement envelopes you -- so much that even in the perfect crisp air, your breathe might suddenly steal away. Like a first kiss, it's dizzying.

Up North, no one bothers to worry about the time or the office or the to-do list because it's the kind of place that just re-grounds you in the good stuff: the stickiness of melted ice cream, sandy barefeet, damp skin, old friends, steaks on the grill. It's overwhelming in its simplicity. And it's perfect.

Joan Didion writes, "A place belongs forever to whomever claims it hardest, remembers it most obsessively, wrenches it from itself, shapes it, renders it, loves it so radically that he remakes it in his own image." What I've come to believe is most special about Traverse City is that while everyone from there clings to it with devotion and unwavering commitment, none of us try to claim it as our own. Instead, there just exists a common understanding that no matter how long we've been away, or how often we return, Northern Michigan's magic runs through our veins, it resides in our bones, it shapes us.

It's only early July and I'm already too aware that these electric days will gradually shorten, these summer months will eventually pass. I know that the buzz of back-to-school will begin to ripple through downtown, the tourists will head home, and sweatshirts will join us at sunset. Suddenly, it will be Labor Day and the romance of summer will come to an aching close. I know this, of course.

But I also know that -- just like with an old love -- and if you hang on to the good stuff fiercely enough, the sense of magic can linger long past its expiration date. 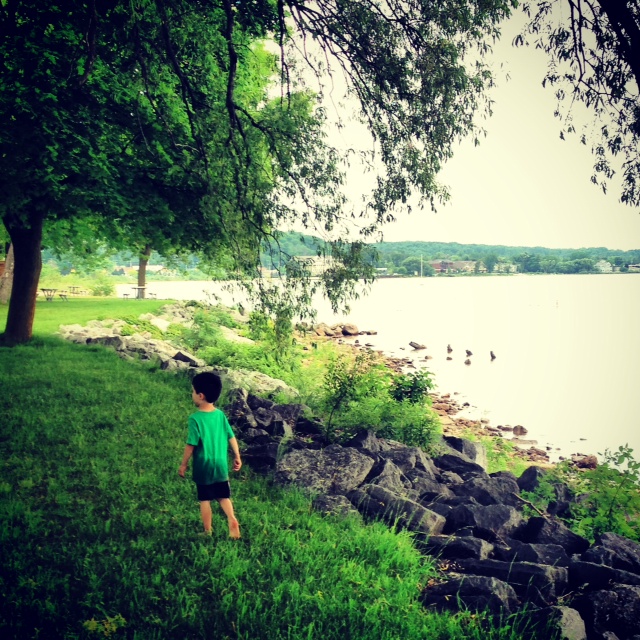