From snake oil to supplements, Americans keep falling for shaky claims about health products. Blame our obsession with finding shortcuts to better health and fitness, and the many companies ready to take advantage of it.

In the latest example, Vibram, the maker of those $100 running shoes that look like feet, recently said it would settle a multimillion-dollar lawsuit alleging it made baseless claims that its FiveFingers shoes improve foot health, balance and muscles. Vibram is the latest in a line of shoemakers and other purveyors accused of hawking products with questionable health claims. It likely won’t be the last.

“Everyone is looking for that magic bullet that’s going to give them that extra edge,” said Cedric Bryant, the chief science officer at the American Exercise Council. “In most cases, if it sounds too good to be true, it probably isn’t [true].”

Companies make billions capitalizing on our desires for quick fixes and improved athletic performance. The Federal Trade Commission has accused at least four companies just this year of marketing "unfounded promises" of weight loss simply by using a cream or food additive. Weight-loss products accounted for the largest share of fraud claims submitted to the FTC in 2011, according to The New York Times.

The FTC's website even has a video warning consumers about how companies "prey on our desire for a quick cure and then bombard us with savvy marketing."

While Vibram FiveFingers and other unique shoes don't sell weight loss, their claims of improved performance and muscle-building still tap into our need for a product that can do the work we don't want to do ourselves.

Before Vibram, there were other companies that tried to convince us of the transformative power of a magic shoe. Skechers and Reebok both agreed to fork over money to customers who realized that simply walking around in an unusual shoe wouldn’t give them the butt and thighs of a celebrity. 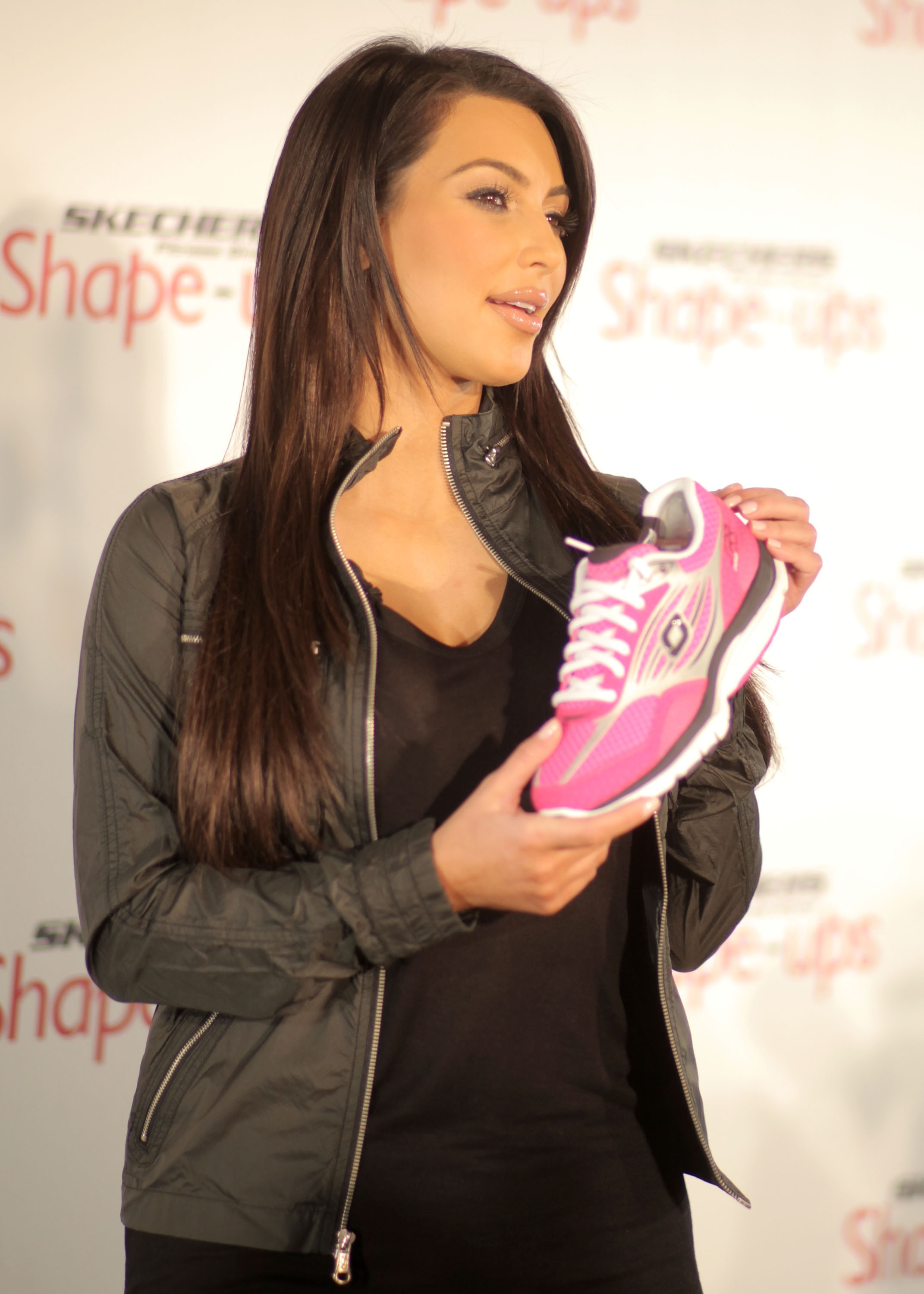 Professional famous person Kim Kardashian with a Skechers Shape Up in 2010.

“The whole sports category is both aspirational and inspirational,” said Matt Powell, a sneaker analyst at Sports One Source, a sporting industry trade publication. “It’s intended for people to think their game is better -- whether it's running or golf or whatever -- if they just get this new kind of equipment.”

To bolster such claims, companies rely on dubious company-sponsored studies or individual testimonials that can mislead, as many customers think one person's experience applies to most users. Bryant noted that if a company's testimonials feature a college-aged athlete, middle-aged men often want to assume the product will work for them -- even though it probably won't.

Vibram claimed to offer runners an easier route to improve foot health and strengthen muscles in the feet and lower legs. But in order for the shoes to work properly, users have to train themselves to run in a style that’s unnatural to many of us, according to John Porcari, the director of the University of Wisconsin’s program in Clinical Exercise Physiology. Porcari said FiveFingers shoes require the runner to start with the ball of his or her feet -- rather than heel first, as most people typically run.

In a 2011 study of the Vibrams, Porcari and his colleagues found that even with training, about half of people didn’t change their running style, putting them at a higher risk of injury.

Vibrams did not respond to a request for comment on its shoes or the recent settlement.

Chris McDougall, who is credited with bringing the barefoot running phenomenon to the mainstream, said the Vibram controversy indicates that people are too focused on using the shoes to achieve their desired results.

“The conversation keeps always coming back the shoes, and shoes are the least important part of the conversation,” said McDougall, the author of Born To Run: A Hidden Tribe, Superatheletes and the Greatest Race the World has Ever Seen. “Running form is what’s important.”

The Vibram settlement and similar scandals should serve as a “cautionary tale” for brands, said Powell of Sports One Source.

“If you’re going to make claims, you really better be able to back them up strongly, and maybe be a little bit careful what claims you do make,” he said.

Still, some customers remain loyal despite the bad press. Vibram’s argument that its shoes can lessen the risk of injury by helping runners mimic a more natural style of running seemed intuitive to Jenny Ryan, a 36-year-old photographer who was plagued by running injuries. She decided to try out barefoot running after reading about its benefits online and in running magazines.

“It just made sense,” Ryan said. “Of course it makes sense, it’s nature, I guess.”

Since she started using the FiveFingers two years ago, Ryan said her shin splints and back and hip pain have largely disappeared. Now she swears by the shoes, buying them exclusively for her workouts and runs she does multiple times a week.