Opening Tuesday, December 8 at San Francisco Opera is the U.S. premiere of a double-bill of Gothic horror - two versions of Edgar Allan Poe's classic short story from 1839, The Fall of the House of Usher. With three additional performances between December 10-13, the program begins with Gordon Getty's Usher House followed by Claude Debussy's La Chute de la Maison. Both productions feature baritone Brian Mulligan as Roderick. The Company has kept Brian very busy and very challenged this season - beginning with his powerful interpretation of the title role in Stephen Sondheim's Sweeney Todd and then as Enrico in the bel canto chestnut, Lucia di Lammermoor. Looking ahead to May when he will sing the role of Jack Torrance in the world premiere of Paul Moravec's The Shining at Minnesota Opera - Brian Mulligan has proved himself to be one bloody versatile Leading Man. 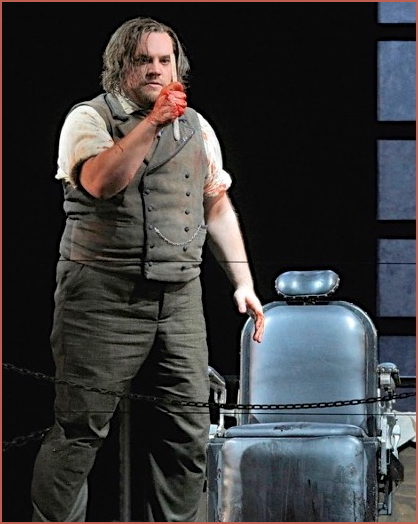 "The Getty is fun-mad, fun-insane," said Brian. "The Debussy is really insane. Depressed. Devastated. Debussy has his interpretation of The Fall of the House of Usher as does Getty. Roderick and his sister Madeline have an incestuous relationship. It's very pronounced in the Getty - incest has destroyed the House of Usher. The Debussy is more could be. That's one of the best parts about the story. It is open to interpretation for anyone who reads it. Is Roderick sick? Did Madeline die? Did he kill her? Did he know she wasn't dead? These are the questions and I'm doing everything I can to bring them all out. The differences in the compositions are apparent because of the score and the language. In both versions Roderick is ill, but there are many kinds of illnesses. Also, he's mad and there many kinds of madness."

Vampirism hovers above Poe's story as does the dread of being buried alive which the author develops in The Premature Burial (1844). At the time, some folks were buried with a cord attached to a bell which they could pull on and ring if aroused from what turned out to be a cataleptic stupor of some sort. The un-named friend who comes to Usher House would certainly have been aware of this cultural angst. In Getty's version, the visitor actually is Edgar Allan Poe. "Eddie" seems to have a lot of hero-worship for Roderick. Perhaps it was something more romantic?

"That is lightly touched upon, but doesn't bat you over the head. It's very isolated and desolate at the Usher house. No one comes there. Roderick and Madeline have each other and, of course, the Doctor is there. When you introduce an outside party, it's only natural that there would be some kind of sexual tension going on." 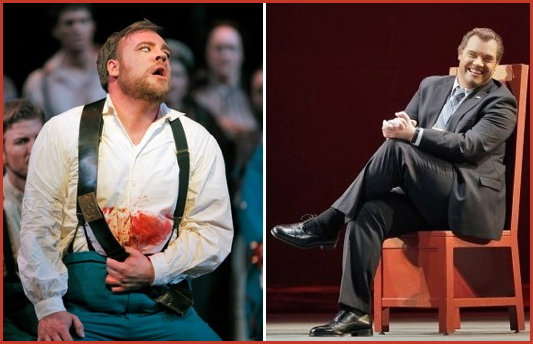 "Roderick and Eddie went to school together and were very close. It was something of a competitive relationship, but they haven't seen each other for five years. Madeline went to the school to visit Roderick. She and Eddie developed some kind of feelings for each other. Eddie is now fascinated by how much Roderick's mental state has deteriorated. Roderick has flashes of sanity, understanding how bad things really are. But for the most part, he is a lunatic. Roderick sends a letter to Eddie saying how ill he is, that his sister is on the verge of death and they are trying to save her. The friend in the Debussy is fascinating. The way we are playing it is that if you've had a few interactions with someone at school - and you haven't kept in contact with them since - then out of the blue receive a letter from them - you really don't know that person. So, in the Debussy, Roderick and the friend barely know each other. But the friend was always fascinated with Roderick. He says, 'I got this letter from you saying you needed my help. So, I'm here.'"

Brian's first appearance with San Francisco Opera was as Marcello in the November/December 2008 production of La Bohème. He returned in June 2010 as Valentin in Faust with a cast that included Patricia Racette as Marguerite and John Relyea as Méphistophélès. Brian delivered a spectacularly aggressive rendition of the Act I aria, Avant de quitter ces lieux - Valentin's noble and heartfelt plea to the Divine to protect his sister against the presence of evil. Brian's vocal line remained charged and radiant throughout, his character ready to face even Satan himself. Something had changed since the winter of '08.

"A major-major turning point for me was singing Valentin here in Faust. The role is so exposed, so much is expected, and you have to sing those High-Gs. I worked and worked and pulled it off. That was the point where I realized - 'I can do this and I am going to do this, professionally, for the rest of my life' - even though it sometimes drives me crazy. It was really about working up the courage, the bravery to sing Valentin - and believing in myself that I could do it. I desperately wanted to be on par with my colleagues and with the company. Physically, I was getting to this point where I needed to believe that my voice would respond how I wanted it to - under a stressful situation, in that moment when you have to deliver."

SFOpera made a bold move this season with Sweeney Todd, a co-production with Houston Grand Opera. Powerhouse mezzo-soprano Stephanie Blythe appeared as Mrs. Lovett and Brian Mulligan replaced baritone Gerald Finley who was due to become a father around the time of the opening. The transition of the Broadway musical to the War Memorial Opera House - with its capacity to accommodate more than 3,300 ticketholders - revealed the expanse and adaptability of the score. From beginning to end, the vocal dynamism of the entire cast was phenomenal, Sondheim's text always crystal clear, the gore and humor even more striking.

"I never say never, but I would be very reluctant to do it again - I think. Sweeney Todd is a role where you can get carried away very easily. I can get carried away very easily. Musical theatre is a different skill set than opera. I absolutely loved the production and every performance of it. But in order to sing Sweeney Todd - you've got to go for it. You cannot sort-of half do it. I sing incredibly difficult music. But nothing was as taxing as Sweeney Todd. To fill a house like the War Memorial? It takes a toll. When I initially looked at the role in July - because I came into it late - what became apparent to me was the screaming, the desperation that is in his voice. I had to figure out how to do that healthfully. It was a role that I had thought, 'one of these days.' But I didn't think I'd get the opportunity to sing it this quickly and certainly not at San Francisco Opera." 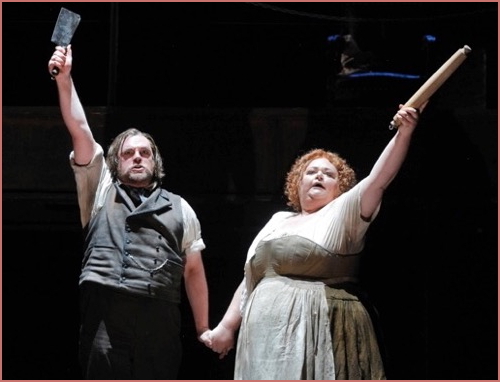 "I've worked on some pretty difficult music in my career so far, but Debussy's La Chute de la Maison is one of the most difficult scores I've ever picked up. Debussy was kind of flummoxed or jarred by the success of his Pelléas et Mélisande. He wanted to throw Usher out the window and start over - with new melodies, with new ways to compose an opera. It took me a long time to learn this score - so much 'there' there on the page. I'm spending multiple hours every day on it - as well as the Getty. It's as though Debussy composed fifty art songs and then took the best parts and snipped them all together. That's how dense it is musically and textually. He has so many ideas and they are all brilliant."

On the Mulligan Calendar

"I'm in an incredible stretch right now with ten role debuts. I get asked for recitals a lot, but it's similar to what I said about musical theatre - recitals need a different skill set. I love art song, but it requires an immense amount of preparation. I may be doing a recital this summer. I am recording two humongous song cycles by Dominick Argento for Naxos which will be released in May. I love singing in English and I love Argento. He won the Pulitzer for one of the cycles I'm going to record - 'From the Diary of Virginia Woolf'." 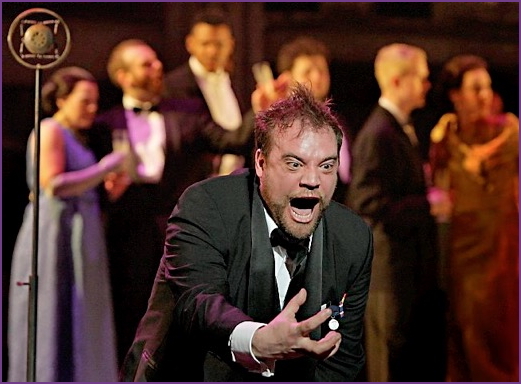 "The Shining is my favorite movie of all time. It's just an astounding work of art. I've workshopped the score with the composer and librettist, the director and conductor. It's a real opportunity for a very good night of theatre. The opera is based more on the book than the film. When I think of Jack, I think more violence. It's terrifying. I've always interpreted it that the terror was there with them, even before the Hotel got them. When you say, 'The Shining' - people pretty much the world over have that image of Jack Nicholson with his face through the door. I will do what I can to bring some winks to that betrayal because it was an astounding performance. But I will keep it my own, of course. Again, this is another kind of madness - different from all the other crazy people I've played."