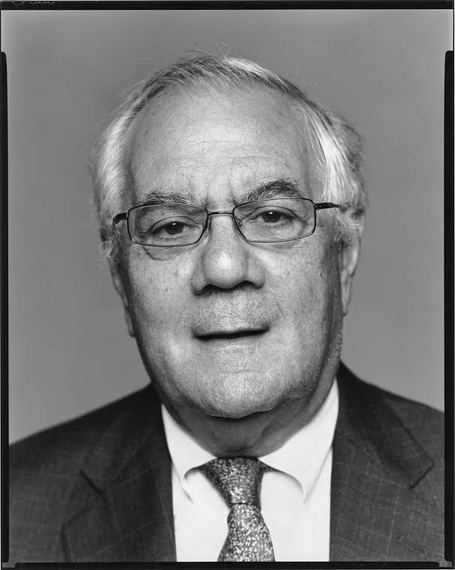 Barney Frank's effortless ability to relate to common folk on issues concerning civil rights is uncanny. The Harvard grad-turned political powerhouse has had his fair say in the causes that have dominated the past 50 years, including the AIDS funding crisis, the Employment Non-Discrimination Act (ENDA), Don't Ask, Don't Tell (DADT), and the Defense of Marriage Act (DOMA). In between advocating for lesbian, gay, bisexual and transgender (LGBT) equality in Massachusetts and Washington, D.C., the New Jersey native vowed to fight the good fight, even if that meant fighting (at times) from the closet.

"Here's a deal I made with myself in 1972: I decided I would run for the state legislature 43 years ago. And at that time I knew if I was honest about being gay I couldn't win; and I wanted to win because I would enjoy it, but I thought I could do some good. But I made this promise: while I'm not going to be honest about myself, I'm going to fight very hard for gay rights. I decided then that the worst thing we have are hypocrites who are closeted gay people who then vote for anti-gay legislation. So I'm very proud that it was 43 years ago that I introduced the first gay rights bill," Frank said. "And some might have said, 'Well if [advocate] for gay rights will they think I'm gay?' And the answer was, look, that I can't deal with. I can hide myself, but I cannot hold back. And I'm very proud of having done that for all these years."

Frank tried to extract himself from the closet two different times throughout his career.

"I was scared beforehand. I do think it turned out that I was more scared than obviously I should have been. But I am proud. Look, I wish I had [come out] sooner, but the fact is I was the first member of Congress to do it voluntarily. Yeah, I'm proud of having done that. Kind of like I screwed up on the courage and I jumped off, and it turns out that it was only a six-foot jump and not a 20-foot jump, but, you know, I didn't know that when I jumped," he reflected.

Having been at the forefront of American politics for over five decades, there's little that still surprises Frank...except the Tea Party.

"Recently I was surprised, frankly, by the meanness and vehemence of these Tea Party people. You know, I've argued with conservatives for years - even Newt Gingrich, who's always a terrible influence - but these people who are so angry and so ignorant of what government should do. I would not have predicted that people this far off would get the power they've had."

Power is both a blessing and a curse - depending on how one chooses to use it.

"There are a lot of people who are angry because so much of the increased wealth in America is going to a handful of people. And there's an irony there, because some of these people are so angry that they vote for people who make the situation worse and worse; who bust unions and oppose the minimum wage and other things that are fair," Frank said. "We had this terrible financial crisis in 2008. The paradox is that it was caused by conservative policies, they were refusing to regulate. But after the crisis, Barack Obama had to step in and he gets blamed for it, so people said, 'Oh this is terrible, they're not helping me economically and I'm losing out,' and on the other hand they're helping these banks."

The frustration of the hamster on the wheel isn't lost on Frank.

"That's the frustration I have that people who really would like to see the government do more have been, I think, dissuaded mistakenly into blaming it. That does not account for the party aggression, the anger and the meanness of these Tea Party people - I do not understand why you have such hatred. I wish I did, but I can't."

Another topic Frank admittedly can't seem to wrap his head around - hypocrisy.

"First of all, and I've believed this since I first started, the right to privacy does not carry with it the right to hypocrisy. You have a right to privacy, but if you get in a position of authority - no one says you have to be in the legislature or in the city government or whatever - but if you take that position and you live as a gay man or a lesbian and then you punish other people, you're a hypocrite and you have a right to not be exposed," he said. "The second thing, somebody asked me about this Aaron Shock, and I said, 'Well I don't know if he's gay or not, but if he's gay he ought to come out.' And then I couldn't resist saying, 'By the way, if he's not gay, he spends way too much time in the gym for a straight man."

"They said, 'How could you possibly even suggest that?' I said, 'Wait a minute, this notion that you can't ever possibly do that is an old notion that's based on the view that being gay or lesbian is a terrible thing, seriously.' You know, people speculate about our - oh, but we could never do that. Why? Because being gay is such an evil thing? If in fact you correctly recognize that being LGBT is just a fact of life, then why is it so terrible? People speculate a lot of things about people, and that shouldn't be any different," he added.

On the subject of identity Frank explained, "I know there are some people who say, 'Well, I don't like having to label myself.' Fine, then don't label yourself. I'm perfectly comfortable saying that I'm gay, that my emotional attachment, my physical attraction is to other men, particularly my husband. And I think that's a fine thing. If there are people who have a more ambivalent view, then they should say that. But I think it's a great mistake to make that big political thing. Because most people do want to identify as either gay or straight, and why do we want to pick a fight with them? So I think your right to be what you want to be, fine, say it, but don't try to impose that on other people. That's an unnecessary addition to the fight - we're fighting for the right for everybody to be who they want to be, not to conform to somebody's notion of what's culturally correct."

Naturally, in any movement there are those in the base who do not wish to participate in the rights we as a collective community fight tooth and nail for on a daily basis. For an example: marriage equality. Frank and his longtime partner Jim Ready were married in Massachusetts in 2012, but that didn't mean everyone agreed with the notion.

"I did have - with some of the people in our movement, 'Well, I think marriage is terrible - why are we fighting for it?' My answer was, 'Look, it's an option - it's not compulsory.' You're exactly right. We were fighting for the right of other people to make their own choices," Frank said.

Speaking of progress (or lack thereof), in the year 2015 American women are still fighting for the right to have an abortion.

"The Republicans are saying that with regard to the sexual trafficking that they want to make sure that none of the fines could be used by organizations that do abortions, it's their own choice. They're refusing to vote on the Attorney General nominee. You know, the only way to really understand it, I guess you got to go talk to some of the people that take their view. I mean, I understand - Yes, I don't know anybody who says, 'I have a good idea, I think I'll get pregnant so I can have an abortion.' It's not an easy decision or a happy decision, but the notion that you force this to people is crazy," Frank said.

Another long overdue point on the political agenda in Washington: a cure for HIV.

"You know, there still isn't a cure for cancer. We don't fully understand it - we can make it better and even if you don't cure it, you can make it much less debilitating and have people live longer. I hope there is a cure soon, but it's better than it was - and as I said we don't fully understand," Frank said. "Look, there are diseases such as Parkinson's disease and Lou Gehrig's disease, which are death sentences right now, and people have been trying for a long time to figure them out. It's not easy, obviously, and there's no guarantee that we win these things."

Speaking of a cure to various ailments, can a Hillary Clinton presidency cure the nation with a win in 2016?

"I am for Hilary Clinton. I think that Elizabeth Warren's right to say that it's not good for her to run - I don't want the Democrats to split and get into a bitter fight and waste a lot of money like the Republicans in 2012. Hilary Clinton is, from the liberal standpoint, very good on all the issues, she's got a good head-start," Frank said. "If [Warren] she were to say, 'Oh I'm running for president,' she would lose her credibility; people would say, 'She's just a politician.' I am very supportive of Hilary Clinton and I think people shouldn't forget she's a very liberal woman, and if she wins that's a big advance."

Where does that leave potential candidate and current Vice President of the United States Joe Biden in the race?

"I like Joe personally, but he has come across not very well. People, I mean unfairly, think of him as something of a - not as serious as he is. He is, but I think Joe's...Joe's not self-disciplined enough. He talks too often, being too physically affectionate. He's very well-meaning, he's very bright, but I don't think he [would win the nomination]. Once the public or the media gets a certain image of you, it's very hard to shake it. So poor Joe Biden, if he - whatever he does they see him through that lens. He would only run if Hilary decided she wasn't interested, which I don't think is very likely." 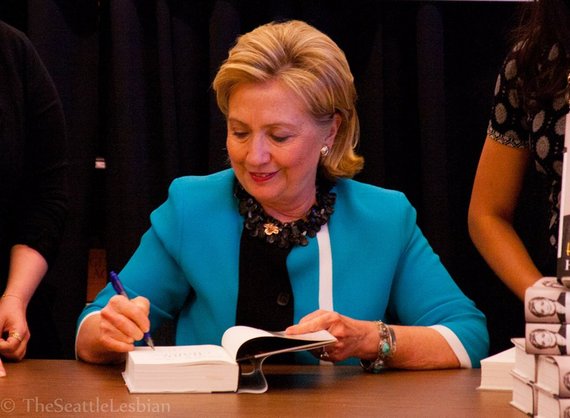 Frank has proven he is a man of his words. When colleagues would ask him if he was a lawyer in certain situations, he'd inevitably say 'No,' and his ideas would be immediately shot down. One day, he became a lawyer just to spite them. Inevitably all of this to say - sometimes the best path is, truly, the road less traveled.

Frank's advice to young politicians just getting in the game: have a backup plan.

"First of all, if you're LGBT, I would say at this point, get your life in order; don't sacrifice who you are. Winning political office is kind of like getting a top acting job, there are a lot more people who are capable than there are slots. So the first thing you do at the very beginning of a political career is find something else that you like to do that you can continue to do even if you don't get elected that you feel is valuable and you enjoy," he offered. "And once you do that, start getting involved. And also though, understand there are advantages and attractions and good reasons to be in politics even if you never get elected to anything. I started out thinking because I was gay and Jewish I would never get elected to anything, and I was looking forward to having a very good career working with other people as an aid, etc. So people should look at it in that broad range."