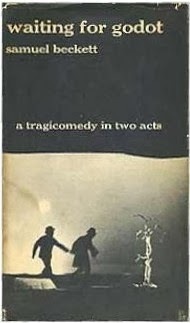 Barney Rosset was the founder of Grove Press and Evergreen Review and was a proselytizer for among other things the Theater of the Absurd. He brought the works of Beckett, Genet, Pinter and Ionesco to the reading public and also was famous for fighting the right to publish Henry Miller's Tropics (of Cancer and Capricorn). He released seminal works as varied in their locus of rebellion as Last Exit to Brooklyn and The Autobiography of Malcolm X. As the publisher of Evergreen Review he crossed paths with literally every esthetic and political avant-gardist who was anybody. He was married to the seminal abstract expressionist artist Joan Mitchell and a kind of comrade-in-arms of the writer Norman Mailer, with whom he shared a love of wine, women and provocation. At the end of his life when Barney's enterprise had been diminished by financial problems, he was no longer capable of employing his voracious appetite for life and manic energy in the same arenas he did as young man. But as the old expression goes one door closes and another opens. Barney turned his attention to a 22'x12' wall of his loft which he turned into an enormous mural. Besides leaving a powerful literary legacy when he died in 2012, he also left behind "his wall." Free expression was Barney's turf and the cause he fought for and his wall is a mixture of abstraction and figuration, of life and art, that is the epitome what might be termed the "free expressive style." The mural is really a three dimensional collage that contains sculpture as well as paintings within the parameters of the larger work. It's outsider art, done by a consummate insider. Barney's Wall is a picaresque journey through the history of 20th Century modernism and it conforms to the dictates of the modernist view of what art should be. To quote Susan Sontag it's Against Interpretation, being not a window onto the world, but a world in and of itself. The impresario's final act was to add himself to his own name to the list of luminaries whose careers he championed. And Barney's Wall is something to be reckoned with. Yes there are fragments of his obsessions from Thai Bar girls to a pool table that might have existed in some of the famed downtown watering holes Barney frequented like the Cedar Tavern (where Pollock and other abstract expressionists held court). Now filmmakers Sandy Gotham Meehan (writer, producer), Williams Cole (producer, director) and David Leitner (cinematographer) are creating a film entitled Barney's Wall in which a number of visitors including writers, curators, analysts of varying persuasions, an anthropologist, a paleontologist and others, most of whom have never seen the wall, have been given an opportunity to free associate or riff about the wall's effect on them. However, filmmaking aside, what will happen to the sui generis monument to the intersection of political and esthetic revolution--when Barney's widow, Astrid, gives up the loft on Fourth Avenue where "the wall" now proudly stands? Hopefully MoMA, the Guggenheim, the Whitney or one of the downtown arts institutions like the New Museum will take it upon themselves to preserve it for posterity.