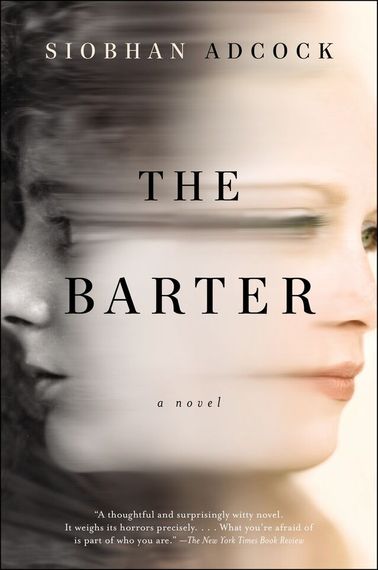 Bridget, the main character in Siobhan Adcock's novel, The Barter, faces one of life's hardest questions: what would you give to save your family? To save your life? Adcock spoke to me about the nature of sacrifice, how women barter, and the power of fairy tale.

The Barter is such a haunting book; which elements first came to you?

Back in the dim and distant pre-kid years, I read a short story by Alice Munro called Differently, from her collection Friend of My Youth. In that story, a woman -- a mother -- has a realization about herself that has never lost its power to scare the bejesus out of me.

In Munro's story, the main character comes to a point where she realizes there's this thing she can't live without, something she wants for herself, and she wants it so badly that giving it up feels like a question of life or death: "She would not have bartered away an hour of her children's lives" for this thing, but getting it back, if somehow she only could, "would have given her a happiness that no look or word from her children could give her." An hour of her children's lives? In exchange for her own happiness? What kind of a choice is that? What kind of a woman is that? What kind of a mother is that? 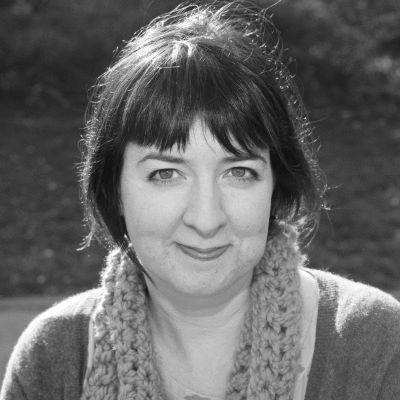 So The Barter kind of builds and borrows on this moment (which apparently I'm still not done talking about or thinking about), while turning it into a ghost story -- because in a way I think it's one of the spookiest things I've ever read.

Bridget thinks to herself, "You're allowed to want things. You don't have to be special, and you don't have to be a monster to want more in your life than your baby and your house and your marriage." I suspect this is a concept that women grapple with constantly, especially those adjusting to new motherhood. Why do you think it is so difficult for Bridget to know what she wants? Why is it difficult for people in general to accept want?

As a mother of a preschooler, I am constantly quoting Mick Jagger: "You can't always get what you waaaaant!" This is an important lesson, and not just for four year-olds, obviously. But learning what you can live without is sort of the flipside of knowing what you must have, no matter what. The woman in Alice Munro's story knows what she cannot live without -- what makes her moment of understanding so terrifying is that she also reckons its cost.

I think one of the things that worries us modern moms is the thought that someday, maybe even today, you're going to want something so badly, for you and no one else, that your children are going to have to give up something precious so that you can have it. I'm not talking about the last scoop of ice cream in the freezer, either. And what are you supposed to do then?

Two key concepts of The Barter surround the ideas of exchange or surrender. Bridget's Aunt tells her that the things women do "are not for sacrifice" but rather exchange "with will and with purpose." What about this theme of barter resonates for you? What is this novel saying about the nature of women's lives as caregivers?

"Motherhood = sacrifice" is a really persistent and problematic idea, I think. We've defined it that way for so long because it's an equation that satisfies: it's simple and in many ways true. As parents, we're proud to sacrifice for our children -- putting other people before yourself is one way to make the world a marginally better place. It's the golden rule, basically, but with diapers.

I think maybe the reason selfishness is such a potent accusation for mothers is because any inner or external resource that we can possibly muster that might help our kids, we feel a tremendous obligation to give them, because we know how hard it is out there. We know how hard it is to get what you want, let alone what you need. And any resource we hold onto for our own success is therefore defined as something that we're not giving up for our kids -- it's like this zero-sum game where we've got to give everything we have to help our little ones succeed.

But of course it's not a zero-sum game. Women have to succeed in order to succeed. And you can define success however you want to -- working, not working, preschool, home school, baby swim class -- but we shouldn't define it as sacrifice. Because if our kids look at us and see women who sacrifice so much that we never get what we want, what they see is not "success." What they see is: "Mom gives stuff up."

The stories within the novel, the fairy tales the mothers make up for the children, the stories the magician tells, delight me. What powers do you feel stories, especially the heavily metaphoric fairy tales, possess? How does that power manifest in your own life?

Thank you so much for that question -- all the (made up) fairy tales and stories and folk tales throughout the book were so fun for me to write. They were inspired by a mix of the Brothers Grimm and by all the children's books you read so incessantly as a parent of a little kid. Before I had a kid, I never realized how much the job of parenting is the job of storytelling. I think most parents can relate to the feeling of being Scheherazade, telling stories and spinning your imaginative wheels to keep meltdowns and bad moods at bay, and that's certainly part of what inspired me as I was writing this book. The stories that the characters tell are performing a similar function, I think: We tell each other stories to help us make sense of the world and to soothe old hurts, and that all starts when we're children. You can't really write a novel about motherhood without addressing the power of stories.