Vice-President Marketing: We need to capitalize on the patriotic holidays.

Second Vice-President Marketing: Why don't we give a million dollars to help Walter Reed Hospital?

Vice-President Marketing: But that will cost us a million dollars. Isn't it enough that we have someone perform God Bless America in the middle of the seventh inning?

Second Vice-President Marketing: No. we need something more. There must be some way that we can seem patriotic and make some money. We don't want to actually be patriotic.

Second Vice-President Marketing: I've got it. Let's have the players wear red, white & blue hats and then sell the hats for $36.99.

Enough. Does anyone think that baseball really is having its players wear these stupid hats for patriotic reasons?

It's even worse than the fuss over Barack Obama's lack of a flag pin. At least the Republicans were not selling the pins for an outrageous amount. That we know.

When I went to see the Giants and the Rockies on Memorial Day, Tim Lincecum was not wearing the lucky black and orange hat he had worn for all of his victories in the major leagues, He was wearing a ridiculous white hat with a red bill and a red SF. No wonder he lost. 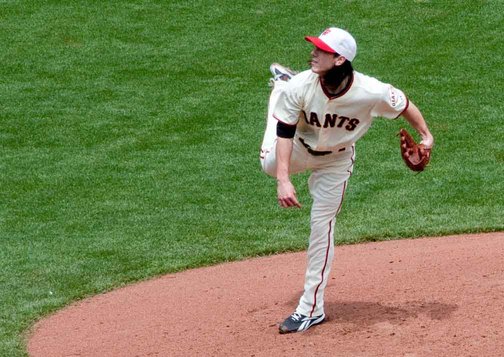 Ubaldo Jimenez was better able to overcome his ridiculous lid and won the game, allowing 4 hits and striking out 9. 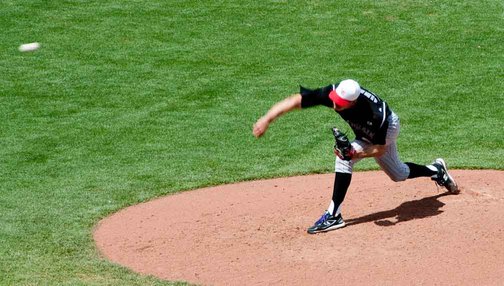 If you think Lincecum and Jimenez looked stupid, take a gander at Pablo Sandoval, a.k.a. the Panda. He looks like he is playing in a beer league in Roxbury Park 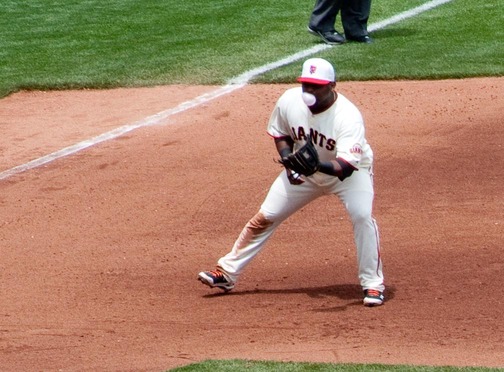 Now here it is the Fourth of July and they are wearing these stupid hats again.

Come on baseball. You are fooling no one. Isn't it enough that you get three hats to sell: a home hat

and an alternative hat?

Do you also have to destroy the view?

UPDATE A commenter below says that "the proceeds" go to a veterans' organization. In fact, the MLB website says that "MLB.com will donate $1 to the WBV Fund for each cap sold."

The site also says, "*Welcome Back Veterans is an initiative launched by Major League Baseball and the McCormick Foundation to raise public awareness about issues facing today's veterans, and to raise funds to support programs and services that these returning soldiers need to repair and restore their lives."

Here is the Toronto Hat, since you asked: 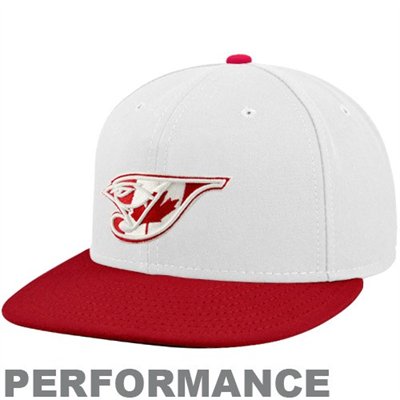