Bashar al-Assad's cousin, Ribal Al-Assad, joined HuffPost Live’s Ahmed Shihab-Eldin Monday to discuss how the 1982 Hama massacre contributed to a rift within the Assad family that has affected the country's governance today.

Ribal al-Assad’s father is considered by some to be responsible for the Hama massacre -- an allegation he has vehemently denied. Assad says his father was unjustly held responsible as a result of the "sectarian aspect" of the tragedy.

"After 1982-84, my father fell out with [President Hafez al-Assad]… It got to the point where there was a military standoff and they wanted to get rid of him."

"And actually, as soon as he left, [the ruling regime] started the open dialogue with the Muslim Brotherhood," he continued. "And they in a way agreed that they had to put the past -- everything that was wrong in the country -- into my father’s name. It's actually not right."

Assad says that his father’s past efforts to promote democracy in Syria make a strong case that he was not involved in the tragedy.

"Since 1967, [my father] had the first and only magazine which promoted human rights and democracy -- not only in Syria, but all over the Middle East," he said. "If he had anything to do with Hama, why would he have done or gone so far in trying to promote those values when he was in Syria… and when he went into exile.”

The rift in the Assad family continues today. Assad says he hasn't seen Bashar al-Assad in more than a decade.

When asked if he was in contact with the Syrian President, he responded, "Not at all. I only met him one time in 1994. It wasn't such a pleasant meeting at the time... Two weeks after that they tried to assassinate me at the Damascus International Airport."

While Assad is not optimistic about the upcoming Syria peace talks, he believes the Syrian people deserve a peaceful transition to democracy.

“[The Syrian people] do not want to move from a dictatorship to a theocracy. People want a genuine democracy. The 70 percent majority of the Syrian people who have been standing on the side, they have always dreamt of something better," he said. 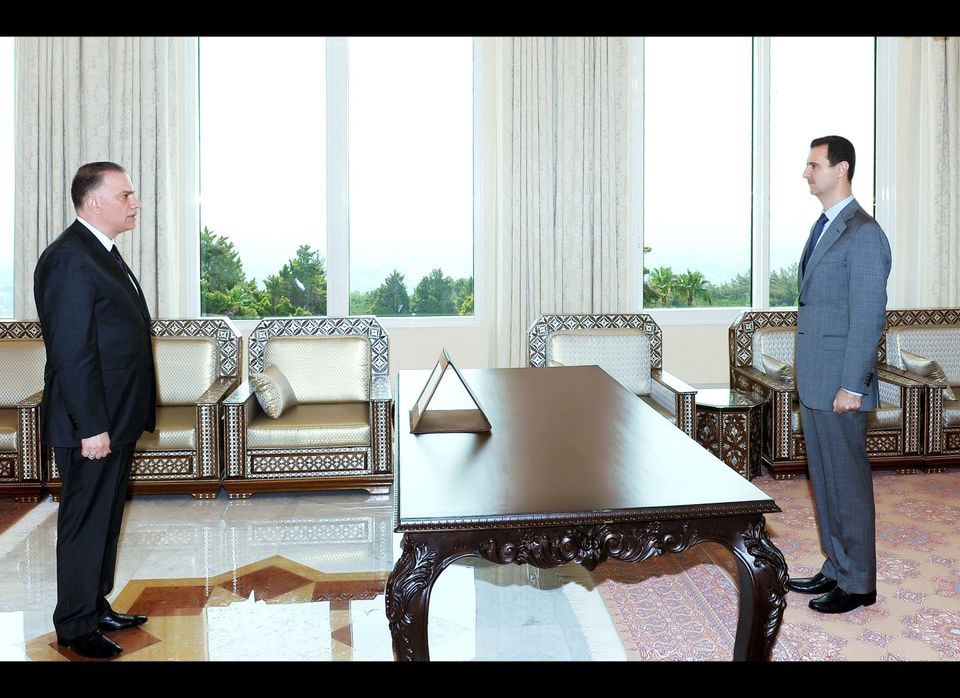