Those cut out to be teachers are a breed apart. The good ones, who make a difference in people's lives, are priceless gems cherished long after they're gone.

Such was the case with polyglot Waheed Samy who wrote several books on the teaching and learning of Arabic, who straddled Arab and Western cultures, who loved to impart knowledge, and whose sense of humor added that extra flavor to the task.

Sadly, Samy was unable to complete his last book, Basic Arabic: A Grammar and Workbook. He was felled by a heart attack, slipped into a coma and passed away in February 2011 at age 60. 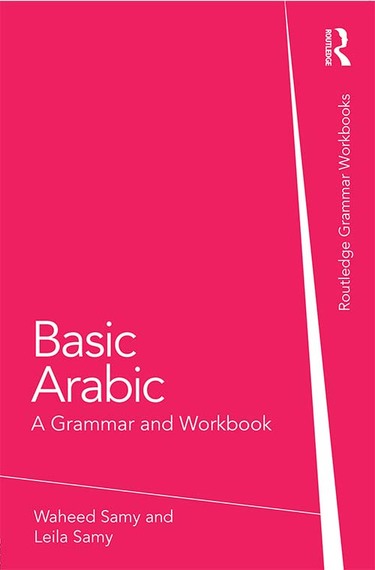 But his daughter Leila, a U.S. federal government employee in the Washington area, completed the task and turned his effort into a 368-page tome published in 2014.

It covers just about everything a beginner needs to know about a rich, complex and fascinating language sought out by countless learners across the globe.

On how words are formed, the authors wrote:

Arabic words are derived by root radicals and pattern systems. A root assigns the core meaning to the word and may be bound to patterns of letters and diacritics to generate words with different meanings and functions within a sentence.

Roots contain the core meaning and are the primary entries in the Arabic dictionary. Patterns carry information and specific features (e.g. gender, a type of place, a type of profession, someone carrying out an action, a tool). The pattern may be combined with the inherent meaning in a root to generate nouns and verbs.

Not a language for the faint of heart, but one that more people, including Arabs, are realizing is an important key to opening cultural, scientific, mathematical, historical and religious doors in the Middle East/North Africa region and beyond.

The book, which self-learners and instructors of Arabic can use, is divided into 51 chapters with topics ranging from the language's writing system, to the function of diacritics (a/k/a al tashkeel wal i'rab, the symbols above and below letters that give them their sounds), syntax functions, human and non-human classifications of nouns, the use of gender in everything, verb conjugations, and more.

Arabic may appear and sound incomprehensible to the uninitiated. It's written from right to left, has many guttural sounds, and provides endless possibilities in its very rich vocabulary.

The letters have no upper and lower case, the authors tell us, and their shape depends on their context, i.e. whether they are standalone or joined to other letters within a word.

Over the centuries Arabic has provided beautiful, elaborate and intricate writing styles that predated what contemporary readers find in various printing and computer fonts.

The "human category nouns" add a level unknown to English-language speakers, readers and writers: dual human nouns that are further classified by gender. So two male engineers would be written differently from two female engineers.

Plurals are also written differently, and determined by gender. You don't just add an "s" at the end of the word to denote more than one as you would in English. 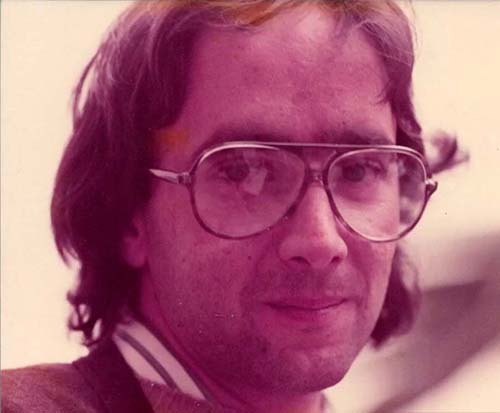 Waheed Samy from a family video

The non-human category for inanimate objects and the like is also classified by gender.

So a singular car is feminine, whereas a singular pen is masculine. But plural pens are feminine.

An interesting reversal of English is the noun-adjective phrase.

In a noun-adjective phrase the adjective follows the noun. This order is the opposite of English; thus the English adjectival phrase 'the white house' is rendered in Arabic as 'the house white' with the adjective white following the noun house.

In English we come across definite and indefinite articles. In Arabic, nouns and adjectives deemed specific take the definite article "al." Some sentences comprise a sequence of two nouns where the first noun has "al" and the second does not, the book explains.

Teaching all these variations and permutations to novices is challenging and requires mastery with an ear for nuance.

Samy, who was born and raised in Egypt, lived there as well as in the United States, Lebanon and Switzerland. He was a linguistic chameleon whose command of languages extended to accents and dialects that he mimicked to a T. 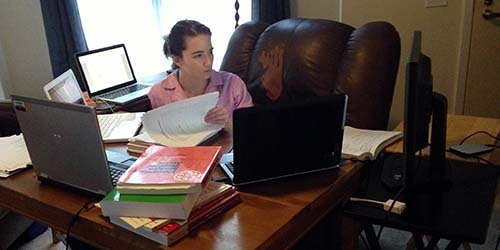 He was also an accomplished musician with perfect pitch, a gifted photographer, and an amateur pilot.

He spoke at conferences, published extensively, reviewed books, papers and articles, and, worked on software packages for a range of institutions including the satellite news channel Al Arabiya, the Encyclopedia Britannica, Georgetown University Press, Routledge, and Yale University.

Samy taught Arabic at the American University in Cairo for 25 years, served as director of the Summer Intensive Arabic Language Program for 10 of them, and founded AUC's Arabic Computer-Aided Language Learning Lab.

In later years he taught Arabic at the University of Michigan where he led the development, design, and programming of Arabic multimedia instructional software for UM's Near Eastern Studies Department.

He earned his Ph.D. from UM at Ann Arbor, got his B.A. and M.A. from AUC and received training and certifications in technology and multimedia from various institutions, including the University of North Carolina at Chapel Hill.

To honor him, AUC and the Center for Arabic Study Abroad (CASA) launched "The Waheed Samy Award for Excellence in Arabic Writing" for advanced learners of Arabic. 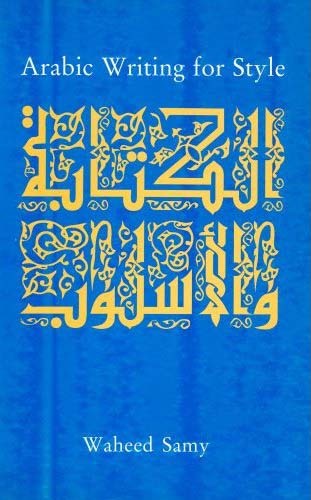 The book, written entirely in Arabic, is aimed at intermediate to advanced levels of learners.