With his gravity-defying dreads and the uncanny ability to make a suit and tie look as laid back as pajamas, it's no wonder Jean-Michel Basquiat was somewhat of a style icon amongst the 1980s New York set. If you consider the Neo-Ex art darling a sartorial god among mere mortals -- and have around $10,000 to spare -- boy do we have the piece of outerwear for you. 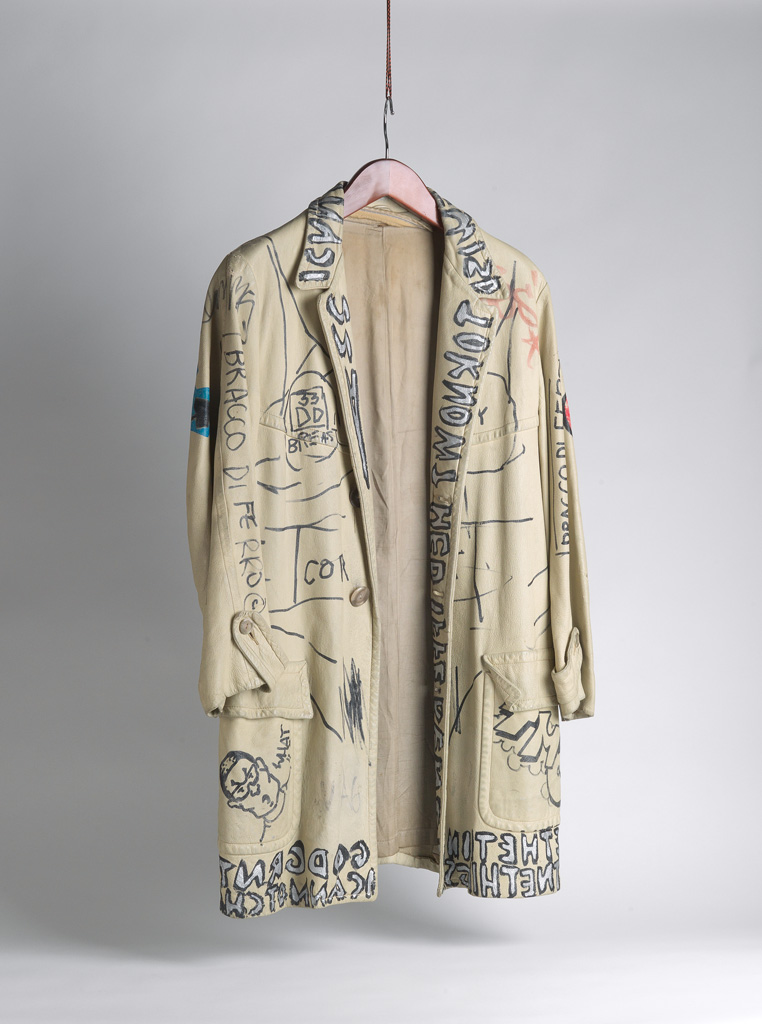 What you're looking at here is a white Scully leather jacket, size 42, dating back to the early to mid-1980s. And yes, it's been tagged by Jean-Michel himself. The jacket once belonged to a woman named Joy, an elevator operator at an after-hours club named Danceteria. During her shifts, Joy was known to ask the club's celebrity clientele to sign her jacket. (Other VIP guests included Andy Warhol, Keith Haring, Run DMC, Beastie Boys and Madonna.) 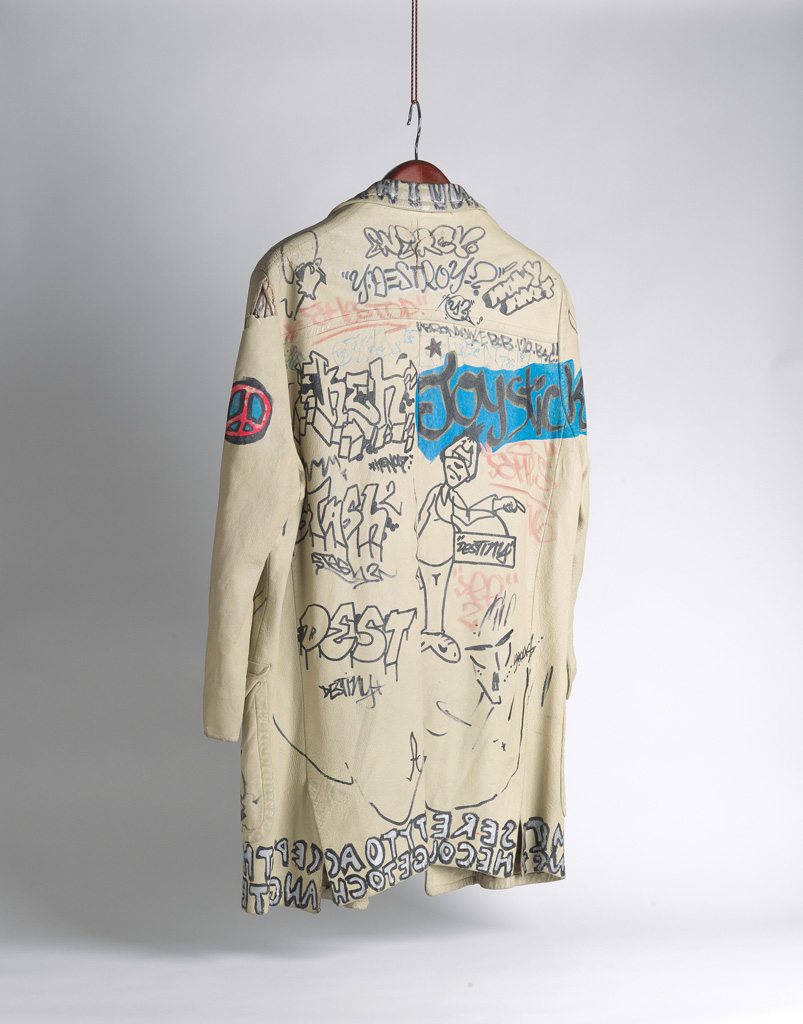 Basquiat contributed a few of his signature graffiti-inspired doodles onto the leathery canvas. He ever-so maturely wrote "breast," "tity," [sic] and "corset" onto said corresponding body parts. The christened garb was also signed by artists Jep 2, Stash and Energy. 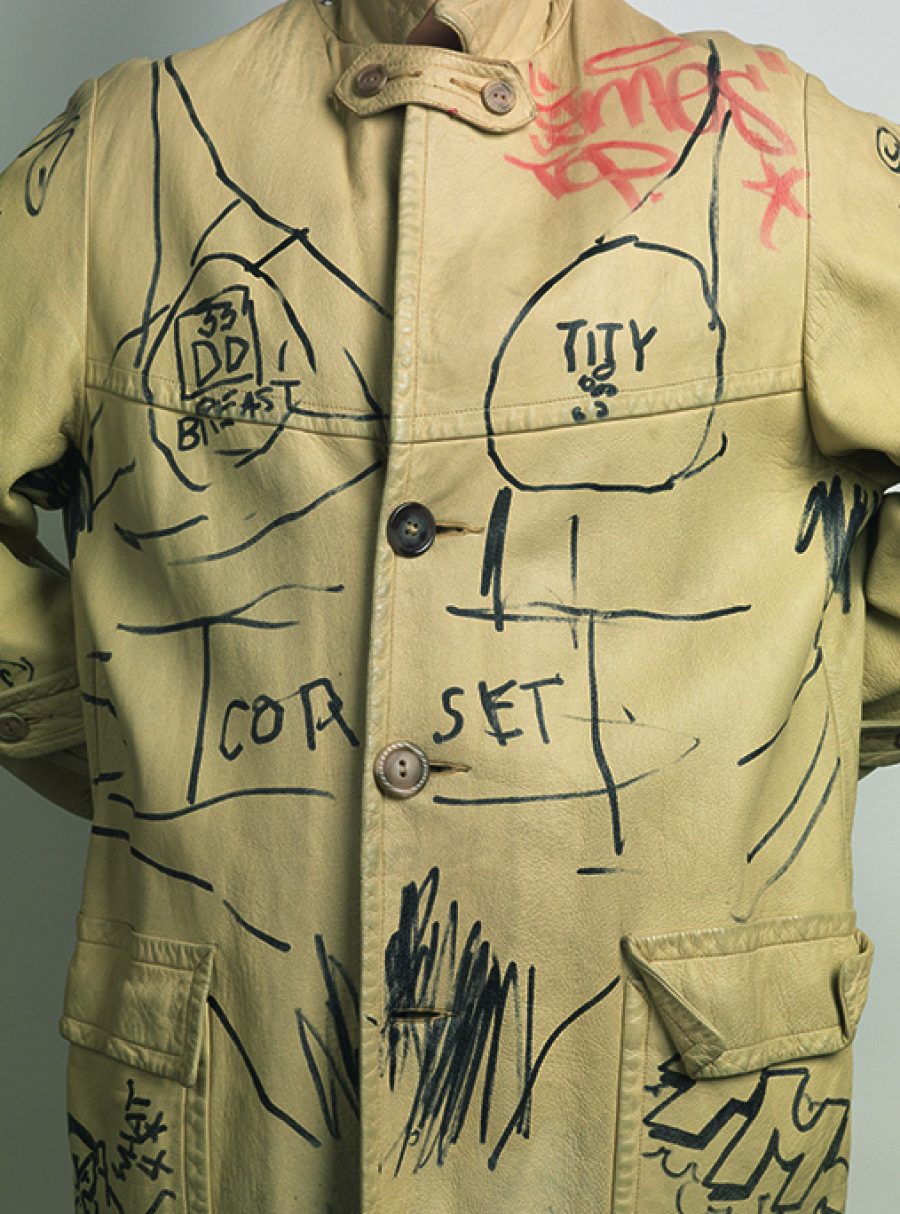 The coat-cum-artwork is headed to the auction block as part of Swann Galleries' Contemporary Art sale on November 12. The wonderfully eighties get up is slated to sell for between $7,000 and $10,000 -- not bad for an original Basquiat, even if the majority of the work is naming synonyms for breasts. Visit Swann Galleries' website to learn more. 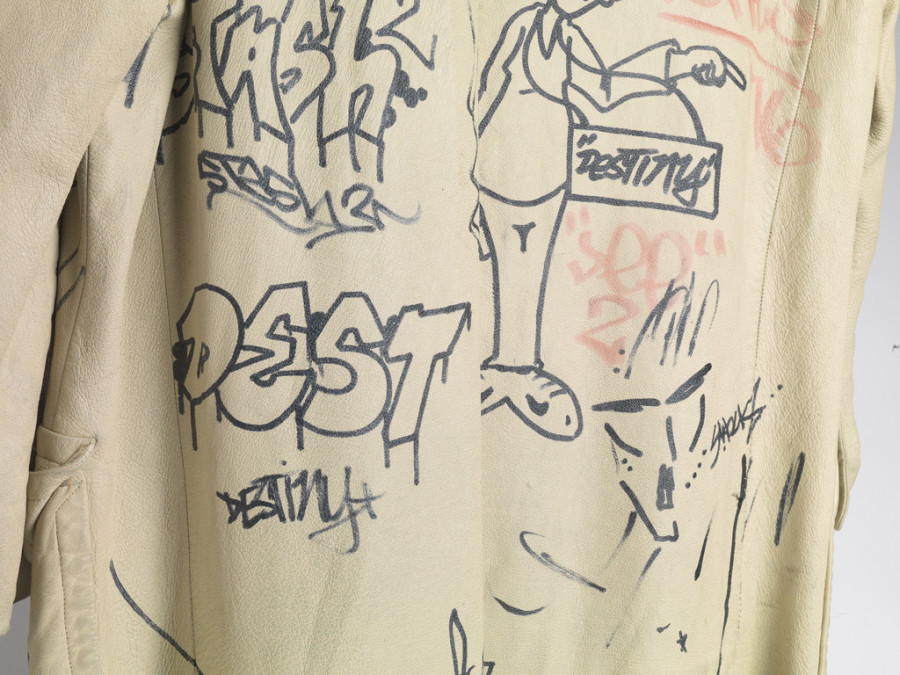 Basquiat Tagged An Elevator Attendant's Jacket... And Now It's Worth A Lot Of Money
Happy Birthday Basquiat 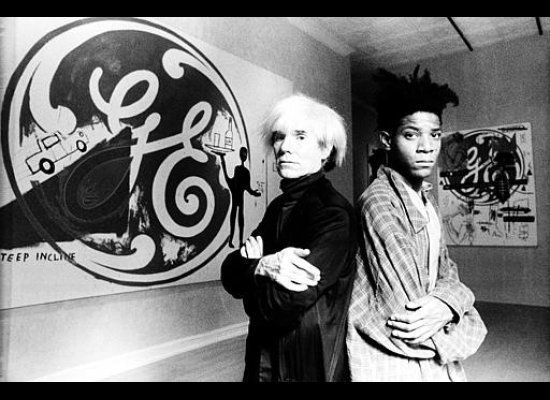