Ladies and gentlemen, the time has come for another painting by meteoric art icon Jean-Michel Basquiat to hit the auction block. The unusual, and largely unseen, work, entitled "Monticello," depicts the white outline of a nickel against a black background, depicted in Basquiat's typical street-inspired scribble. But the going rate for this five cent coin is a bit more than you'd expect -- the pricey work is set to fetch a cool $1,242,000. 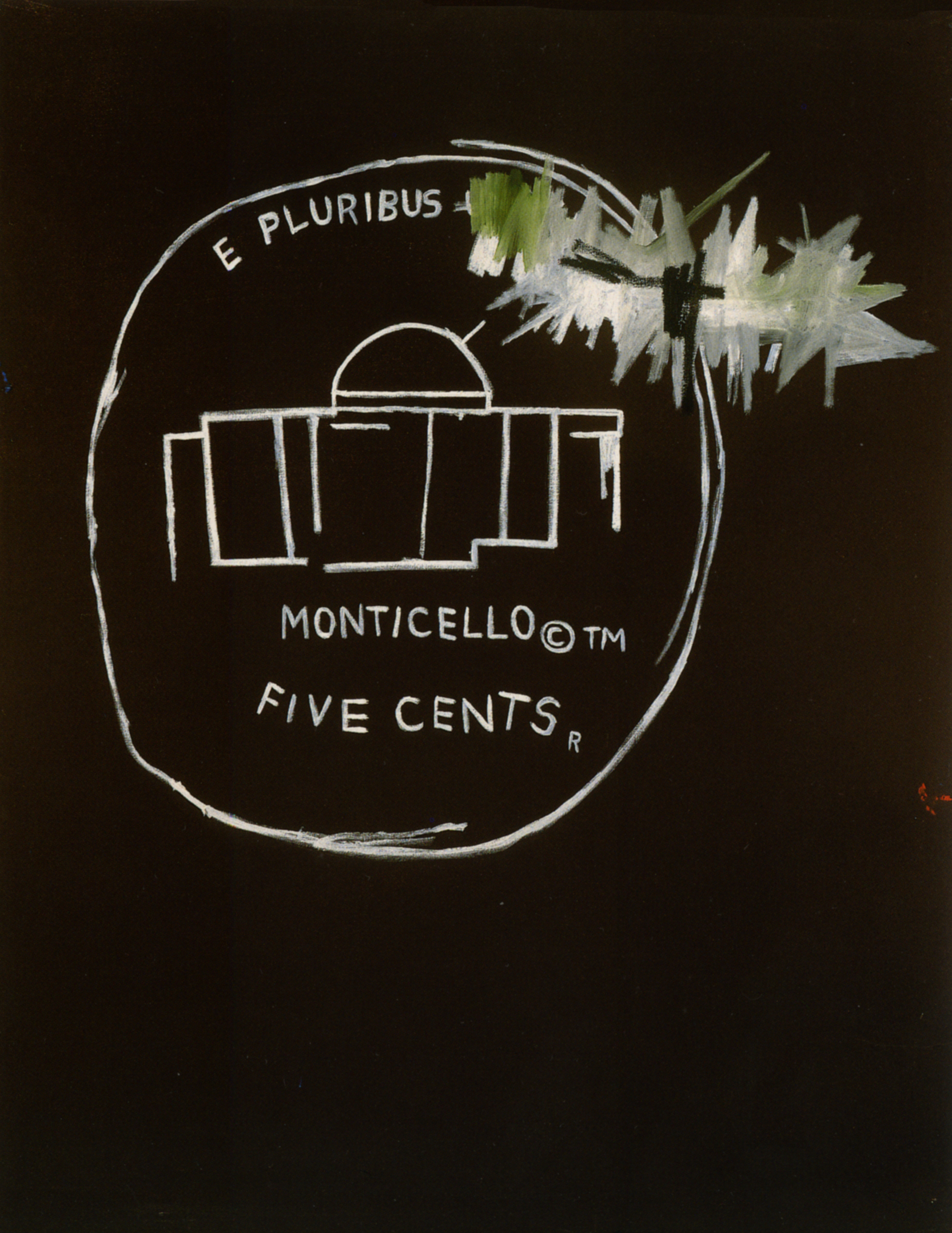 "Monticello" was created in 1986, only two years before Basquiat's untimely death at 27 years old after overdosing on heroine. The piece, although less busy than his more well-known graffiti-swamped canvasses, weaves together diverse influences and styles in Basquiat's signature fashion. The young artist possessed a great talent for seamlessly folding together racial, political and economic references in a whirring visual language simultaneously naive and complex.

The painting depicts a U.S. five cent coin, circling around Monticello, the Virginia home of Thomas Jefferson, a stronghold of the slave trade. The image blatantly references the racist foundations of our country as well as Basquiat's personal narrative growing up as a black artist under economic hardship. He was a homeless teen before blowing up into art superstardom.

On the top of the coin reads "e pluribus unum," or "out of many, one," yet the last word has been scratched out. The erasure of the "unum" could point out the lack of truth in the common mythology of the United States' unity, or it could extend to Basquiat's multidimensional aesthetic, which erases the possibility of a singular meaning in favor of endless multiplicity. Though the piece might look simpler than Basquiat's more universally known paintings, there are enough meanings, influences and visual styles to keep you wrapped up in the work for days.

"Monticello" heads to auction as part of the Urban Contemporary Art Sale, hosted by Digard Auctions and Mary McCarthy, on October 25 at the Hotel Drouot in Paris. The work is expected to go for around $1.2 million, which isn't that bad considering two Basquiat paintings just sold for $4.3 million and just under $5 million at Frieze in London.