A Scottish comic books writer is telling one of the world's oldest stories as a new-age, sci-fi mythical narrative. The animated television series and video game, the creators say, will be like a "Psychedelic Lord of the Rings with Star Wars technology."

Unlike the Greek tragedies, the West is less acquainted with India's ancient epics. But this may soon change for at least one tale called "Mahabharata" -- a poem of nearly two million words about gods and kings, power-hungry relatives, and a climactic 18 day war.

Grant Morrison, author of comics like Fantastic Four, Batman and Superman, along with Indian artist Mukesh Singh, are putting a high-voltage spin on the Sanskrit saga dated somewhere between 5000 B.C. and 300 B.C.

On August 25, the producers Dynamite Entertainment and Liquid Comics released the first of four books accompanying the television series and video game that are still under production.

"Morrison is transforming the perception of India from being an outsourcing nation into a source," said Sharad Devarajan from Liquid Comics.

The escapades of "Mahabharata" are told and retold across millions of homes in India. Before cable, everyone tuned into the only available channel to watch the epic battle unfold one hour at a time on the weekend. Families would sing along with the credits and chant the classic Sanskrit couplet.

The producers are confident that the West will like the "techno-Vedic" mythological plot with a smattering of ancient wisdom and rites, which are the fundamental tenets of Hinduism today. 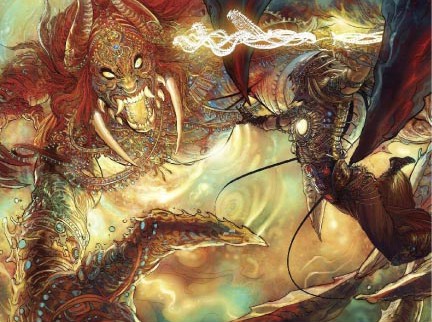 In 18 Days, the colossal war between the five good Pandava brothers and their evil 1000 Kaurava cousins takes place around 10,000 BC in a mega-continent called Bharat, which is the landmass as it existed before the continental drift.

The Golden and Silver ages are already over, and the Copper age is just about ending as the war begins. This time line mirrors the Hindu belief that the world is made up of four ages, and humankind is currently in its fourth and final one.

Morrison's script ditches the chronological chain of events and dives into the chaos of the war, which is filled is with supernatural characters of an ancient world wielding cyber-age weapons, spaceships and costumes.

There is an "enormous techno-atomic hammer of the gods," an "albino super-elephant" and "super-massive hi-altitude dreadnaughts." According to Morrison, "all technology should consider embracing some of this retro-Indian-steam punk aesthetic."

The fighting will end the reign of super gods, usher in the era of man and tip humanity into the last age -- the Iron Age -- before the world ends.

Describing Morrison as a "post modern myth maker," noted Indian-American author Deepak Chopra writes in the preface of the book:

Grant's not only re-imagining some of civilizations greatest characters against a wildly dramatic backdrop, he's also regenerating primordial pieces of humanity that we are sorely in need of in our modern times. 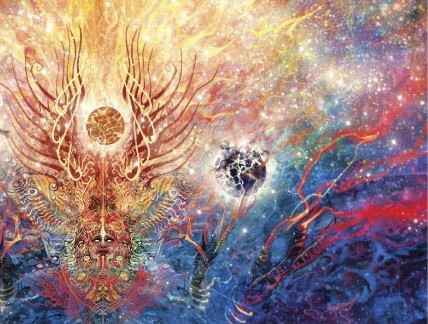 Besides the five hero brothers, the story hinges on blue-skinned and yellow-eyed Lord Krishna -- a Supreme God and chariot driver for the main hero Arjuna.

In his electronic Mahabharata, Morrison doesn't shy away from the philosophical underpinnings of the saga, and deals extensively, for instance, with Krishna's message to Arjuna that he is duty-bound to fight even if it means killing family.

"Is there any other like you who can stand upon the crack of the Ages?" Krishna asks in the new book. This conversation between teacher and student on the primacy of fulfilling one's duty is a sacred text for Hindus and serves as a practical guide in life.

Even in gearing it towards modern audiences, Morrison lingers over age-old convictions that are central to the Mahabharata. For instance, one battlefield description taps into the power associated with blessings bestowed by elders -- in this case more potent than extra-terrestrial weapons of mass destruction.

Then, to make some of this high-strung material relatable, Morrison throws in an easy reference to a popular movie. He initially describes Arjuna as the "The Luke Skywalker of 18 Days!" to "help Western minds locate him on their own spectrum of archetypes."

As the story evolves, however, the comic writer firmly disentangles the Hollywood biggies from 18 Days, by informing his readers that there's "a great deal more to Arjuna than his vague resemblance to the Luke Skywalker."

Images from the book done by Mukesh Singh, used with permission of Liquid Comics. 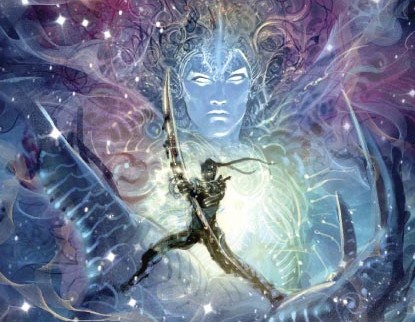 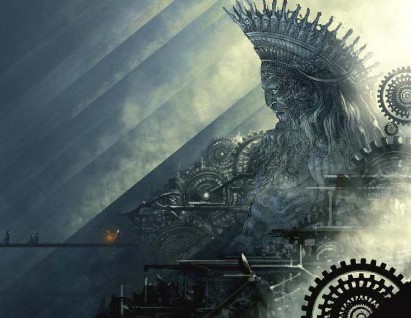 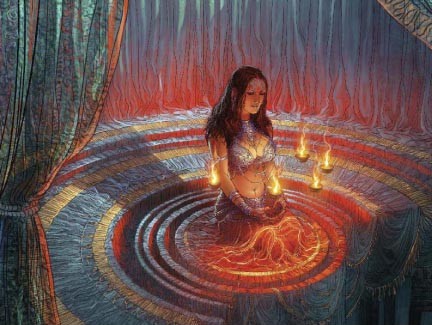