He wears a caped bat costume in public and funds an alter ego out of his personal fortune. As a child he witnessed his parents' murders; as an adult, he puts his own life on the line, practicing a personal brand of vigilante justice.

He may be a comic book character, but Batman provides fertile ground for a psychologist, and California clinical psychologist Robin Rosenberg has taken up the challenge.

But rather than a confidential assessment in her office, Batman’s evaluation takes place in the pages of her new book: "What's the Matter With Batman?: An Unauthorized Clinical Look Under the Mask of the Caped Crusader"(CreateSpace, June 7, 2012). [10 Best Comic Book Movies of All Time]

As a character that came into being in 1939, Batman has had plenty of adventures, which, as of July 20, will include those detailed in the new movie The Dark Knight Rises.

No doubt, Batman has a troubled past. At the age of 8 or 10 — depending on the story — he witnesses his parents murders during a robbery, and, as a result, he resolved to go to war on crime, operating outside the criminal justice system.

"He is the poster boy for post-traumatic growth," Rosenberg said.

This term describes the process of becoming stronger and developing new goals and beliefs by making meaning of traumatic experiences, she explains. In the real world, it is not uncommon for people to turn to social activism. For instance, the founder of Mothers Against Drunk Driving lost her daughter to a drunk driver; John Walsh, the host of the anti-crime TV program "America's Most Wanted," had a son abducted and murdered; and after the Lewis family lost their 7-year-old son Kyle to a rare infection acquired while swimming, they have fought to raise awareness of the problem.

"I think that is part of what makes him a compelling character," Rosenberg said. "I think like a lot of people who put their lives on the line on a daily basis — firefighters, police or the military — I think there is something captivating to that level of dedication."

Of course, Batman's willingness to risk his life for others also raises the question, she said: Is extreme altruism a disorder? [10 Controversial Mental Disorders]

In her analysis, Rosenberg said she focuses on the things that seem strange about Batman, characteristics that might be read as signs of a psychological disorder. Right off the bat, no pun intended, she must address the caped bat costume. It is actually a uniform, intended to frighten and grab attention, and like a police uniform, to send a particular message to crime victims and criminals, she said.

Batman's serious temperament and his sense of guilt over the death of his parents and one of his sidekicks could be construed as signs of depression, and his detachment could be taken as a sign of post-traumatic stress disorder (PTSD).

"Emotional numbing is a symptom of PTSD, and it involves a sense of detachment from others, and limited expression of emotion," she told LiveScience.

However, these traits are not conclusive signs of a disorder, although our culture's tendency to label distinctive behavior as the result of psychological problems can encourage people to read them that way.

"Pathologizing someone is a form of unconsciously taking a mental shortcut when forming an impression of that person," Rosenberg said. "We don't do this with all people, but the tendency to 'put people in a box' is there; if we meet someone who, at first glance seems to fit a 'pathology box,' we will tend to place that person in the box because it's less effort."

Rosenberg said she hopes the book will prompt people to think about the boundary between mental health and illness.

A nationally representative survey conducted between 2001 and 2003 estimated that 46.4 percent of Americans would experience a psychological disorder in their lifetimes.

"If half of people will reach the level for disorders, what does it mean? At some point, it becomes the norm," she said.

Rosenberg draws on movies about Batman and on seminal comic book stories for her analysis. In her book, each chapter takes on a disorder or a spectrum of disorders from which Batman may suffer. But Rosenberg declined to reveal her conclusions about The Caped Crusader’s mental health. [10 Greatest Batman Villains of All Time]

"I invite people, if they know of other stories they think refute my assessment to email me," she said. "If there is enough out there to change my assessment, I will revise it and do a second edition. So it is really analogous to a clinical assessment. Sometimes you find more about someone as you are going."

Rosenberg has previously written about the psychology of superheroes, including blogging on the topic for Psychology Today. 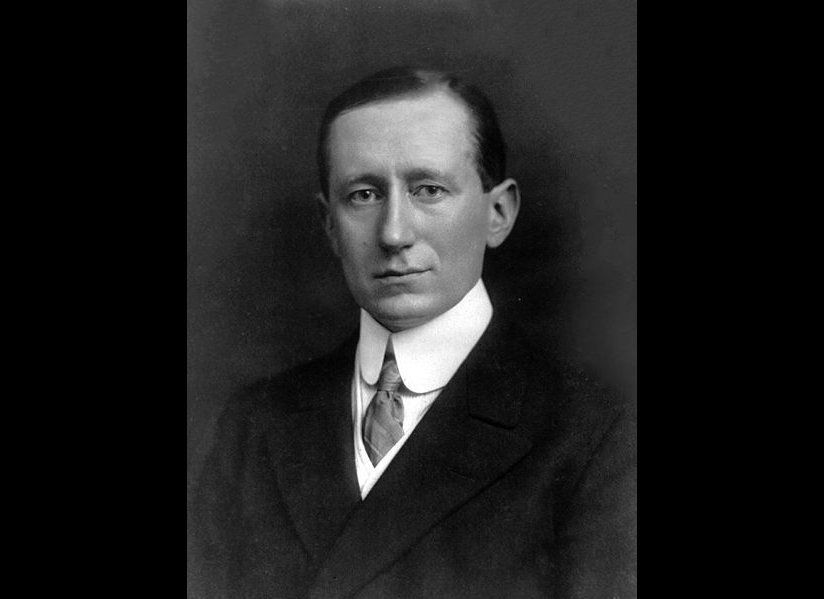 1 / 10
The Father Of Radio
Italian inventor Guglielmo Marconi received U.S. patent number No. 586,193 for his wireless telegraph on July 13, 1897. Credited as the inventor of the radio, Marconi would go on to develop this into a device that would change communication forever.
Library of Congress, via Wikimedia Commons