Dad and Batman super-fan Josh Earl has certainly passed his love for the Dark Knight on to his toddler son, Collin. In fact, Earl's wife Maressa told the web show "Super-Fan Builds" that some of Collin's first words at the age of 18 months were the Batman theme song lyrics.

The mom nominated her husband and son to receive a Batman-themed creation from "Super-Fan Builds," which builds custom items for mega-fans of pop culture icons like comic books, video games, TV shows, and more. The show's producers heeded the Earls' call in a big way -- they tapped Hollywood prop artist Tim Baker and his team to build a baby stroller based on Batman's Tumbler from "The Dark Knight Trilogy." 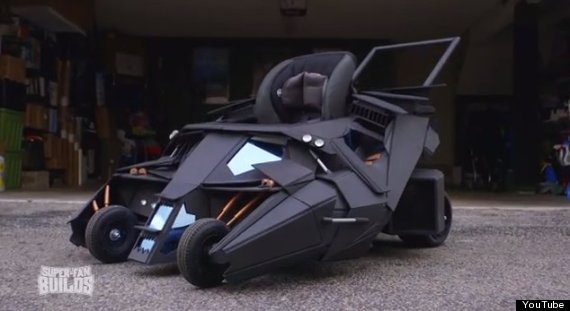 As the video shows, the one-of-a-kind Batmobile baby stroller is a big hit with the whole family. The streets of Gotham ... er, baby Collin's suburban neighborhood, just got a little more badass. 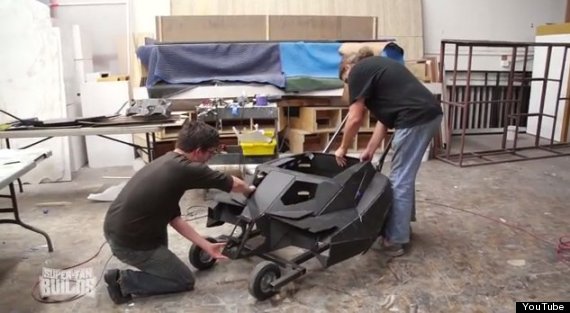 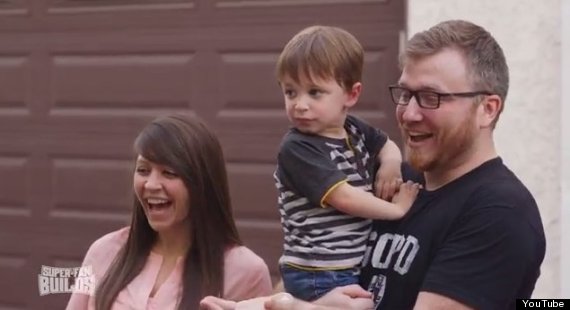 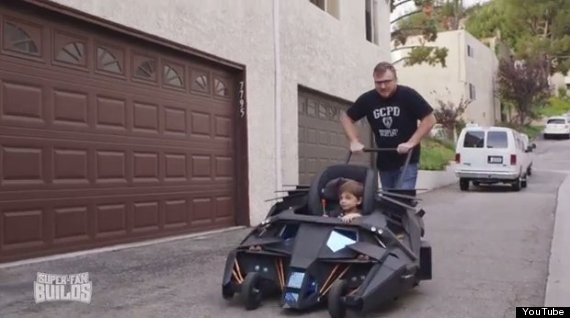 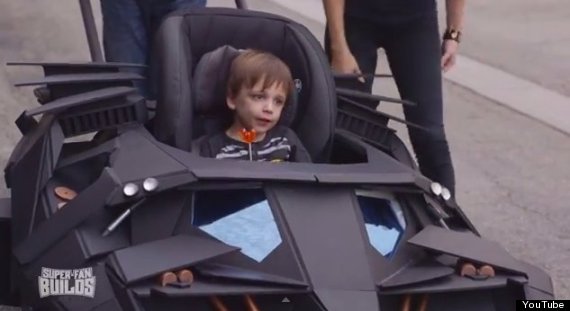 More:
ParentsBatmanBatmobilethe-playroom
Newsletter Sign Up
Raise the kind of person you'd like to know
Subscribe to our parenting newsletter.
Successfully Subscribed!
Realness delivered to your inbox