Mounds of trash prevented authorities from being able to immediately determine how many bats, cats and rats were inside a Northern Philadelphia home.

On Sunday, authorities were called to the "poorly ventilated" house where they found the hoarding homeowner unconscious.

SEE PHOTOS OF THE HOME BELOW

So far, five sick but living cats and four dead ones have been found, according to Wendy Marano, spokeswoman for the Philadelphia Society for the Prevention of Cruelty to Animals. She told HuffPost Crime that there are surely more survivors and authorities have set humane traps to catch them.

The mounds of trash have prevented authorities from getting an exact count. Marano said there were plastic Tupperware bins "stacked 10 or 12 tall" being used as litter boxes. Trees and limbs were growing out of the gutters, and drywall had peeled off the structure.

"It was horrible," she said. "Everything was covered in animal waste. The whole floor was covered ... It's hard to believe there were animals or human beings in there."

She added that spiders, wild bats and rats had also infested the house. The search for surviving animals will be a several-day operation.

The owner, whose name has not been released, could face several charges related to animal cruelty. He is currently hospitalized with unspecified ailments.

"This is probably the worst we've ever seen," Marano said.

The Department of Licenses and Inspections condemned the property and declared that the home must be repaired or demolished within 30 days. Otherwise, the city will tear it down, according to the Inquirer. 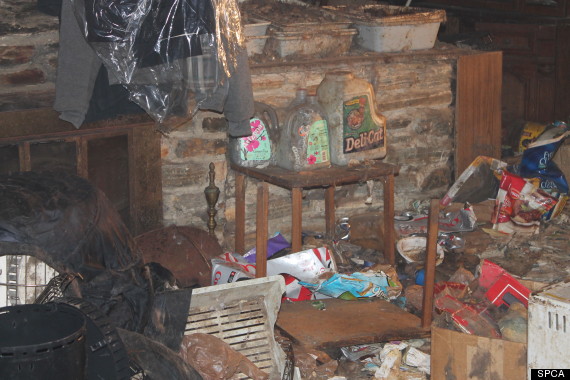 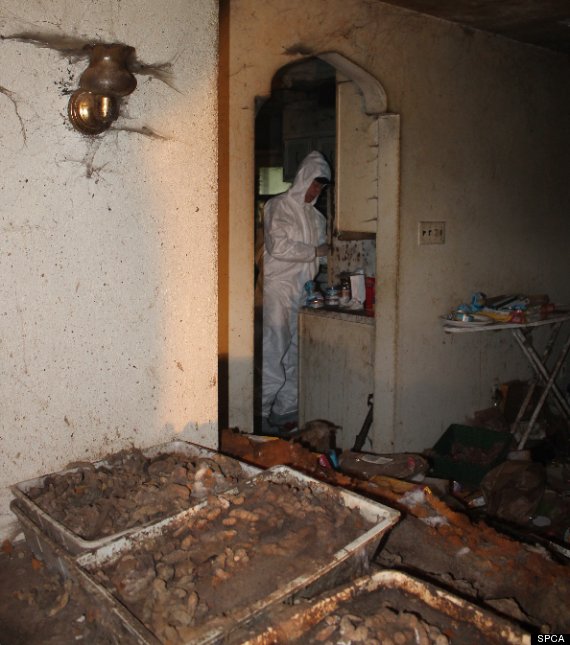 1 / 51
Alabama - The Tuskegee Incident
In 1932, the government left 600 impoverished black men infected with syphilis untreated in order to study the effects of the disease as it progressed. The men never knew they had syphilis. Many of the men infected their wives and children (and some died) before a whistleblower alerted the media... forty years later. <em><a href="http://www.trutv.com/index.html" target="_hplink">CLICK HERE</a> for more TruTV.</em>