Even before allegations emerged that West Africa's Ebola outbreak may have originated in bats, public opinion of the animal was hardly glowing. Years as a Halloween icon cast a dark shadow over the flying mammal's reputation.

But leading experts in ecology and public health -- even Batman himself -- now beg you to reconsider.

"These creatures of the night are thought of as evil," said Michelle Baker, a researcher at the Australian Animal Health Laboratory in Victoria. "But bats play an amazing role in the ecosystem. And we have so much to learn from them."

Bats are critical to the health of people and the planet. Best known are the chemical-free pest control and pollination services they perform from Saskatchewan to South Sudan. Some bats, especially when nursing, can consume more than their body weight in bugs during a single night. Less known is the emerging research from Baker and others that suggests bats' unique immunity may hold answers to the very contagions for which they are blamed, including Ebola and Hendra virus. What is often a death sentence for other mammals, including us, rarely fazes a bat.

"If our immune system behaved the way a bat's did," said Baker, "then maybe some of these viruses wouldn't be a problem anymore."

Still, what about the fruit bat's likely role in the Ebola outbreak that has already claimed thousands of lives and threatens to infect at least a million more? Well, researchers suggest that bats don't really deserve the blame.

"Ebola is a good example of a disease that is emerging because of things we're doing," said Jon Epstein, a wildlife veterinarian with EcoHealth Alliance, a New York-based organization of scientists focused on the dual goals of biodiversity conservation and public health. He noted how large-scale bushmeat hunting and landscape change -- including massive deforestation to make way for growing human populations and the agriculture to sustain them -- have increased our contact with wildlife in recent decades. One theory is that the first victim of the current Ebola outbreak, a 2-year-old toddler, may have been exposed while handling or eating an Ebola-infected bat.

Overall, experts estimate an average of about five new infectious diseases emerge every year. Roughly 75 percent of those originate in animals, with bats consistently leading the list of suspects. More than 100 viruses have been identified in bats, and that number too is rising.

Even Batman has now come to the bat's defense. In a promotional video created by the cast and crew of the upcoming movie "Batman v. Superman: Dawn of Justice," Ben Affleck refers to the creature as an "important, valued knight of a species." The video was released this week, coinciding with the launch of the "Save the Bats" campaign and the first-ever National Bat Week.

The campaign seeks to raise awareness about the range of threats faced by the species today -- from deforestation and bushmeat hunting to a mysterious fungal disease that continues to spread westward across North America. White-nose syndrome is expected to affect about half of the more than 40 bat species in the U.S.

Their losses are our losses, experts warn. The world's only flying mammals provide U.S. agriculture alone with an estimated $3.7 billion to $53 billion a year in pest control services every year. African fruit bats are responsible for about half of the rain forest's ability to regenerate, Epstein said, and they pollinate about 30 varieties of fruit.

"Bats offer insect control, pollination, seed dispersal, all over the world, for free. Unfortunately, losing bats means we end up losing those ecological services, and maybe even having to pay for those," said Rob Mies, executive director of the nonprofit Organization for Bat Conservation. 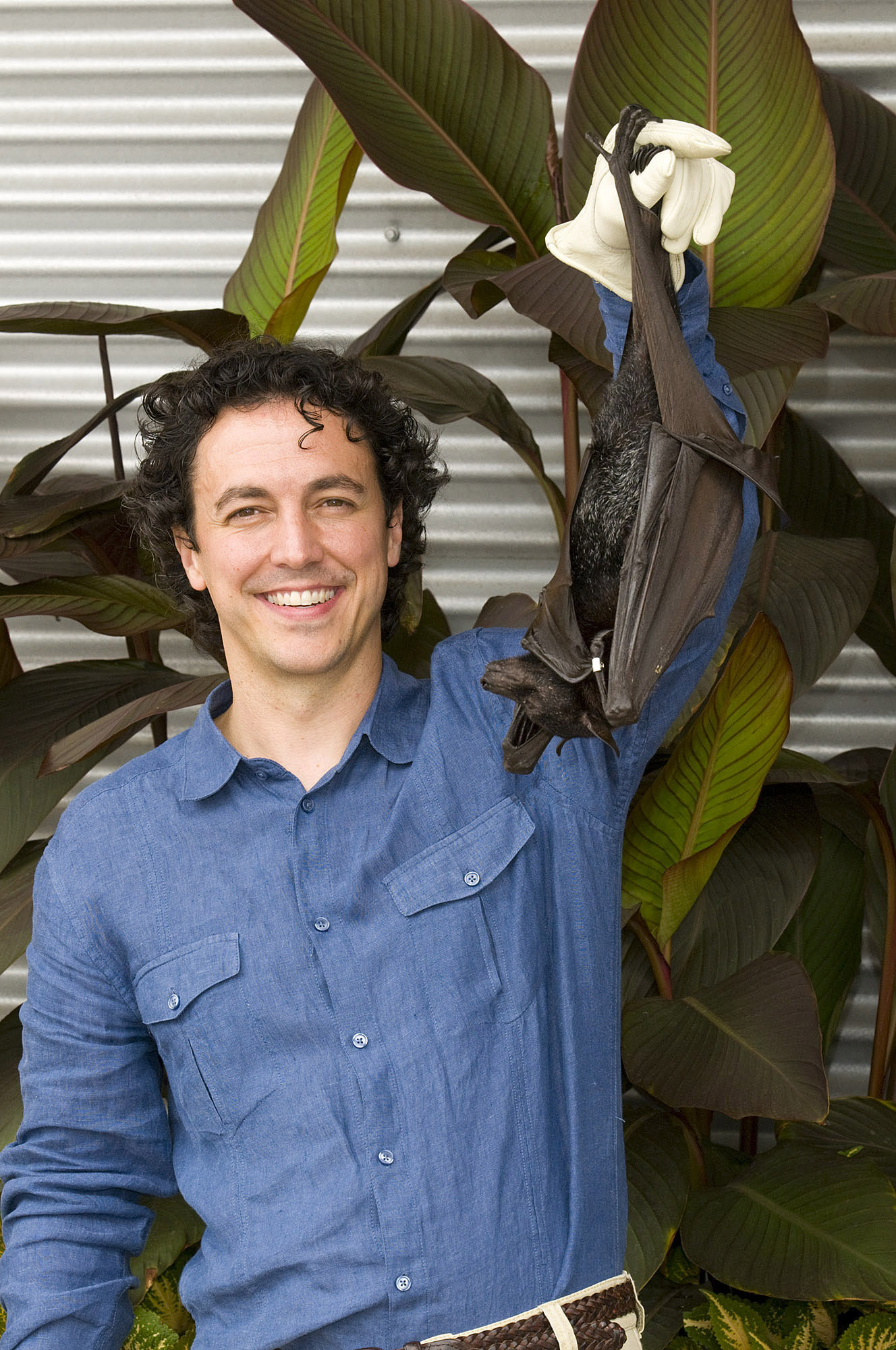 Without proper protections for the approximately 1,200 species of bats worldwide -- some of which are threatened or endangered -- we may also be risking a critical source of information about human health.

"We're studying a poorly known group of animals, and we're learning a lot about them. Some of the things that might make them a good carrier for disease may also make for scientific discoveries that could benefit us," Mies told The Huffington Post from the Michigan set of the new Batman movie. Warner Bros. is donating pieces of the film's sets for construction of bat houses at Mies' center just a few miles away.

Baker, of the Australian Animal Health Laboratory, has been studying bat immunology for the past six years. While the research is still in its infancy, she said, her team is making discoveries with potentially profound implications. In humans, it takes an invading bacteria or virus to spark a response from the immune system, and it's the immune system's reaction that ultimately kills in cases of Ebola. By contrast, the bat immune system appears to be always activated and ready to pounce on any outside threat, without endangering the bat.

"This must give bats an edge over us in controlling the viruses," said Baker.

Baker's research has focused largely on the Hendra virus, a potentially deadly contagion carried by bats in Australia. But her high-containment laboratory now also hosts the Ebola virus. She said she expects to find commonalities in how the bat harbors Hendra, Ebola and various other viruses, and she hopes her team's findings may one day translate into human treatments. Baker similarly foresees future insights into non-viral threats to human and bat health, including cancer, antibiotic-resistant infections and white-nose syndrome -- the latter being one of the few examples of when a bat actually gets sick.

However, she emphasized that many more mysteries must be teased out before there will be any big payoffs. For one, how does a bat maintain constant immune activation without suffering the toxic side effects that are triggered in humans?

"Bats are always presenting us with more questions than answers," said DeeAnn Reeder, a bat researcher at Bucknell University in Pennsylvania. Her research is split between bats suffering from white-nose syndrome in the U.S. and healthy, disease-spreading fruit bats in Africa.

Reeder's team is currently looking into how a fruit bat's life events or environment may influence the spillover of viruses. During certain stressful periods for a bat, such as pregnancy or the dry season when food and water may be scarce, Reeder suggests that they might carry a greater viral load.

"This could allow us to make some predictions, and educate and protect communities," said Reeder.

"Bats get a bad rap," she added. "Really, the problem is not so much with the bats -- they've had these viruses for hundreds of thousands, if not millions, of years. Everything was fine until we started cutting down forests and encroaching on their habitats."