A team of scientists say they've figured out a way to supercharge the lithium-ion batteries traditionally found in smartphones and tablets. And all it takes is adding a readily available substance usually found in sunscreen.

The new-fangled battery, developed by researchers at Nanyang Technological University in Singapore, can supposedly go from completely dead to 70 percent charged in two minutes. On top of that, the scientists say it can last nearly 20 years before it needs to be replaced.

Basically, if it ever goes to market, it will put your current iPhone's battery to shame. 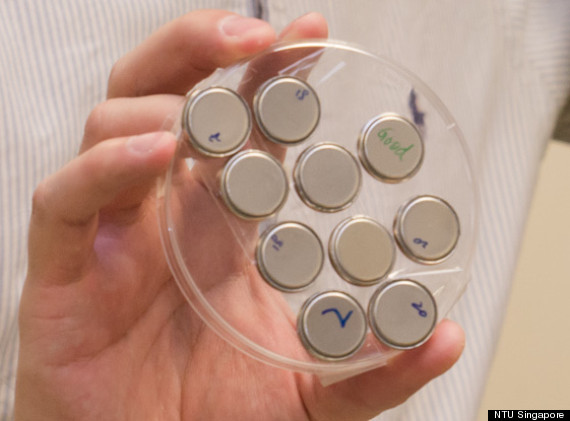 The battery prototype uses a new gel material that speeds up the charging process.

The trick, the researchers say, is to replace the graphite normally used in the battery's anode (negative pole) with a gel made from titanium dioxide, an abundant and cheap ingredient found in sunscreen. The substance, when stretched into nanotubes 1,000 times thinner than human hair, speeds up the chemical reactions in the battery.

The typical lithium-ion battery only lasts around 500 recharging cycles. But with the new gel, the scientists say the new battery can be recharged 10,000 times. 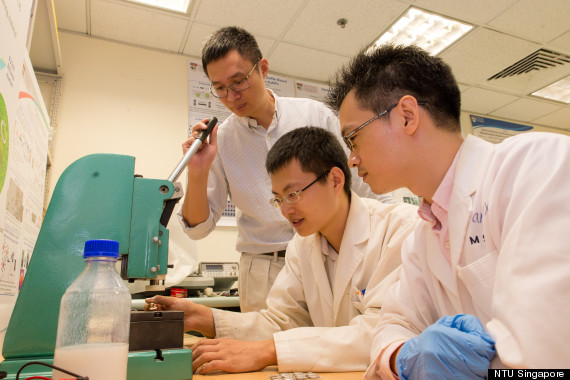 If the battery is as powerful as advertised, you can expect people to be excited. When polled, people say poor battery life is the least satisfying feature of smartphones today. And unlike computer chips, which double in processing power every 18 months, the lithium-ion battery has seen only minor improvements over the years.

The scientists not only hope to improve our smartphone batteries, but also revolutionize the electric car industry, which also relies on lithium-ion batteries to charge cars.

The researchers, which claim that the gel is easy and cheap to manufacture, have already patented the technology applied for a grant to build a large-scale battery prototype for electric car tests. The team says these new batteries could reach the market within two years.