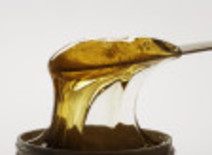 About three years ago, I colored my hair for the last time. The gray was in for the win, and my scalp became irritated from the dye. My last, paid-for hair hurrah were highlights and low-lights, which camouflaged the incoming gray. Midlife was sucking the life right out of my melanin production, creating a source of natural color streaks. Albeit gray in color, the strands contrasted with my brunette beginnings, thus giving me, um, a new type of highlights.

My trusted hair stylist loved the look and told me to embrace it. Now, when you put your mane in the hands of someone you trust, it's all good. Bless his heart, I thought, he was just trying to be kind.

So I questioned his sanity.

"Are you joking? You really just said, "Embrace it." Like, don't color it or fight it, right?" I released an evil laugh.

I wasn't convinced I could embrace the grays, but I didn't want to erupt in hives. So, on his wise counsel, I ditched the dye.

The next bit of advice he gave me was a huge adjustment, too.

"Your hair texture is changing, so don't shampoo every day."

Trying not to question his sanity, I had flashbacks to greasy hair during my junior high days. Back then, when the hormones were going crazy, I had more oil oozing from my scalp than a rig in the ocean. Heck, I even used grease-fighting dish washing liquid on my limp locks.

Panic-stricken, I wondered how I could not shampoo daily, especially since the hormones are again going crazy. Hot flash anyone?

Totally not on board with this, especially since gray, flat, greasy locks are not confidence boosting, I begrudgingly listened to my stylist, and every other day became "No Shampoo Day."

Well, it took a few weeks for my scalp to adjust, and then I started to embrace this new way of life. I had to admit, my hair was healthier looking, plus I had extra time every other morning, so I was able to increase my exercise routine. Win.

The alternate scrub day also reduced the cost of shampoo and hair products, another win. And the extra time afforded me an opportunity to really inspect the lines on my face and notice other changes in my new appearance. Like more hair.

Hair that isn't on my head. Well, technically, it is on my head. Just not where I want it. Oh yippee - hair started sprouting on my face.

Glimpses of the bearded woman from the circus stared back at me in the mirror.

I had heard of women developing whiskers during "The Change," but of course, I was immune. My body would never humiliate me that way.

Not only do these suckers appear faster than a dandelion in April, they are just as difficult to control.

To add insult to injury, they act like weeds, too. Pluck a wiry beast from the chin, and two days later, wham, it pops up again. Under your nose. As in, a mustache.

Now I wonder if I should pluck or shave. So much for the extra time I had gained by not shampooing...

All the money saved in hair products is now spent on magnifying mirrors and wax. And trust me when I say that beauty hurts - waxing the 'stache is a rip-roaring blast. (Note: Never wax and plan to go anywhere but home afterwards. You'll thank me.)

As I left the salon, I told my stylist he was brutal.

"My lip! I came in to look beautiful and it looks like you punched me!" I cried. I even paid and tipped him - what is wrong with this picture?

"Awww, the redness and puffiness will go away," he consoled, while offering me some salve to put on my sore yet baby-bottom-smooth upper lip.

"At least now you can't run away and join the circus." No, he didn't say that, but I think we both thought that. Okay, I thought that.

Blinking away the sting of the tears, I booked my next torture beauty session. I will win the battle of the grays and strays, because the circus is just not an option. Yet.