Two men in Bay City, Mich. hanging controversial flags from their homes have shocked members of their local community -- but they say they have a reasonable excuse.

About six weeks ago, two men began hanging provocative flags in the window of their residence near the city's Birney Park. First came a swastika-emblazoned Nazi banner clearly visible to those walking by on the street; later it was replaced by a Confederate stars-and-bars flag. The gesture outraged some neighbors, like Kyra Bernie.

"The flags have got to go" she told WNEM-TV. "Just imagine how Jewish people would feel if they seen this flag. It's not right."

Darold Newton, president of the local NAACP chapter, told the Bay City Times he was shocked to discover the flags while driving past the house. He plans to talk to the man about his motivations and bring the issue up at his organization's next meeting.

“There’s no good associated with those flags,” he said. “Those symbols are not good and should not be presented in this community. When it’s blatant like that, it does warrant some discussion."

While Newton acknowledged the residents' constitutional right to free speech, he questioned the sense of hanging the flags in a racially diverse neighborhood.

Bay City, located near Michigan's thumb, is a majority-white city, but also includes a sizable black population, according to the 2010 U.S. Census.

Both flags had been taken down as of June 6, according to MLive. The 43-year-old army vet who lived at the home said he hung up the flags to scare away drug dealers who had been openly selling their product on the street.

“It’s a visual warning; that’s all it’s really meant for,” he told the Bay City Times. “All we’re letting them know is, ‘Do not walk in front of our house with this (expletive) again.’” 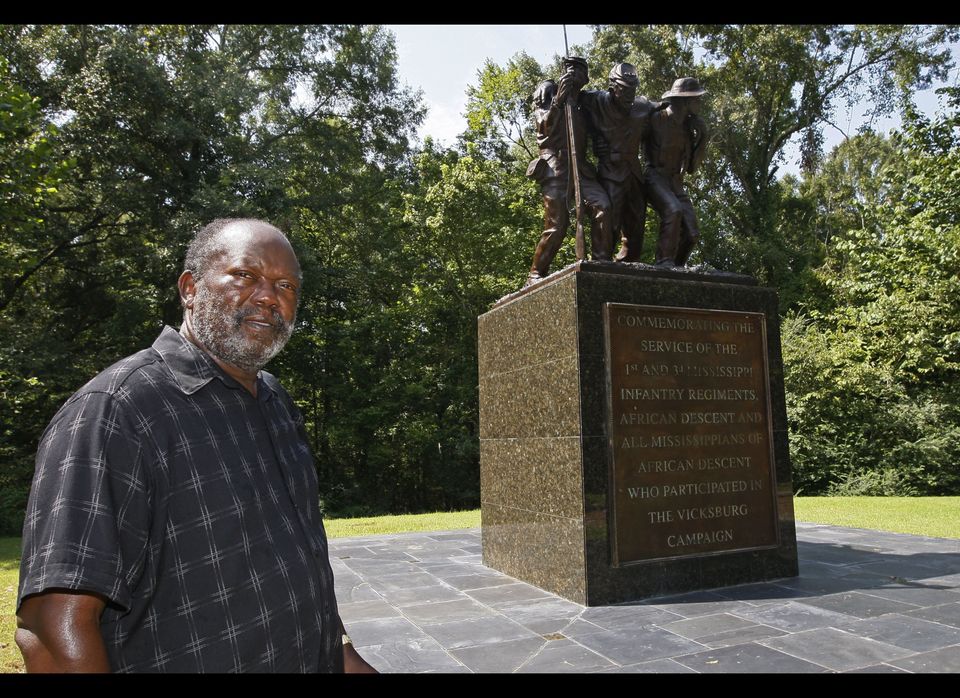 1 / 7
Mississippi's Confederate Angst
Robert M. Walker, a historian who became Vicksburg's first black mayor in the late 1980s, stands before the first monument within the national park system and the only one in the Vicksburg National Military Park, that honors all black people _ free and slave _ who participated in military action in Vicksburg during the Civil War, Thursday, Aug. 16, 2012, in Vicksburg, Miss. Walker was instrumental in helping get the monument in 2003. Black soldiers fought for the Union in the Battle of Milliken's Bend, La., on June 7, 1863, just up the Mississippi River from Vicksburg. The site was a supply and communication post for the Union as it worked to conquer Vicksburg. (AP Photo/Rogelio V. Solis)
AP