For many San Franciscans, the annual footrace/drunken street party is the best day of the year. But, as the litany of hungover, sunburned, disoriented revelers waking up on the Panhandle at 4 p.m. will surely tell you, having a plan is essential.

If you go into Bay to Breakers, which runs this Sunday from its starting point at Howard and Main streets down to Ocean Beach, without with prior preparation or familiarity with the event's rules, you're going to have a bad time.

Official regulations aside, HuffPostSF has thrown together a comprehensive guide compiling every nugget of useful information about Bay to Breakers you could ever need.

Water. High quality H20. And lots of it.

Cash. Your heard-earned greenbacks serve two main purposes at Bay to Breakers: getting home at the end of the day (read: noon) and bribing local businesses to let you use their restrooms.

Snacks (or at least breakfast). B2B revelers go from zero to hangry in approximately 2.2 miles.

A Fully Charged Phone. Not that any of your phone calls will get through with 150,000 other people also trying to figure out where their friends are, but when you're lost and alone at 3 p.m., you'll be thankful you left with a full battery.

Feel Free To Be Naked. Scott Wiener may have banned public nudity in San Francisco, but he made sure to write an exception into the law for times when nudity is "appropriate." Bay to Breakers is precisely one of those times.

A Flag. It's easy to lose your friends. ("Excuse me? Did you see six smurfs run by in the past few minutes?") But who can find anyone in a sea of people? Unless of course, you have a flag.

A Map. Not a map of the course, that should be pretty obvious as long as you just go in the opposite direction as all the people dressed as salmon. We're taking about SFist's essential map of all the liquor stores located along the route.

Be Nice To Stanley. If you happen to stumble upon KRON's Stanley Roberts filming his "People Behaving Badly" segment, please don't be a jerk to him. Honestly, you're probably behaving badly and he's had a rough couple months, so cut him some slack.

Be careful. Seriously, we mean it. Someone died last year from injures sustained after getting sucker punched and hitting his head on the curb. Don't do that.

Comfortable Shoes Those sneakers may not go with your diva costume. But neither does a broken ankle.

No Tripping. We know it would be a totally life-changing experience to take a few tabs of LSD and wander through the chaos like Alice tumbling down the rabbit hole. But don't. A 21-year old Santa Clara resident tried it last year and he ended up ripping out some poor woman's hair and getting charged with six felonies.

Have An Exit Strategy. Above all else, you will need an exit strategy. Have a buddy who lives near in the Panhandle? Make plans to meet up at his or her house at a specific time. Don’t know anyone nearby? Get a subscription to Uber and call a town car because hailing a cab could prove tricky. Remember: there's nothing worse than being stuck in Golden Gate Park in a leotard, and it's not the best idea to follow your new friends home. Most importantly, never go with a hippie to a second location. 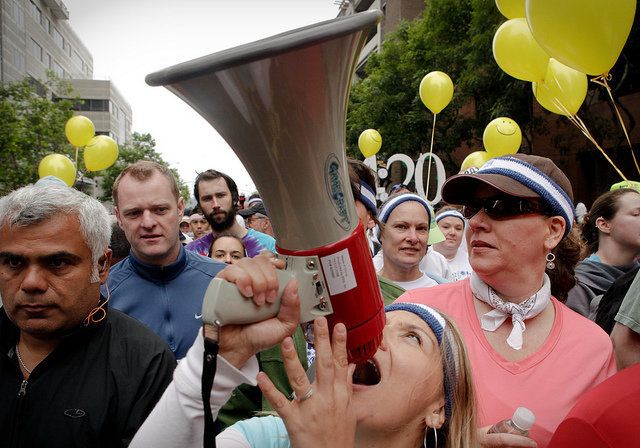 1 / 6
Only registered runners are allowed on course. Runners without bibs will be ejected.
Flickr: The Bay Area's News Station

Bay To Breakers 2013: Everything You Need To Know About San Francisco's Biggest Party
Bay to Breakers 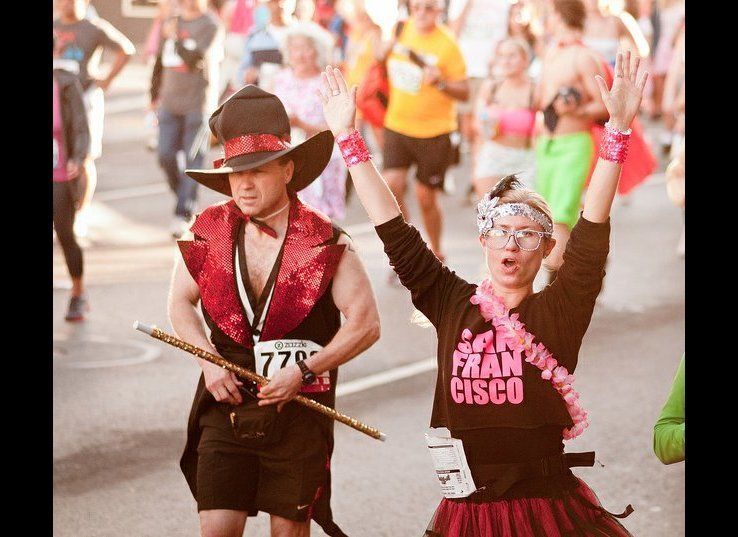