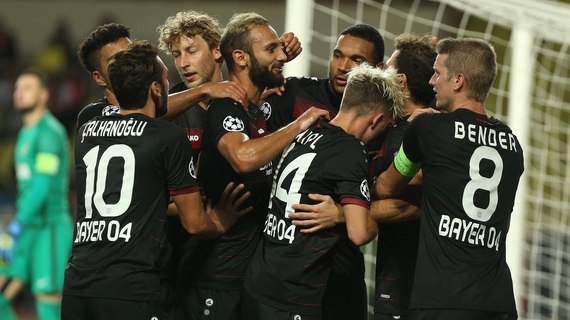 As another another action-packed football season reaches the winter months, clubs have now had a chance to settle into the season and new players are settled into the club. For the Premier League, this is a significant moment this year because no less than 13 teams broke their record transfer fee. From Paul Pogba at Manchester United to Christian Benteke at Crystal Palace, Andre Ayew at West Ham to Jordan Ibe at Bournemouth, players should now be familiar with their surroundings.

However, within the bottom half of the table, eight of the ten teams are currently teams that had broken their transfer fee in the summer window. Furthermore, there is only one team in the top six who did break their record - Tottenham (Moussa Sissoko, around $37 million). With the Premier League as a whole spending well over one billion dollars this summer, does it show that the league is in trouble?

Before big money took over, teams would invest in youth and look for players who could remain with the club for the extent of their career. However, this no longer exists in England. Of course, there will be the rare occasion where a player joins from a young age and stays for a long time but the model is now outdated because money makes players easily replaceable. It is time that football took a step back to its roots and looked at clubs like Bayer 04 Leverkusen?

This year, Bayer 04 are competing in their sixth successive Champions League campaign and they also now boast one of the youngest squads not only in Germany but the whole of Europe. With players like Kevin Kampl, Julian Brandt, Kevin Volland, Karim Bellarabi, Jonathan Tah, Tin Jedvaj, Vladlen Yurchenko, and more, Bayer 04 have a promising future ahead. At the age of just 19, Benjamin Henrichs has also come into the squad this year and made an instant impact. Having played for the club since under-9 level, Henrichs shows what the club are all about and how the foundations are laid early. Additionally, he is also now making headway within the international setup having represented his country at U19 and U21 level. 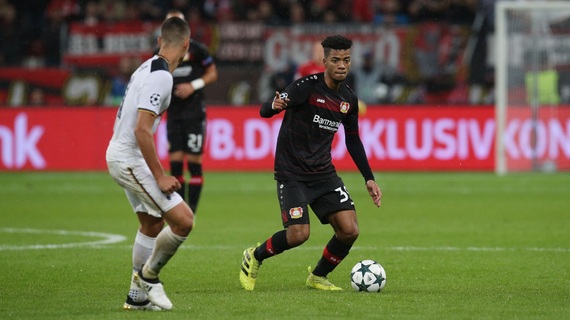 The Youth Setup - After getting the chance to visit Bayer 04 in September, I was able to get an insight into how the club runs. After speaking with Jonas Boldt, previous Head of Scouting, current Sporting Manager and famous for his findings of Arturo Vidal and Dani Carvajal, the passion for the youth system within the club is clear to see. At Bayer 04, there are youth teams all the way from U9's to the senior team and they try to create a family atmosphere for all who join. Rather than picking a youngster from their family life, Boldt explained how local families visit the club and have a chance to get settled within the community atmosphere.

Currently, there are five or six players who are in the U17's who have progressed all the way through from under ten years of age. When they finally make it through to the first team, much like Benjamin Henrichs, they are used to playing for the club, the system, and with the other players. Currently, we can see the perfect example with Henrichs and Kevin Kampl as they both went through Leverkusen's youth system along with Danny da Costa and others.

In terms of the players themselves, Boldt explained that it is very much about the personality at such a young age and that they need to be "thinking about football". As they grow, they train more frequently and travel around to various international tournaments. When it comes down to it, this is a model that is working and this can be seen in the success of Bayer 04 in recent seasons as well as the prowess of the international team.

Losing Players - For those who follow the Bundesliga, the problem with bigger teams poaching talent has been recognised in recent years and even other leagues, such as the Premier League, are now realising the talent that can be found in Germany. However, Bayer 04 don't shy away from this issue and realise that it will happen from time to time.

As Boldt explained "there are positives and negatives because you don't want to lose players that you have invested in but the transfer policies seen in countries like England are helping the club and other clubs around Germany". With the way that Bayer 04 have set their youth system up, there are always young players waiting in the wings for their shot and this can be seen every single season. When a first team player is out injured or bought for a high fee, there is more often than not a young player willing to take the chance. Because of the systems in place, this player knows the coaching style, the system that will be coached, and is well-aware of his teammates allowing for an easy transition.

Summary - In terms of budget, Bayer 04 are around sixth in Germany but are now consistently placing in the top four and securing a position within the biggest competition in Europe - the Champions League. After visiting Leverkusen, it is clear to see why so many younger players are sensing their opportunity at the club. Although it is a small city (part of the reason why some players are attracted to Bayern Munich, Dortmund, etc.), the club pays attention to the youth system and allows young players to shine.

In recent years, we have seen the likes of Julian Brandt and Kevin Volland join Bayer 04 who have both represented Germany at nearly every youth level and now have a place in the first team. Ultimately, this is no coincidence because players know that there are opportunities in Leverkusen. Over time, it has become apparent that younger players need playing time to progress and Bayer 04 are showing Europe exactly how to introduce and implement a successful youth setup!