In a cringeworthy portion of the postgame press conference, standout Baylor forward Taurean Prince was asked about the disparity in boards. And Prince made clear just how inane he thought the question was, giving what is probably the most deadpan answer you’ll ever see.

Reporter: “You said you got out-rebounded, I was surprised, you did … How does Yale out-rebound Baylor?”

Prince: “Um, you go up and grab the ball off the rim when it comes off, and then you grab it with two hands, then you come down with it and that’s considered a rebound. So they got more of those than we did.”

Prince’s caustic comment is a good reminder that these players are college kids, and with each loss, another dozen or so 18-22 year olds are getting their hearts broken.

Prince finished Thursday's contest with 28 points and four boards, and will likely go on to showcase his rebounding -- and press conference -- talents in the NBA next year. 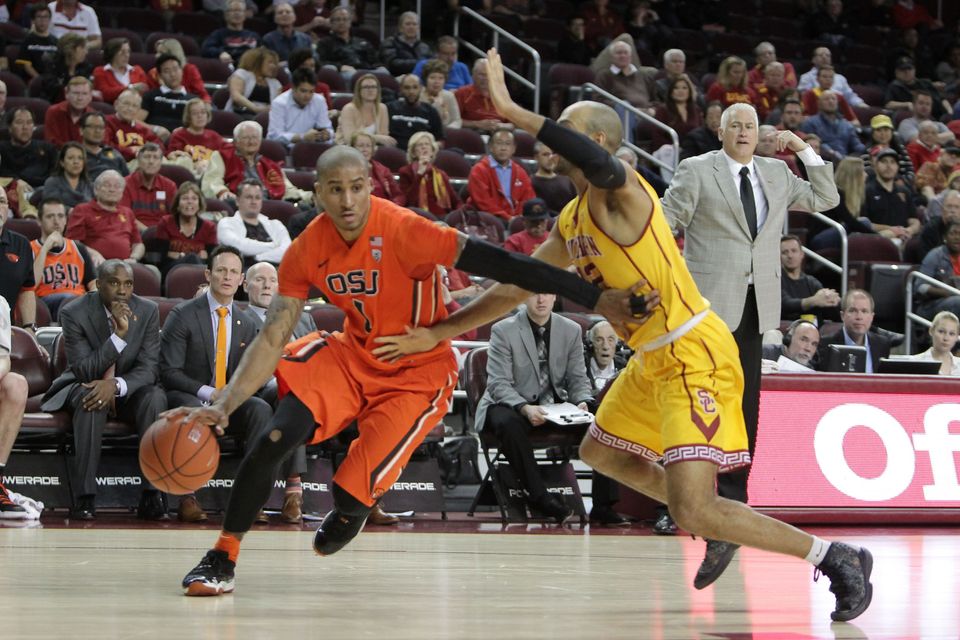 1 / 17
Gary Payton II, PG, SR, Oregon State
GP2 is a one-man press breaker who has catapulted the upstart Beavs into the dance for the first time since his dad did it way back in 1990. Jr. is a superior athlete, however, and at a rangy 6 feet 3 inches and 190 pounds, he has a terrific frame to support a sensational all-around game. The senior point guard averages a robust 16 points, 8 rebounds&nbsp;and 5 assists&nbsp;for Wayne Tinkle.
Leon Bennett/Getty Images