Texas' Baylor University found itself in the midst of a blogosphere firestorm last week after it allegedly offered a sociology course titled "Homosexuality as a Gateway Drug."

After reports turned up on various websites and news blogs, the Waco-based university changed the course's name to "Special Topics in Sociology," and said it had been intended as an independent study, under the direction of assistant professor Martha Sherman, for one student rather than as a group course.

View the course listing in question below: 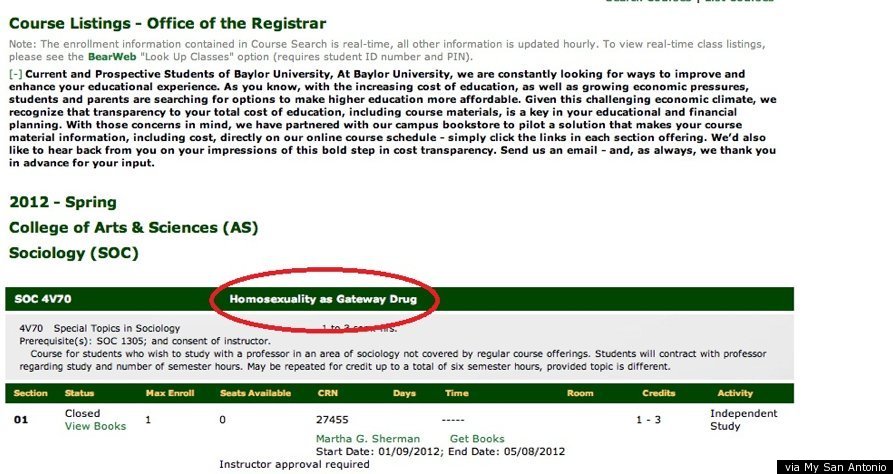 It's not the first time the university has taken heat for its approach to lesbian, gay, bisexual and transgender (LGBT) issues. A Baptist institution, Baylor reportedly denied status to the Sexual Identity Forum, a student group "promoting discussion of homosexuality and other sexual preferences," earlier this year, according to The Baylor Lariat. Although it previously ranked No. 11 on the Princeton Review’s list of “LGBT unfriendly” schools, the university is reportedly no longer included on the 2011 edition of the survey.

Watch a news report on the controversially-named listing below: