Jessica Goodman: So, should we talk about "Bayside"?

Stephanie Marcus: Yes, we need to talk about "Bayside."

JG: I have so many feelings, mostly because Bob and Tobly McSmith spent so much time dissecting every episode of "Saved By The Bell" enough to make fun of it so well. 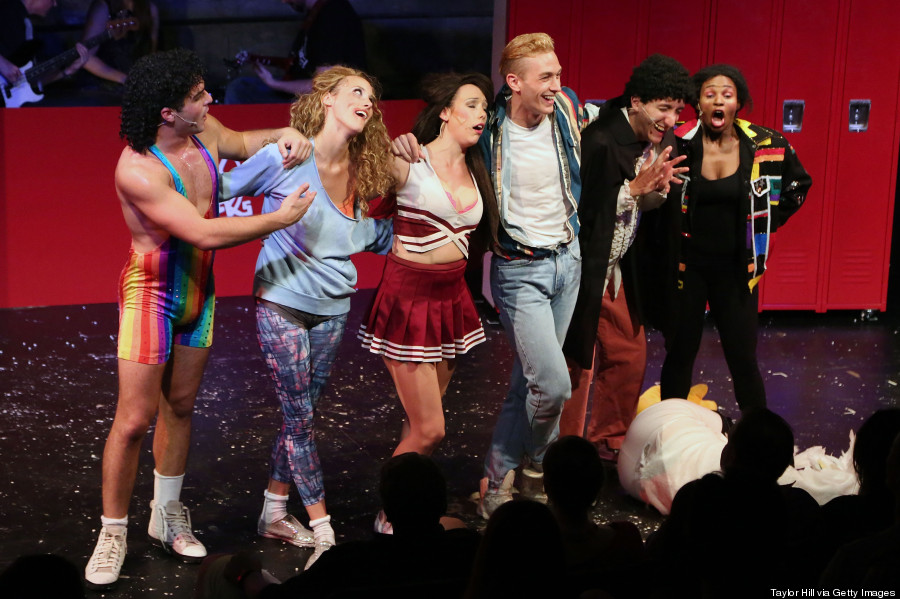 SM: I have to admit I had my reservations about the show, mostly because Lifetime did such a bad job with that unauthorized movie, but this was fantastic.

JG: Let's be real. It was basically a religious pop culture experience and it actually predated the Lifetime movie. So, SUCK IT, LIFETIME. Let's start at the top.

SM: This is the Holy Grail of '90s Saturday morning TV wonderfulness.

JG: Yup. So, the show was at Theater 80 in the East Village, Off-Broadway on a budget, which was perfect because they kept making fun of how cheap the show was: One classroom, no other actors, etc. 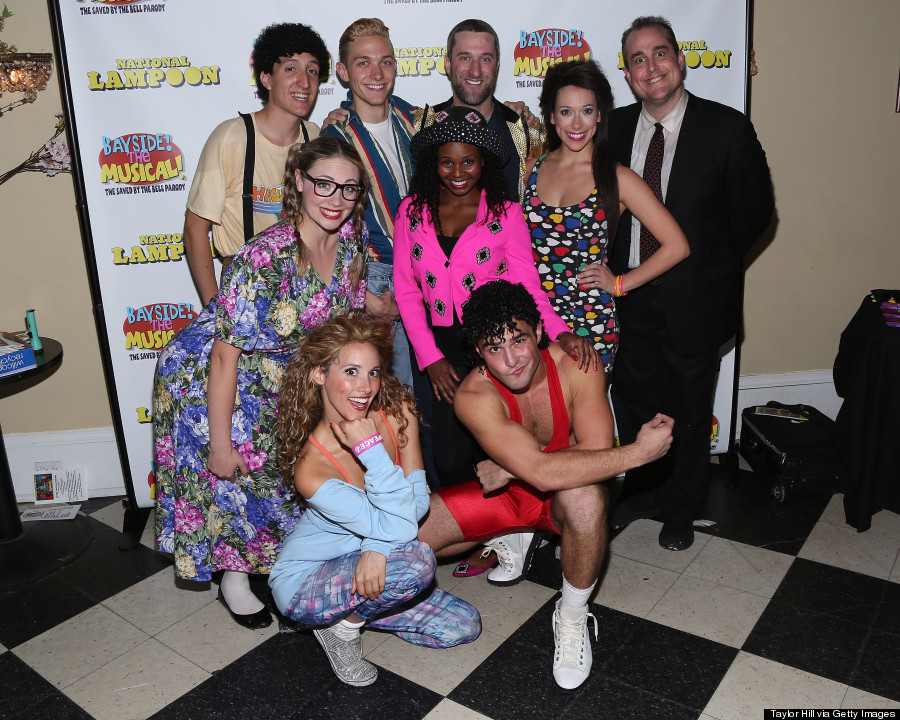 JG: They nailed the running jokes of the show: Male execs just wanted to see the girls flirt with each other, hardcore gay undertones and Screech was the perviest perv, which may, unfortunately, lead us to Dustin Diamond's presence ...

SM: Dustin Diamond was the worst part of the show, which sounds mean to say, but it's just true.

JG: I felt really sad for him. He was making fun of himself, which is usually a good thing, but it just didn't land at all. Good for you for making fun of your sex tape and the book, but dude ... too real.

SM: I think they kind of just shoved him in there. He clearly wasn't part of the original script, because he's there in a limited run, in that role.

JG: Right. He somehow nuzzled his way into this hilarious show. Can we talk about Tori instead?

SM: YES. Tori is one of the worst characters on "Saved By The Bell," but was one of the best in the musical.

JG: I loved Tori on the show! Maybe because we had similar hair, which the musical put a condom in, by the way. Seth Blum played Tori, Max, Mr. Belding and Chief Henry. He was dead-on hilarious.

SM: I remember hating the Tori episodes as a kid because I was legit confused what happened to Kelly and Jessie.

JG: True. I let it slide. So, the whole plot of the musical is the kids try to save the Max. They need $500 to keep corporate America from buying it to drill oil. Is that right?

SM: Yes, that's pretty much it.

SM: Screech totally put his dick in the jar. 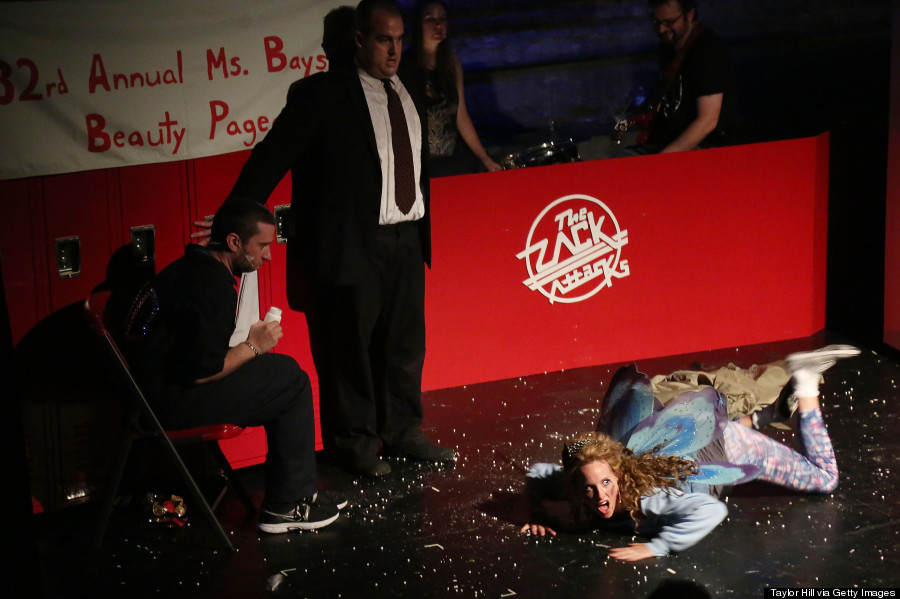 JG: Oh yes. The last idea she gives them is a beauty pageant, which is the perfect time to talk about the brilliance of April Kidwell, who played Jessie.

SM: The beauty pageant may have changed my life because of April Kidwell.

JG: She was just ... spectacular. No judging, but I spent a long time Googling her last night and realized a few things: She has short hair IRL, is a burner and also played Nomi in "Showgirls! The Musical," written by the same people.

SM: I did the same thing as soon as I got home last night!

JG: She inspired us. I have in my notes: "I have a pop culture boner." I think I wrote that after her "interpretive dance." I mean, there were references to dirty pillows and Lieutenant Dan!

SM: I wish that Elizabeth Berkley had a longer career so that April could play more of her characters. If she's not famous, like really, really famous, in five years, then something is not right with the world.

JG: I guess we should also talk about the caffeine pills. Jessie just chugs them throughout the night. Such A+ work

SM: The caffeine pills, in a way, were a character themselves if we want to be a-holes about it.

JG: Let's be a-holes. She spit one on me and it fell into my shirt. Into it.

SM: She spit into my hair and I was totally okay with that. 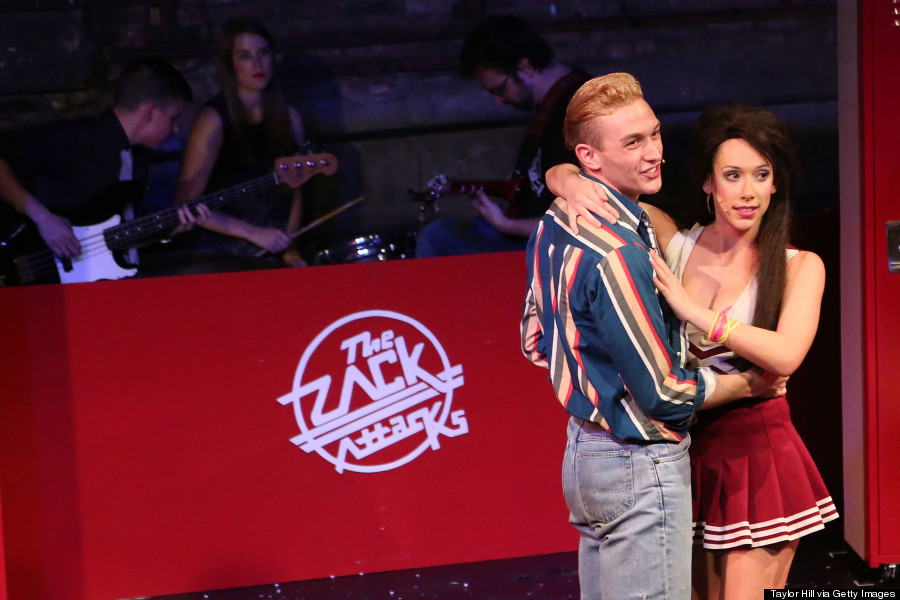 JG: How about Lisa Turtle, played by Shamira Clark? She didn't know she was black!

SM: Did the TV show ever do anything about race?

SM: That was the one nod to race. But "Under the Apartheid" was genius theme for prom. But Shamira's rap in the beauty pageant, with the mic drop ...

JG: Bow the eff down.

SM: She was kind of an auxiliary character until then and then I was like, "YES, YES, YES!"

JG: She could have had more to do (but so could Lisa in the actual "Saved By The Bell," so that works).

SM: Very true. Everyone had their own moment to shine, which was nice, but Jessie stole the show. 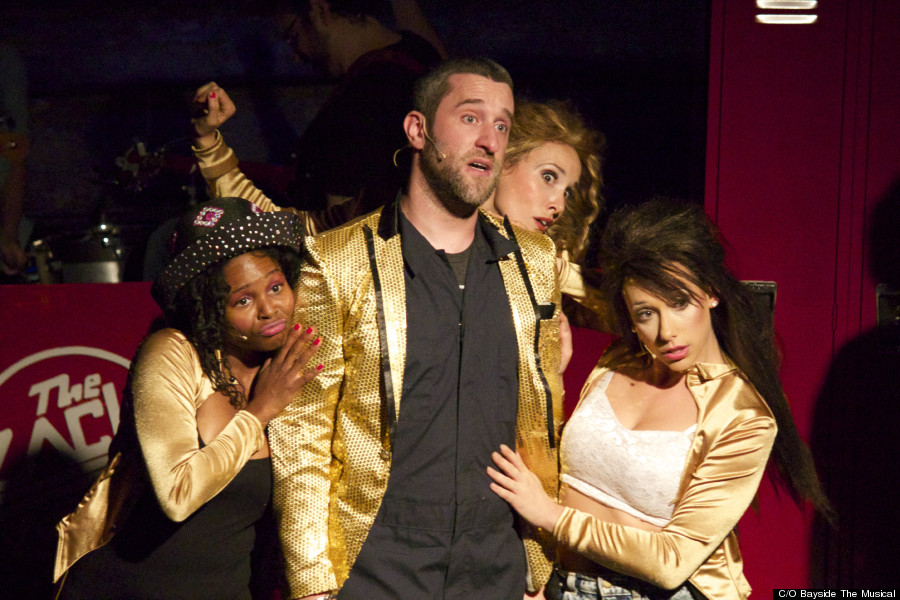 JG: The woman who played "Tori Spelling" and "every other person at Bayside," Amanda Nicholas, was on point.

SM: She was also great, especially when she was Becky the duck.

JG: And as Miss Bliss.

SM: "Take it like a bitch." But can we talk about the all-girls sleepover?

JG: Let's. It was obviously a satire on gross network execs wanting to watch young girls play around, but as soon as Dustin Diamond came into the picture, I was like nope, nope, over the line. It felt real-pervy instead of faux-pervy.

JG: Okay how about Zack? The most interesting thing about him was his haircut.

SM: I wanted him to be more sociopathic, like a blond Patrick Bateman, really, because Zack was a sociopath on the show. 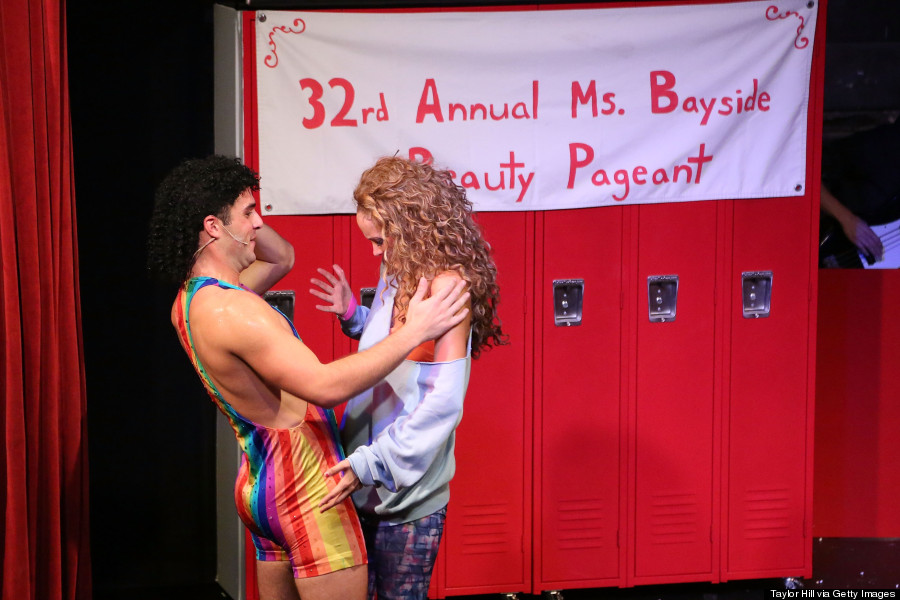 JG: But I was into the whole Slater loves Zack thing. I would like to purchase Slater's rainbow unitard.

SM: I wavered on the whole Slater being gay thing, tbh.

SM: I liked it when he finally came out at the end, but a lot of his jokes specifically just fell kind of flat for me.

JG: It teetered on *over the top*, but for me, it worked. Okay, last thoughts! I want everyone I know who watched "Saved By The Bell" to go see this immediately.

SM: Agreed. If you loved "Saved By The Bell," you need to see this to make your life complete. 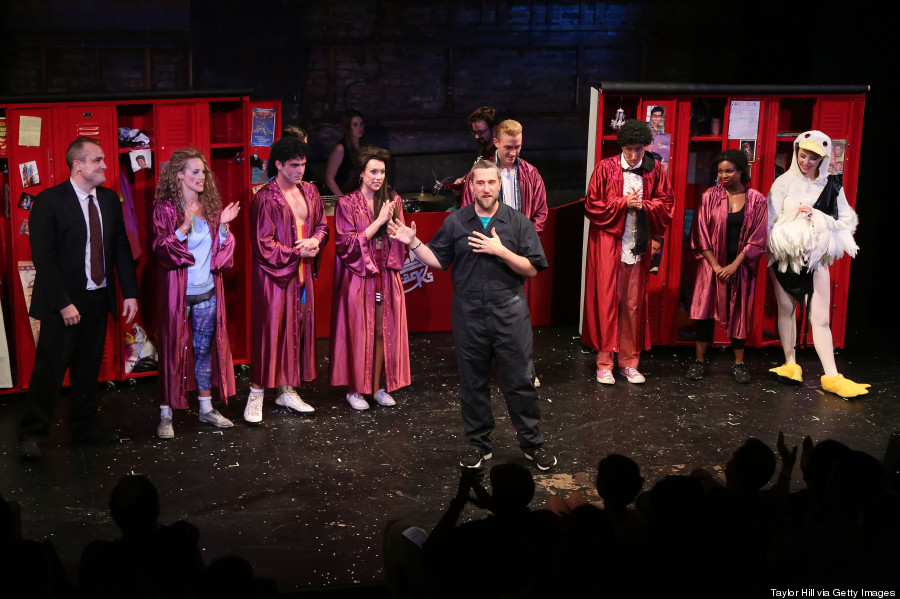