The brownstone was unassuming, to say the least: dim-lit from the outside, it gave no indication of the party gearing up inside. But a second glance at the invitation confirmed this was, indeed, the address for NY Bite Club's latest underground supper event.

Inside, the scene was more animated; food bloggers and photographers from all over New York City chatted in small groups. Many seemed to know each other -- some from prior Bite Club events, others from a community of self-professed 'foodies' who relish documenting every morsel they savor, every cocktail they sip.

But this was not just another Bite Club event. The BBC co-hosted this particular dinner Saturday night to help launch its latest cooking show, "No Kitchen Required."

If "Survivor" and "Top Chef" had a lovechild, it would look like "No Kitchen Required." The show -- which premieres Tuesday, April 3 on BBC America -- drops three chefs in remote locations like Belize, Fiji, and Dominica, and challenges them to learn the natives' food and prepare it the same way locals would, with ingredients of their choice. The twist? At the end of each show, the three chefs are judged by the (often difficult-to-please) natives themselves.

One of the chefs -- New Zealand native Kayne Raymond -- attended the dinner, as did show host Shini Somara.

Somara said the experience of shooting "No Kitchen Required" was an "amazing adventure."

"These three chefs are so talented," Somara said. "Each brought their own set of skills to the show, their own unique backgrounds, and you see them bringing those culinary influences to each location... [and trying to] reconcile that with what the natives know, and what they want to taste."

Bite Club's co-founder, Daniel, who prefers not to use this last name, was excited by the chance to help launch the new show.

"BBC thought the adventurous nature of NY Bite Club matched the spirit of 'No Kitchen Required,'" he said at the event.

Bartender Joaquin Simo of the legendary New York cocktail bar Death and Company was on hand for the event mixing tequila and mezcal-spiked cocktails throughout the evening to accompany a menu inspired by the cuisine of Chihuahua, Mexico.

That meant a pozole soup, deconstructed with jalapenos on the side for diners to choose their own level of spice; a huitlacoche quesadilla filled with melted queso fresco and corn smut; a spicy chicken so tender the meat fell off the bone with just the slightest fork-nudge, a roasted baby goat served with a side of goat-innard soup, and a caramelized flan served with a champagne glass filled with delicate horchata.

Those offerings weren't the usual fare for the Bite Club, which typically serves more haute cuisine-type dinners, but Daniel said the evening was a unique opportunity to try something a little different -- with an audience sure to appreciate the effort.

"These people are adventurous," Daniel said Monday. "We felt this would be a meeting of like-minded people. I just knew the vibe was going to be good. I knew it was going to be a fun night."

Take a look below at some photos of Saturday night's offerings -- courtesy of food photographer Alice Gao. 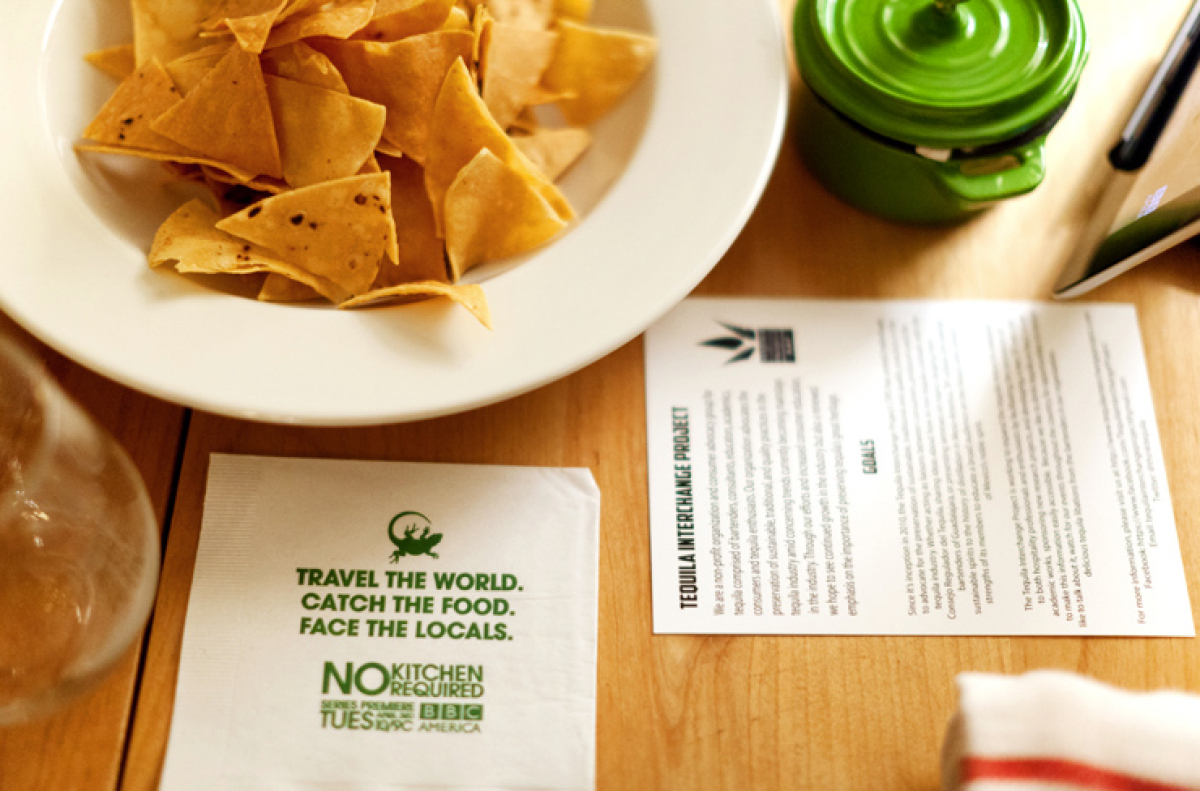 1 / 8
The evening started with a traditional appetizer of chips, guacamole, and black bean dip.