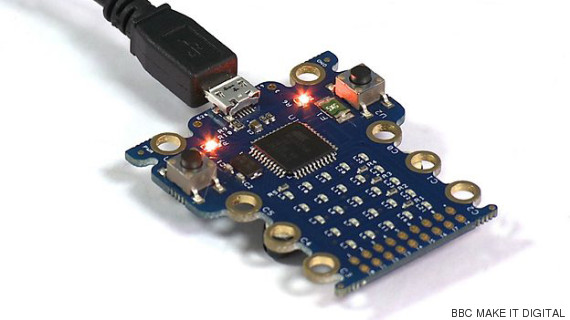 Coding is the door to the digital future, and kids are holding the key.

On Thursday, the BBC launched a major initiative called Make it Digital that will provide 1 million devices used to teach coding to young students. Every student entering Year 7, mostly kids aged 11 or 12, will receive a device. The program is part of a larger effort to make the U.K. more digitally educated, BBC reported.

Currently, the U.K. is predicting that 1.4 million digital professionals will be needed over the next five years, and there is presently a shortage of qualified people to fill these jobs. Developing these skills in early education could help increase the pursuit of jobs in computer science.

“BBC Make it Digital could help digital creativity become as familiar and fundamental as writing, and I’m truly excited by what Britain, and future great Britons, can achieve,” Tony Hall, BBC director-general, said in a statement.

"Learning how to code allows kids to do their own thing, be creative and secure a job in an area where there will be a huge shortage," Rachel Swidenbank of Codecademy, an online platform that teaches coding, told the news outlet.

In an effort to engage its new audience, Make it Digital is partnering with popular British brands and television shows, including "EastEnders" and "Doctor Who," to develop its program. By combining computer concepts with popular culture, BBC hopes to retain young user engagement.

Called the Micro Bit, the device will be distributed across the U.K. beginning fall of 2015. Based off the 1980s device, the BBC Micro, the Micro Bit will be a small, wearable device that connects to a computer via USB. It is still in the developmental phase, but will provide programs and activities that teach coding in a fun, interactive way.

“[Micro Bit is] an entry-level device that will enable kids to code and program, and if they enjoy that, clearly they’ll move on to devices like the Arduino and the Raspberry Pi,” Ian Livingstone, co-founder of British game production company Games Workshop, told The Guardian.

“We want to channel the spirit of the BBC Micro for the digital age,” Hall told The Guardian at the Make it Digital launch. “Everyone involved [wants] this to be a defining moment for digital creativity."

The 9 Best Computer Science Schools in the World