With only a few months left until the June presidential elections, the Iranian government has come up with an unprecedented string of creative tactics to hamper foreign coverage and intimidate dissident journalists living in exile.

This week, Iranian journalists working for the popular BBC Persian Service found themselves as the targets of an extensive smear campaign, courtesy of cyber activists affiliated with the government, the Guardian reports.

According to Sadeq Saba, the head of BBC Persian, the level of fear and intimidation has significantly increased against exiled journalists during the past few weeks, with the government going as far as spreading death threats and allegations of sexual misconduct in a series of fake blogs, Facebook pages, and counterfeit websites like BBCPersian.ir, which fooled web users by mirroring the BBC’s trademark appearance.

Saba brought to light the various attempts made at intimidating his colleagues on his BBC blog:

Iranian government agents have increased their actions against BBC Persian. Not only does the Intelligence Ministry repeatedly summon and harass family members of our staff, but they also spread lies and falsehoods in the country’s newspapers, state television, and social networks in a bid to create a false identity and tarnish [the staff’s] image.

"This is unprecedented even for them," he added, noting that the BBC could take legal action against the Iranian government's hatchet jobs.

Among the fabrications publicized extensively in Iranian state media and press were those attributed to Nafiseh Kouhnavard, a presenter on BBC Persian's talk show Your Turn, who is falsely quoted as saying that having criss-cross, extramarital relationships is "common and normal" among BBC journalists, the opposition Rooz Online news site reports.

First carried in Vatan-e-Emrooz daily, the fake material has since been republished by state-affiliated news organisations. The fabricated contents are usually chosen carefully to target the most sensitive issues in Iran, especially among conservatives wary of western lifestyles… Googling Kouhnavard's name still brings up fabricated news about her, leading to confusion among friends, relatives and genuine fans of her journalism.

Iranians have responded with outrage to the cyber smear onslaught.

"For decades, the government has resorted to a wide range of intimidation and smear tactics to curb the free flow of information inside Iran," Rooz Online's Behrouz Samadbeigi writes. "Now they have taken their efforts a step further by zeroing in on any independent coverage of Iran, which takes place beyond the country’s borders and far from the control and censorship of the government." 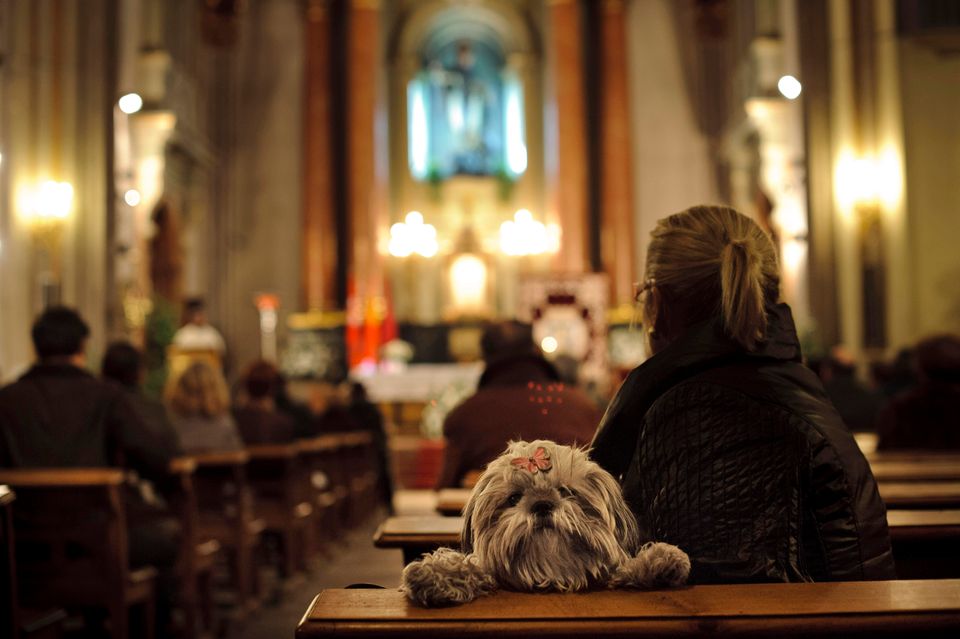 1 / 11
Spain
A dog looks over the back of a pew as people take part in a mass at San Anton Church in Madrid, Thursday, Jan. 17, 2013, in honor of Saint Anthony, the patron saint of animals. The feast is celebrated each year in many parts of Spain and people bring their pets to churches to be blessed. (AP Photo/Daniel Ochoa de Olza)
AP