When I revealed Leah's battle with cancer to the public and put my football career on hiatus, people called me a hero. But I've never thought of myself in that way. I think of myself as a father who would do anything to care for his child. If that makes me a hero, then it's time to acknowledge every dad who puts his children's needs before his own. Any father wants what's best for his children--but it doesn't end there.

Recently, a professional athlete walked away from his sport--forfeiting millions of dollars in so doing--after his employer instructed him to stop bringing his son to work. His decision, whether you agree with it or not, triggered what I see as an important conversation about work-life balance for modern dads, a topic that wasn't being discussed in the media but caught the attention of dads around the country.

This athlete is undoubtedly his son's hero. Not because he is a professional athlete, but because he made the decision that caring for his son is more important than professional success. In this instance, the athlete placed his son and family above his own career--a move that surely reinforced his status as a hero in his son's eyes.

"To your kids, you'll always be a hero--just take it from Leah."


I strive to create extraordinary life experiences for Leah because I yearn to be her hero, even if it makes me feel awkward about that title. As a professional athlete, I'm fortunate to have a public stage to tell our story--but more importantly, to call for the recognition of every father who goes above and beyond every day, which largely goes unrecognized. For me, care isn't a choice, it's an action I take every single day. The care I give for Leah is where I find my real strength.

When my wife and I decided to marry, I knew that I couldn't say 'I do' without Leah by my side. Asha and I immediately put our nuptial plans on hold after we learned about Leah's illness. I know this was the right decision; when I asked Leah the other day why dads are heroes, she told me, "Because they are there when something happens."

I've learned I'm not alone in harnessing strength through giving care. Like the men in this video--on which I partnered with Dove Men+Care to help bring to you--who push a wheelchair-bound son around the skate ramp or build and ride backyard rollercoasters together, countless fathers across the world put their children before themselves daily and inspire not only their children, but their entire families simply through continuous love, encouragement and support. These dads may not be the men scoring touchdowns or notching sacks on Sundays, but their care feeds their strength and make them heroes--and not just on Father's Day, but every day.

When Leah and I were headed to the movies recently, I asked her who her favorite hero was. Waiting to hear the usual superhero response, Leah laughed and said, "You're my favorite hero, daddy! Because you've always saved the day." I smiled.

To your kids, you'll always be a hero--just take it from Leah. 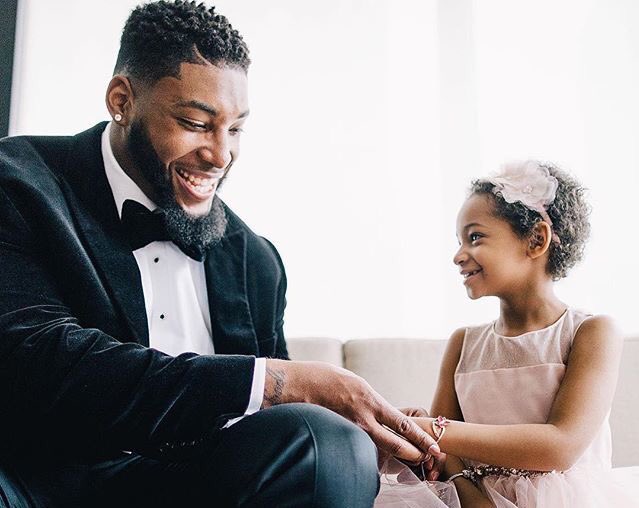