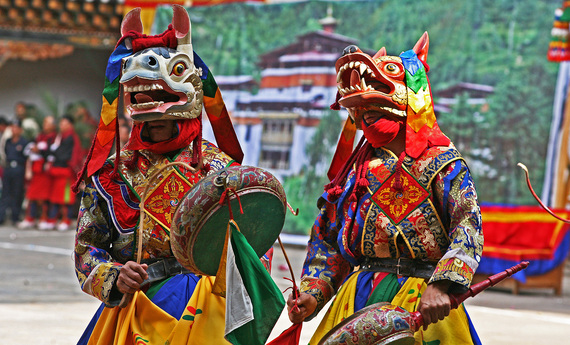 Gain an insight into Bhutan's deeply ingrained culture by becoming immersed in the nation's celebratory spirit.

Alluringly known as the land of the thunder dragon, Bhutan has been capturing the imagination of adventurous travellers since opening its gates to visitors in the '70s with the promise of Himalayan mountains blanketed in pristine forest and remarkably content people who famously live by the philosophy of Gross National Happiness.

With a distinct scarceness of western influence, Bhutan still manages to retain its identity. The small capital of Thimphu - which the younger generations now flock to - seems more provincial than national hub, each house painted with images of tigers, dragons, the mythical Garuda and snow lions that they say bring good fortune to the people who live there, as well as being a sure sign of the traditions that haven't yet faded. 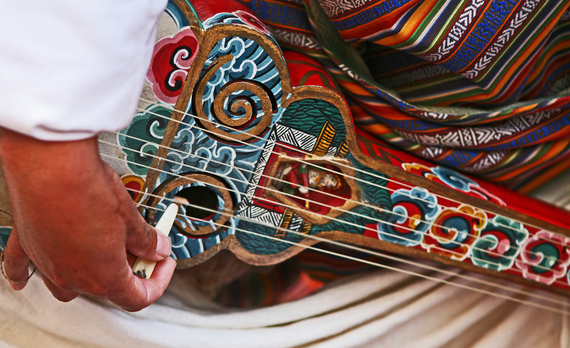 In serene courtyards of temples and stupas, and on each town's main street, both the young and old spin prayer wheels to repent their sins. And after seeing the colourful depictions of the Tibetan wheel of life that illustrates the afterlife, on the walls of each fortress-like dzong and temple, it's clear that the nation's Buddhist beliefs ultimately define the way life is led.

Each month festivals known as tshechus are held for people to gather together and watch masked dancers boisterously recreating Buddhist tales, which they believe invoke the blessings of deities, while reaffirming each person's place on earth.

Red-robed monks and families gather around the courtyard, enwrapped in the stories that they've all come to know so well and roaring with laughter at the jesters known as atsaras, who keep the audience entertained throughout each day. For visitors, these festivals are an unrivalled opportunity to understand the roots of Bhutanese culture while becoming immersed in the celebratory spirit. 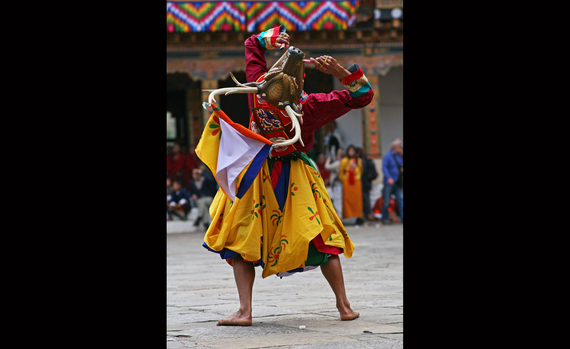 Punakha Tshechu
MARCH
Punakha Tshechu is held each March in honour of the yogi and saint who introduced tantric Buddhism to the Himalayan people. The celebration incorporates masked dances, Buddhist chants and the unfolding of a huge sacred scroll, and it all takes place in the city that was once Bhutan's capital.

Haa Summer Festival
JULY
Among the forested hills and valley of Haa this summer festival is a celebration of the nation's rich culture, with the chance to taste Bhutanese cuisine, take part in national sports and watch traditional dance performances. 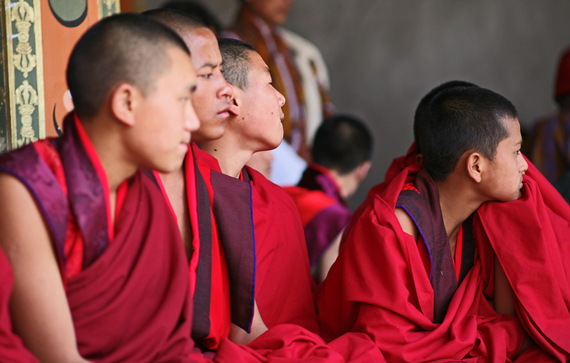 Thimphu Tshechu
OCTOBER
Held at the grand Tashichho Dzong in Bhutan's capital Thimphu, this is one of the biggest tshechus across the country, attracting people from the surrounding districts to see the traditional dance performances. The Buddhist monastery and fortress is also where the government and king's offices are located.

Prakhar Dromchen
NOVEMBER
In the spectacular valley setting of Bumthang - considered to be the heartland of Buddhism in Bhutan - dance dramas are performed to pass the country's traditional values, mythology and spiritual beliefs on to each generation. 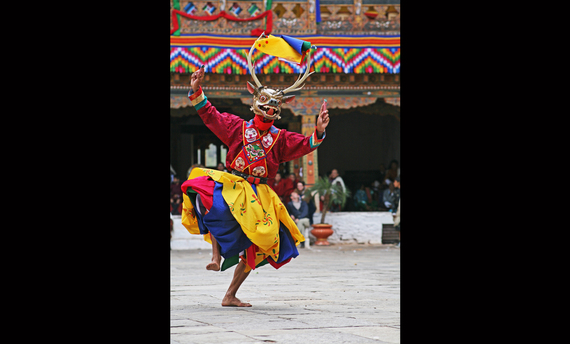 Trashigang Tshechu
NOVEMBER
In Bhutan's largest district of Trashigang, the local dzong sits high up on a ridge, making it an especially scenic setting for the festival that's attended by the Brokpa semi-nomadic people, Khengpa community and people from the surrounding districts. As well as masked dances, ceremonies are performed by the local monks. 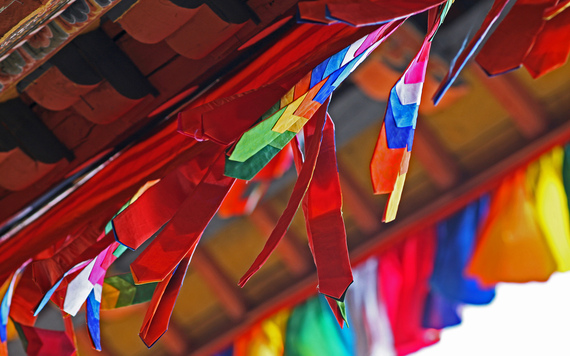 All images were taken at Punakha tshechu by the author Lauren Hill.