Recently a friend I'd lost track of years ago reconnected with me. Among other "what I've been doing for the past decade" facts, she shared that her sister had given birth to a baby girl named Brave.

My friend sent me pictures of this tiny beloved -- an eighteen-month-old goofing in her Halloween costume, streaking through the house after a bath, wearing a Ziploc box on her head, a Ziploc box that coordinates perfectly with the colors on her fuzzy footie jammies.

I've thought of Brave -- or, more accurately, of her name -- many times this week, as Facebook's eerily accurate algorithm has enticed me, again and again, with an advertisement for a leather bracelet with a silver clasp that reads Be Brave.

I've imagined what it would be like for Brave to receive that bracelet as a gift when she's, say, standing on the edge of puberty, at risk of -- as too many young girls are -- losing herself. Or when she's, for example, making that choice between the job that pays the rent and the work that feeds her soul. Or when she's, perhaps, swirling in the whirlpool of a relationship that no longer serves her, trying to find her way out.

What if, in one of those moments, someone gave Brave a bracelet that reminded her, Be Brave?

What if my own name meant brave? What if I wore a bracelet that said, Be Cheryl, and that meant, Be Brave.

Because it does, right?

What takes more bravery than the choice to be yourself, to honor your truth, your intuition, over and over again, in the face of circumstances or people or surroundings that would rather you acted like someone else?

What if Be You means Be Brave?

What if Be Brave means Be You?

The real you, the one Martha Graham spoke these words to:

There is a vitality, a life force, an energy, a quickening that is translated through you into action, and because there is only one of you in all time, this expression is unique. And if you block it, it will never exist through any other medium and will be lost.

What if you wore that command on your wrist, on your lips, tattooed over your heart, woven through your soul?

How would you answer that call? 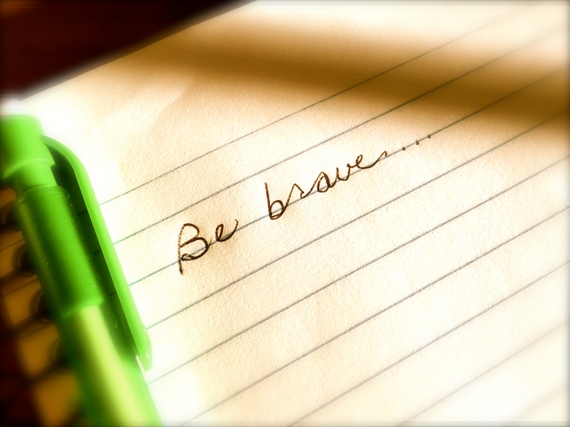 This post first appeared on Write Where You Are.