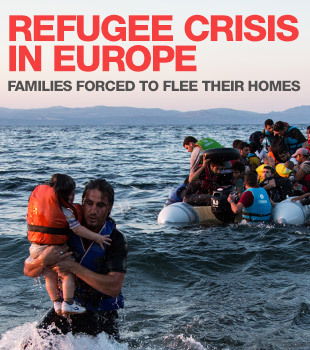 We have seen the heartbreaking images of Syrians in desperate attempts to flee their war-torn homeland. All they want is to find safety in Europe, away from the conflict in the Middle East.

Thousands of Syrians each day are making this dangerous journey. They are tired, scared and hungry. What should the international community do? Start welcoming them.

That is exactly what the United States and other nations did for Hungarian refugees after their 1956 revolt against the Soviet Union. President Dwight Eisenhower launched Operation Safe Haven for refugees who were escaping the assault by the Soviet troops who were suppressing the rebellion. Other nations were welcoming to those Hungarians forced out of their country.

Eisenhower remarked in 1956, "It is heartening to witness the speed with which free nations have opened their doors to these most recent refugees from tyranny. In this humanitarian effort our own nation must play its part."

President Eisenhower did something else which President Obama should do right away too. Ike ordered food and other assistance for the refugees. Welcome kits were provided. 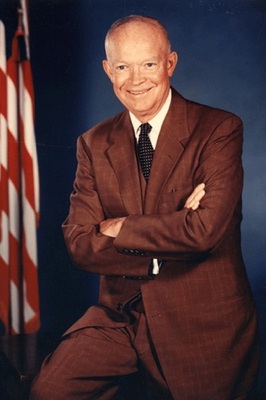 President Dwight Eisenhower upon meeting Hungarian refugees at the White House said, "We shall continue our efforts to try to help those who are coming out and, as you know, we have offered to send in supplies of food and medicine and other assistance to help those still in the country. We will continue to do that and we will be very, very glad to do so. And so, finally for your courtesy in coming down from Camp Kilmer to see me and to give me a chance to talk to you directly, my very grateful thanks."

Eisenhower was not the only United States president to get involved. Former President Herbert Hoover became involved as well with the relief of Hungarian refugees. Hoover became a spokesperson for the charity First Aid for Hungary, which set up field kitchens, first aid stations and mobile pharmacies for those escaping the violence.

Food was also able to be moved into Hungary. The Red Cross was able to feed those who remained behind in the aftermath. They provided food, including lunches for school children and milk for infants. Catholic Relief Services, a charity helping Syrians today, was one of the leaders in providing aid at the time of the Hungarian crisis. So too was CARE.

The United States, in 1956, quickly began bringing thousands of Hungarians to Camp Kilmer, New Jersey to begin their settlement process.

Today, the international community needs a new Operation Safe Haven for Syrians. This would help those were are fleeing into Europe. But the crisis of course goes much deeper.

Millions of innocent civilians remain in Syria and other Middle Eastern countries. They are running out of food and hope. They are meeting despair, frustration and hunger. The UN World Food Programme (WFP) does not have enough funds to feed them. The WFP has been forced to reduce rations.

The world powers have not been able to press for a peaceful solution to the conflict. So it goes on and on and on.

Bill O'Keefe, of Catholic Relief Services, says, "Many Syrians have given up hope of returning home any time soon. Countries such as Jordan and Lebanon that have opened their doors to Syrian and Iraqi refugees are simply out of resources. And many countries in Southern Europe are not prepared to meet the growing needs of those moving onward."

Every person, every country needs to do a better job. Such a desperate time, the worst since the World War II era, demands of us. Late breaking news shows that Austria and Germany are starting to welcome the Syrian refugees. 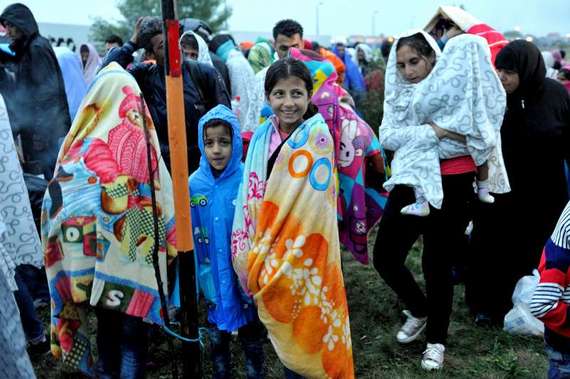 A lot more needs to be done. The United States will have to lead on several fronts. President Obama and the Congress need to get to work.

First is trying to find an end to the civil war in Syria. This will be Obama's biggest test on the foreign policy front. For ending the war in Syria is crucial to bringing peace to the Mideast and defeating the terrorist group ISIS.

The United States Food for Peace program has be increased, even doubled in size, to meet these hunger emergencies. It's not just Syria. Wars in Iraq, Yemen, Ukraine, South Sudan, Central African Republic have put countries near famine. The Food for Peace program is the single largest donor to WFP, which leads the hunger relief in all these countries.

We cannot let these people starve. Peace cannot be won empty stomachs. No political solution in Syria or anywhere else will succeed if people are malnourished and desperate. Hunger and chaos play into the hands of extremist groups like ISIS.

One thing we do know is that we can respond to this crisis. We can elevate our response like we did during WWII and the Cold War era. We can have great leaders today who will rise to meet the challenge.