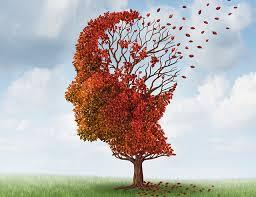 Since the annual Christmas Monster that Swallowed the Western World now hits stores on the day after Halloween, Thanksgiving, with no costumes and no presents attached to it, has been largely ignored. For that reason, as the holiday is fast approaching, you may have given no thought to what you are thankful for. And, if you are a member of one of the 47 families left in the US that still talks about thankfulness before demolishing the turkey, the following, sent to Life in the Boomer Lane by an alert reader, may help.

If you are a boomer or older, take note: It turns out that there is nothing wrong with your brain. Your thought processes are slow because you know so much. People do not decline mentally with age, it just takes them longer to recall facts because they have more information in their brains.

LBL suspects that many of you are treating this nugget of information with the same degree of skepticism as you do when you listen to political candidates speak. It sounds good, but you have the creepy feeling that after the cheering and placard-waving is over, you will still not be able to find your car in the parking garage at the end of the rally and will be lost in space, wandering around and forgotten.

But, in spit of this, this makes perfect sense, if we think of the brain as a computer. According to Science Daily, much like a computer struggles as the hard drive gets full, so too, do humans take longer to access information when their brains are full.

"Aha," you ask, "but what about the Cloud?" "Aha," LBL answers, "the 'Cloud' is something that is always out there, floating around and doing cloud-like things and making announcements on cell phones like 'Your cloud has not been backed up in 276 days.'" For that reason, we will not muck up this blog post with irrelevant information.

Back to Science Daily: Researchers say this slowing down process is not the same as cognitive decline. "The human brain works slower in old age," said Dr. Michael Ramscar, "but only because we have stored more information over time. The brains of older people do not get weak. On the contrary, they simply know more ."

Dr Ramscar also thinks that most measures of cognitive ability are flawed, because they don't isolate data. If you are working on a computer and you have all kinds of other searches running at the same time (airfare to Florida, comfort shoes, doctor's appointments, crotchless panties), the computer's processing time slows down. If you shut down all other systems and only focus on one, the processing time speeds up.

The bottom line is that older people have so much knowledge, their brains have to cover more territory to arrive at an answer. "Forget about forgetting," explained researcher Peter Hendrix, "if I wanted to get the computer to look like an older adult, I had to keep all the words it learned in memory and let them compete for attention."

Names are a great example. In previous generations, everyone was named John, Tom, Mary, or Lavinia. Now each humanoid is given a unique name, so we have names like Kumquat, Xceptional Whizdom, Fifi Trixibelle, Fri'Chickeneesha, and !!!@@@//%$???. This is why, nowadays, nobody knows anyone's name. Older people are just as good at forgetting names as young people are.

Another important part of brain processing is "paired associate" learning. Scientists present paired words to people. Some words naturally go together (up/down), others don't ( politician/rational). Younger adults do better when asked to learn to pair words that go together than with words that don't. On the other hand, older adults are better at noticing words that don't usually go together. Young adults notice this less.

"Older adult's scores to be far more closely attuned to the actual information in hundreds of millions of words of English than their younger counterparts." The conclusion: Older adults have a better grasp of the language.

LBL will leave you with a great example of all this: Last week, LBL received a text from her friend Claire, asking if she, LBL and another friend, Barbara, could meet for dinner a bit earlier than planned. At the moment the text came in, LBL was asking yet another friend if she wanted to see a movie that evening. She did this, in spite of the fact that she had written "Dinner with Claire and Barbara" in very large letters in her Daytimer, on the appropriate date.

LBL quickly trashed the email to the movie friend and told Claire that she could, indeed, move the dinner time up. Claire told LBL that Barbara's response to the text was, "Oh, is dinner this evening? I thought it was tomrrow."

What all this proves is that LBL and her friends had a wonderful dinner and used a lot of words from their extensive vocabularies to discuss the merits of nachoes with guacomole on top vs on the side. Had they not had such extensive vocabularies, they would have been reduced to merely eating the nachoes, grabbing, chewing, and nodding their heads.