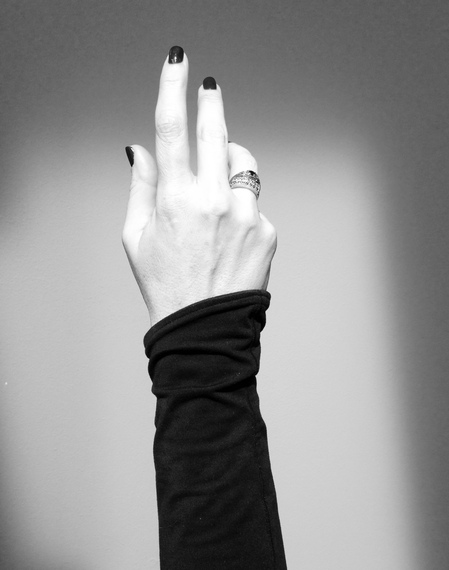 I always had difficulty asking for what I wanted or needed. I never wanted to be a bother, or cause anyone any trouble. Even when asked if I wanted something, or if someone could do something for me, it wouldn't be unusual for me to demurely decline, stating, "Oh no, that's okay", even if deep down I really wanted to say yes.

I also often held back when I received something I didn't like, whether it was a disappointing dish in a restaurant or an unflattering hairstyle. I can't count how many times I quietly paid for something with which I wasn't satisfied, only to then turn around and seek it elsewhere, hoping for better results.

At first I thought maybe it was a Southern thing, this being so overly polite that I found myself disappointed or missing out (or worse). But, I realized, it was more likely a people-pleasing thing, a character trait not limited to any particular region. It's not like I didn't know one could be polite and respectful when being assertive, or that being clear and direct generally garnered more respect than being passive. Yet still I had trouble speaking up.

Once, rather than say anything, I even thanked - and tipped - a masseuse after a massage that crossed certain lines and made me feel uncomfortable. I didn't want to offend him or get him in trouble in the event he hadn't intended to be inappropriate. I talked myself into believing perhaps it was all in my head. (I later learned that a friend had had a similar experience with the same massage therapist, who soon thereafter suddenly left town.)

And if I found myself holding back from speaking up with friends and service providers, I became even more tongue-tied in medical situations. I wouldn't ask questions, even if I had them; and I didn't seek second opinions, even when I felt I should, for fear of hurting the caregiver's feelings.

Until I got cancer, that is.

Somehow when the situation became life and death, my tongue got a whole lot looser. And, wow, what a difference it made to speak up for myself! I learned that good physicians and caregivers are not threatened or offended when their patient decides to seek a second opinion; rather, they welcome the input. And they actually want to answer questions from their patients about their treatment plans. They don't want anyone going forward with a treatment plan they don't fully understand. They are also willing to spend however much time is necessary ensuring their patient is comfortable and fully comprehends their diagnosis and the recommended treatment.

Since becoming part of a healthcare-centered community, I've watched friends struggle with similar difficulties because they weren't comfortable using their own voices. I've heard stories of friends who left their doctor's offices in tears because they felt rushed or brushed off and still had unanswered questions. One friend told me she felt worse when she left her specialist's office than when she went in because of the indifferent manner in which she was treated. Another friend had her doctor brush off concerns about a lump in her breast saying she was "too young" and shouldn't worry about it. By the time she found someone to pay attention to her, her breast cancer had spread to her lymph nodes.

What I tell friends in these situations is: you have to be your own advocate. Unless you have a parent or spouse or friend who is going to accompany you to every appointment and be your voice, you have to be your own voice. (And I can tell you that questions and concerns are more powerful coming from YOU than from someone else. But if you're not comfortable doing it, find someone who is, and preferably not someone too close to the situation to be objective.)

To me, there should be certain non-negotiables when it comes to your medical care:

1. You should be able trust your healthcare provider, unequivocally. He or she should make you feel totally comfortable and you should never leave an appointment feeling rushed or brushed off or with unanswered questions. If this isn't consistently the case, find someone who does make you feel comfortable.

2. If you have a concern about a health issue, be it a lump or bump or ache or pain or some new strange symptom, and your healthcare provider blows you off and tells you not to worry about it, find someone who will listen and run to ground any concerns you may have. Maybe it's nothing, but maybe it's not. Since this is the only life you have, there's no reason you shouldn't be sure.

3. If a certain treatment plan is recommended for you and doesn't feel quite right, say so, or go get a second opinion. In fact ...

4. For any serious condition, I'd recommend getting a second opinion to be prudent (and a third or even fourth, if necessary). If for nothing else, having a consensus among experts will give you peace of mind.

5. Listen to your gut. If someone or something makes you feel uncomfortable, seek help elsewhere. And speak up if you feel you have been inappropriately treated. If not for yourself, do it to save someone else from having a similarly bad experience.

7. On the subject of options, while it's good to stay current on developments about your particular condition or illness, be careful about the sources from which you get your information. Message boards, poorly-curated "informational" sites and random Internet searches are not the way to go. Googling is fine, but check the sources of the articles that pop up. If the piece originates from one of the top 10 hospitals in the country for your particular ailment, it's probably safe. However, if it's a fringy-type site with misspelled words and hysterical claims, do yourself a favor and exit right on out of it. And take with a grain of salt all information gleaned on-line and from well-meaning friends until you've checked it out with a credible source.

Bottom line: Raise your hand. Ask questions. Listen to your gut. And when in doubt, check it out. You're worth it. Wouldn't you rather risk having someone think you ask an awful lot of questions than to find yourself lying on your death bed wishing you'd spoken up when you had that bad feeling?

I've never once regretted using my voice. But I've certainly regretted not using it.