Olympic photography can capture a gymnast mid-leap, a swimmer mid-stroke and a diver just before she plunges into the water. But when it comes to Women's Beach Volleyball, photographers seem to focus on certain parts of the players' bodies more than their serves.

When searching through photographs of the latest beach volleyball games, one comes across quite a lot of these:

Nate Jones pointed out the stark contrast between the way female beach volleyball players and most other athletes are snapped in a piece for Metro on August 1st. He also took it upon himself to crop photos of male basketball players, swimmers, divers and gymnasts to see what it would look like if every Olympic sport was photographed like beach volleyball. (See the full post here.) The result? Lots of closeups of men's crotches.

It also doesn't mean that other Olympians aren't being gratuitously ogled (because they are). However, as Jezebel's Doug Barry pointed out, most other athletes don't get such "lecherous" treatment from the camera:

For all the objectification of Ryan Lochte that's gone on recently, all pictures of him include, you know, his face rather than his junk. Ditto for similarly scantily-garbed male Olympians. Female beach volleyball players, however, are some of the only Olympic athletes in the Getty Images Olympics archives whose bottom-halves take up entire frames.

This year marks the first Olympic games where female beach volleyball teams were not required to wear bikinis, and it's true that Team USA and many others still chose to rock them. But does that choice make this photo a fair news photo of an elite athlete? 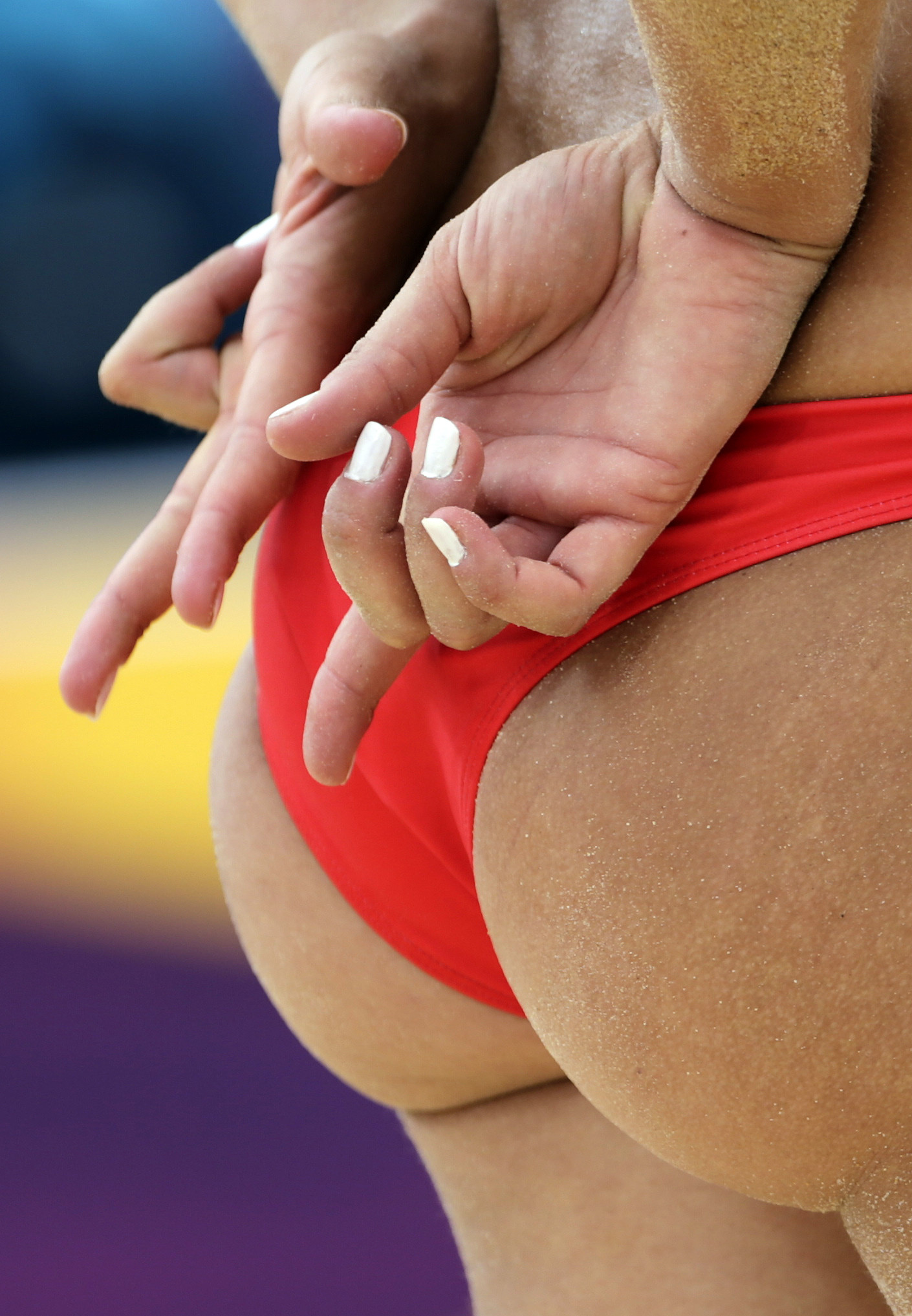 What do you think? Let us know in the comments!