Volumes one and two are available here and here. 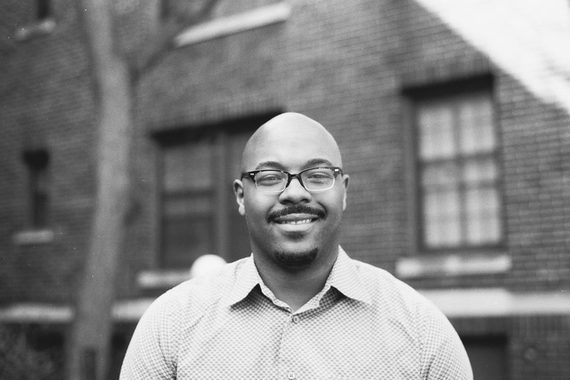 Nate Marshall is from the South Side of Chicago. He is the editor of The BreakBeat Poets: New American Poetry in the Age of Hip-Hop (Haymarket Books, 2015). His book, Wild Hundreds, won the Agnes Lynch Starrett Prize and was recently published by University of Pittsburgh Press. He is a 2015 Ruth Lilly/Dorothy Sargent Rosenberg Fellow. His rap album, Grown, dropped this summer. He is a Cave Canem Fellow and member of the Dark Noise Collective. He is currently a visiting assistant professor at Wabash College. 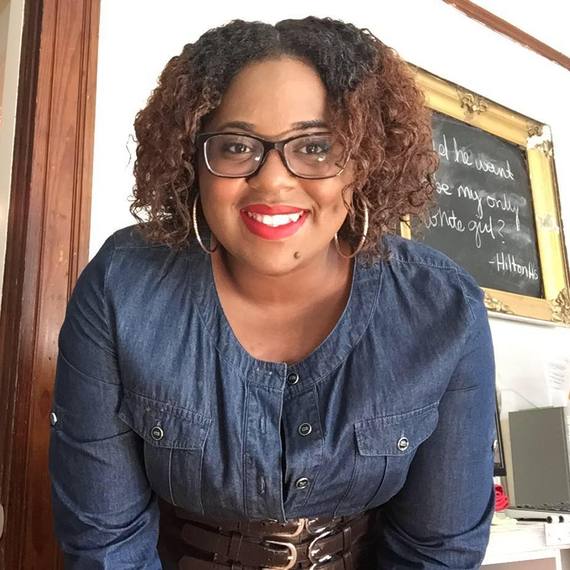 Zoe Rana Mungin is from East New York, a part of Brooklyn where white people have just begun to explore. She's a graduate of Wellesley College, and currently teaches writing at New Jersey Institute of Technology. She watches a lot of hockey. She's working on a project that explores the intersection of colored girls and Sailor Moon. 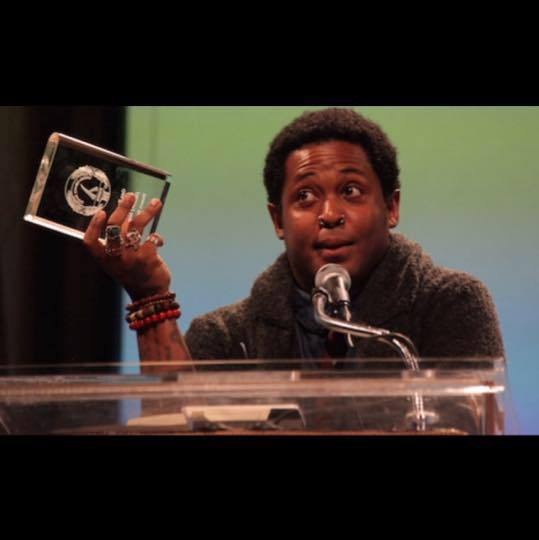 Danez Smith is a writer from St. Paul, MN. He is the author of [insert] boy (YesYes Books, 2014), a finalist for the Norma Farber First Book Award and winner of the 2015 Lambda Literary Award for Gay Poetry. His most recent book, Black Movie, won the 2014 Button Poetry Prize. In 2017, his 2nd collection will be published by Graywolf Books. He is a 2014 Ruth Lilly/Dorothy Sargent Rosenberg Fellow, a Cave Canem Fellow and a member of the Dark Noise Collective. He is currently a candidate in the University of Michigan's MFA program.

7/29 - "On Perspective"
ZM: I mean, we're all gonna die.
DS: Yeah, we are.
ZM: I'm going back to church in preparation.
DS: But first, can some people who killed black people go to jail?
Going back to church feel like a lot lol
What church?
ZM: I'm just gonna go to them all
And hope somebody's Jesus saves me.
DS: "Somebody's Jesus" sounds like a very black very queer anthology.

8/6 - "On Being Far From Home"
NM: It's weird. Wal Mart has guns for sale
And lots of camouflage
Also I'm currently keeping count of how many black people I see in town not affiliated with the college.
It's 6 in about a week.
Maybe fewer
The people are generally nice
A few random confederate flags as I'm riding around.
Right now I've seen as many rebel flags as black people.

8/6 - "On Fear and Money"
NM: I'm excited about this book but its also weird that its not in my own head. And that other people can see it and experience it and all that shit.
It freaks me out kinda.
GB: How is the book different than a chapbook or publishing a poem in a magazine?
DS: Money.
I'm just playing. Ain't no money in publishing poetry.
NM: No money at all.
ZM: If we wanted money we should've gone into banking.

8/24 - "On Time Passing"
GB: Do y'all ever spend an entire Monday doing nothing and then wake up and it's next Monday?
DS: You just described my last 3 weeks.
NM: My whole summer.

8/25 - "On Sailor Moon and Beautiful Black Magic"
ZM: oh my god
have you ever watched Sailor Moon?
Try to imagine being a dumb girl-child who doesn't understand anything about anything, and suddenly a goddamn cat starts talking to you and tells you that you can save the world.
That you are bigger than where you are in this moment in time, and that no matter how terrible things have seemed and how stupid and reckless you've been, you've always been powerful.
Like
That is some powerful s**t to a 12-year-black girl
NM: That's beautiful
ZM: Nowadays it's not uncommon to hear the phrase "black girls are magic," but Sailor Moon -- this hella shojo show from Japan -- was the first time I ever really felt like I was, that there was something in me, as a girl who would grow up to be a woman, that was powerful.
Also, watching Sailor Moon was how I learned how to look up -- literally. When you grow up in a city, light pollution bleaches out most of the stars in the sky, but it doesn't mean that they aren't there. And that's something powerful, to me at least.
Also, Sailor Moon is all about female friendship, which is also magic.

"salt & sour chips/ or the dill flavor/ in the bright green bag."

"listening to Lil' Kim & Biggie while your sister braids your niece's hair is the break."

DS: I take anything Nate writes to be true, cause I've seen some pretty shameless confessional work from dude.
I won't go into detail in respect for his rep.

DS: Meanwhile, in MN, Roxane Gay bought me and a whole bunch of black writers some really fancy steak after she f**ked us up in workshop.
ZM: Daaaaaaaamn
GB: What's Roxane like in person?
ZM: Wait I don't know if I want to know what she's like in person, I want to keep imagining her as Jesus.
DS: Roxane is so kind, wise as a f**k, hilarious, and did I mention kind as s**t and a genius?
She's like her Twitter but better
ZM: So black lady Jesus. She even bought y'all steak.
DS: I recognize her as the one true supreme.
It is always great when you meet heroes and they're not a**holes.
The first time I met Nate tho...
NM: Lol no comment.
DS: lil cocky mofo he was lol.
NM: You were too lol
To be fair.
DS: Btw Nate, I'm home and drinking liquor from the fish fry
You right, glad humility happened.
NM: Old liquor.
DS: Still get us drunk tho.

DS: I love it! I feel like I'm living the exact opposite of every "don't get an MFA" article ever released on the interwebs.
I think the white folks knew I was coming an decided to act right.

DS: His mama read Lucille Clifton. It was the single blackest most grand and on brand act I've ever seen.

ZM: I feel hella blessed to be teaching nerdy a** brown kids from the hood, who reference Drake, anime, and math and s**t all in the same sentence. I don't even know how effective I'm being this semester because mostly I just want them to talk to me about everything and know that they matter and that they're safe and that they're enough exactly as they are.
I'm just like, you can say 'lit' in your paper as much as you want as long as you don't use any goddamn adverbs.

ZM: Comp all day
DS: Word. Imma need your guidance next year
I'm so scared of teaching Comp.
ZM: It's the best. I have only felt useful in life when teaching seventeen year olds how to use a goddamn semicolon. I have never felt that useful in a creative writing classroom
NM: I hate comp.
DS: I'm with Nate.
ZM: whaaaaaaat why?
DS: I feel most free and useful when talking about poetry or creativeness in general.
NM: Agreed.
DS: I feel like I can teach essays too, but not in the "this is how you'll succeed in college" way.
NM: Honestly I'm a good academic writer but its way more intuitive for me than poems.
NM: i feel more well equipped to "know" things about poems and to facilitate that learning.
ZM:I would say the opposite for me about fiction.
In comp, there's always a thing to show your students how to do. This is how to use this punctuation, this is how to form an argument, this is how to double space your essay in Word.
NM: My understanding of academic writing is I know how to do because as a kid I read books and I know how books supposed to sound. I don't actually know much about semicolons and s**t. Or how to diagram a sentence.
Yeah i know how to use punctuation. but i don't necessarily know how to explain it.

9/29 - "On Teaching and Cussing"
ZM: tbh I just curse a lot
A few days ago, we were talking about alliteration for some reason, and I said that it was my "fu**ing favorite." And it took a few minutes, but eventually, they were like, OH, WE GET IT. That kind of performance feels easier to me than talking about why fiction does or doesn't work, or how.
NM: Man i curse a good bit
its a problem now because i think some of the students are too comfortable about cursing in their writing. I don't mind that but I fear they'll just take that into other classes.
ZM: Ahhhhhh imagine the email you'd get from some other prof, "Emily told me that you told her that it was okay to say f**k in reference to Emily Dickinson. Please explain."
DS: And you send back "let Emily live, my ni**a."