Humans aren’t the only creatures going ape at Colorado pot dispensaries ― so are bears.

On Tuesday, Colorado Parks and Wildlife posted a video of a buzz-seeking bear breaking into a pot dispensary in Lyons and attempting to steal a dumpster.

The footage, taken July 17 at a place called The Bud Depot, shows the bear trying to remove the dumpster from its holding area. It was unable to open it, according to the Daily Camera.

Inside Edition speculated the contents in the dumpster may have given the bear the munchies, but Bud Depot manager Nikko Garza wasn’t high on that theory.

“Oh, [it’s] just boxes. It’s none of the fun stuff like you would imagine,” he told local station KDVR.

Garza said the bud-friendly bear is a regular visitor to the Depot, so much that the staff has nicknamed it “Cheeseburger.”

He said the bear’s actions reminded him and his co-workers of another local fixture: the hotel where “The Shining” was filmed.

“[The bear] busted through like ‘The Shining,’ which is ironic because the Stanley Hotel is like 20 minutes up the road,” Garza said.

Colorado Parks and Wildlife is monitoring the bear population in the area, and have tried hazing the creatures to scare them away from businesses and residences.

The agency may also write tickets to people who do not properly secure their dumpsters, according to KDVR TV.

However, Garza doesn’t see anything wrong with the bear hanging around his dispensary. 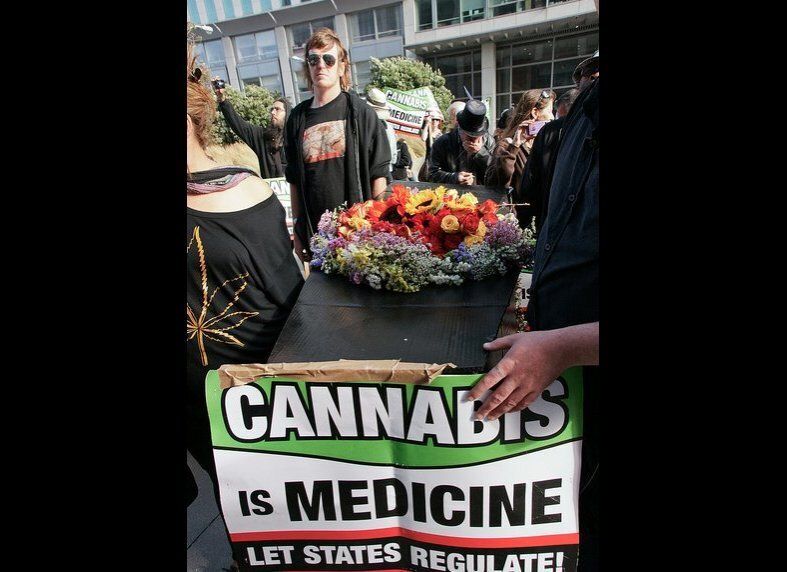