Drew Hamilton, a tech worker with the Alaska Department of Fish and Game, was photographing brown bears in the McNeil River State Game Sanctuary and Refuge when he captured the shot of a lifetime.

Some people would need a new pair of underwear after an encounter like this one, but Hamilton remained cool as a cucumber.

The sanctuary is home to the world's largest concentration of wild brown bears, who take advantage of the area's abundant salmon population. Toward the end of the video, as the camera swings around, you can see about a dozen bears in the river.

At least 144 individual bears have been seen in the river over the course of a single summer, and up to 74 bears were spotted during one encounter, according to the sanctuary's website.

To protect the bears as well as humans, only people who win a lottery are given permits to access the viewing area. No more than 10 people are allowed in at a time, and once at the viewing site all are confined to a small 10'x10' gravel viewing pad.

This video was shot in 2012, but has been going viral after being posted on YouTube this week. 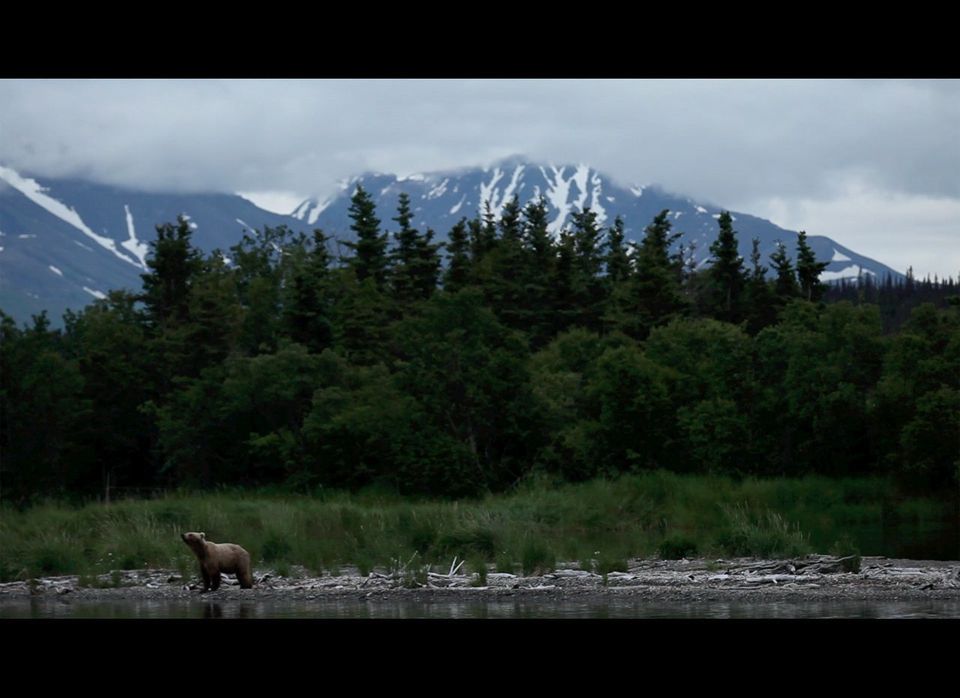