"Oh, not much, just walking around like a human."

This video, which Jukin Media assured The Huffington Post "is indeed real," shows an Asiatic black bear casually strolling around his rescue center and taking in the sights.

Despite the lighthearted nature of the clip, Eliza Jinata, the wildlife veterinarian who posted it, says the bear's unique behavior has darker origins.

According to Jinata, the animal was rescued from a bear bile farm, where he was underfed and spent his life in a small cage. His bile was extracted and sold, generally for use in traditional medicine.

Chronic underfeeding led to a small, malnourished body, which makes it easier to stand on his hind legs "because his spine can support his light body weight," says Jinata. "Standing up and waiting for food slowly became a habit which he does on a daily basis now."

According to Animals Asia, a bear rescue organization, more than 10,000 bears are currently farmed for their bile in China, in addition to an estimated 2,000 more in Vietnam. 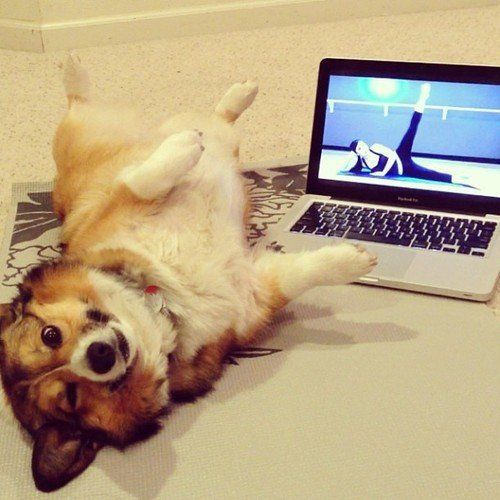 1 / 15
Pilates Pro
Exercise instructions are hard to follow, when you're a dog.
<a href="http://stuffistolefromtheinternet.com/animals/corgi-workout/" target="_blank">stuff i stole from the internet</a>