UPDATE: According to news reports, Beastie Boys founding member Adam Yauch has died at age 47. The original story continues below.

The Beastie Boys and the Rock & Roll Hall of Fame have one major thing in common: they both hit the big time in 1986. That was the year the former released its first full-length album, "Licensed to Ill," and the latter inducted its first honorees, including Elvis Presley, Chuck Berry and James Brown.

Twenty-six years later, in a ceremony that will be broadcast on HBO this Saturday, May 5, at 9 p.m. ET/PT, the Beastie Boys became just the third rap group to enter the Hall, after Run-D.M.C. (2009) and Grandmaster Flash and the Furious Five (2007). They were joined by fellow new inductees Laura Nyro, Donovan, The Faces, Guns N' Roses and The Red Hot Chili Peppers, to name a few.

Rappers Chuck D and LL Cool J introduced the Beastie Boys at the event, which took place at Cleveland's Public Hall on April 14. "They brought a whole new look to hip hop," Chuck D said. Unfortunately, Adam "MCA" Yauch, who is battling cancer of the lymph node, was too ill to attend the event and had to express his gratitude in a letter. His fellow Beasties, Adam "Ad-Rock" Horovitz and Michael "Mike D" Diamond, collected their trophy in person but declined to perform without their comrade.

Instead, the Roots linked up with Kid Rock and Travie McCoy to perform a medley of Beastie tunes that included "No Sleep Till Brooklyn," "So What'cha Want," "Sabotage" and "The New Style."

Check out a videos above and below for exclusive previews of the complete broadcast, and tune in to HBO on Saturday to see the whole ceremony, featuring performances by Donovan, The Red Hot Chili Peppers, Slash, George Clinton, and Ronnie Wood. 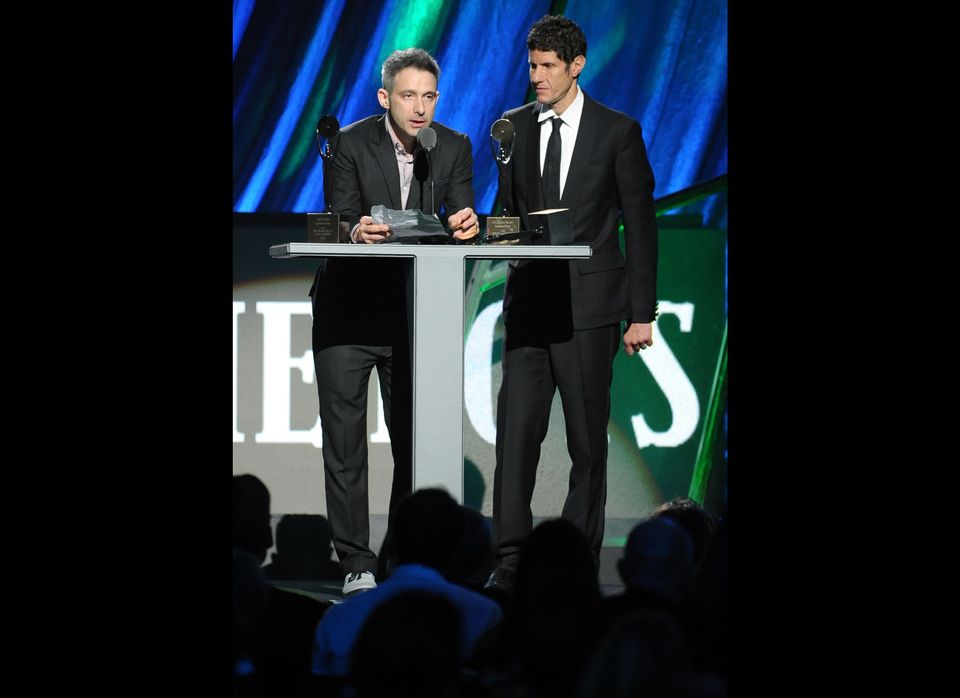