On Feb. 9, 1964, The Beatles made their U.S. debut on The Ed Sullivan Show, forever impacting American culture. Fifty years after the launch of 'Beatlemania,' Irene Katz, an original Beatles fangirl, shared her story of becoming the band's "it" girl.

Katz was part of the famous crowd that mobbed the Beatles outside of The Plaza Hotel the morning of their first televised appearance in the U.S. "I was at the Plaza Hotel on the Saturday--they came in on Friday," she explained to host Ricky Camilleri.

"We got there at 7 o'clock in the morning. It was empty. There were 10 of us, so we had the place to ourselves, and then hundreds of thousands came." 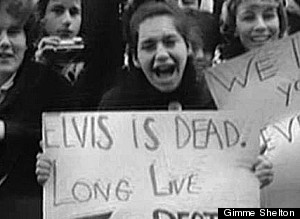 Katz was taken aback by the size of the eventual crowd. but she said the throng of fans wasn't rough or raucous. Though she wasn't crying like many of her counterparts, she said, "I was screaming, for sure," and added that her favorite was Paul McCartney.

Martin Lewis, a Beatles historian, elaborated, "Irene told me the story. She said, 'I was hoping that Paul one day would see me. He would see me and maybe--he might want to pick me out and maybe I could go around the world with him.'" 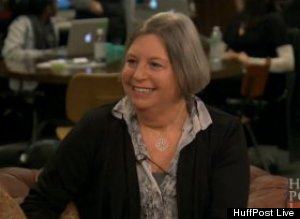 Katz described her reaction to seeing her younger self at a McCartney concert. "The first time I saw it was just totally amazing to me. I had no idea it was coming up, and all of a sudden you see my face jumping from screen to screen to screen, ending up on the Jumbotron. And then I did scream, because I was completely freaked out."

How Black Women Save Democracy

Why COVID-19 Has Impacted Black Women So Badly

Climate Change, A Global Pandemic — Is This The Apocalypse?

Is There Really A War On Christmas

Why Do We Pray?

These Former Nuns Were Allegedly Abused Within The Convent Walls

Food Monopolies Are Affecting The Future Of How We Eat

Haus of Hoodoo: Vodou Is Black

How Climate Change Is Creating Housing Gentrification In Miami