Screaming teenage girls got a lot of attention in 1964 and they're the ones immortalized in the black and white footage, but the largest number of first-generation Beatle fans were actually boys and girls between five and 10 years old -- boomers born in the mid-to-late 1950s. Though not old enough to go to shows like their older brothers and sisters, they were paying very close attention. If you're between 55 and 60, give or take a year or two, and feel an irrationally strong connection to the Beatles, this connection makes sense, given that the Beatles changed boomer childhoods in seven significant ways.

1. The Beatles made music a necessity.
Kids went from listening to Disney records and Alvin and the Chipmunks to "I Want To Hold Your Hand" and "She Loves You." Many boomers heard music at home and at school, but it was someone else's music. After 2/9/64, their ears were opened in a new way and they wanted this new music, made by and for young people. As one fan, age eight at the time, recalled, "Beatle music was ours. It became central to our lives." Children as young as six didn't want to be separated from their transistor radios. These young fans remained closely tuned in throughout the 1960s, with ears -- and minds -- wide open.

2. The Beatles displaced traditional childhood pastimes.
Children started spending more time listening to music, and records became the gift of choice. Cowboys and Indians, sports, Lincoln Logs, jacks, pickup sticks, and Chatty Cathy were pushed to the periphery. Boys who had just been playing army games were suddenly playing Beatles, with tennis racket guitars and trash can drums. Millions of boys (and a much smaller number of girls) begged for and got real instruments. 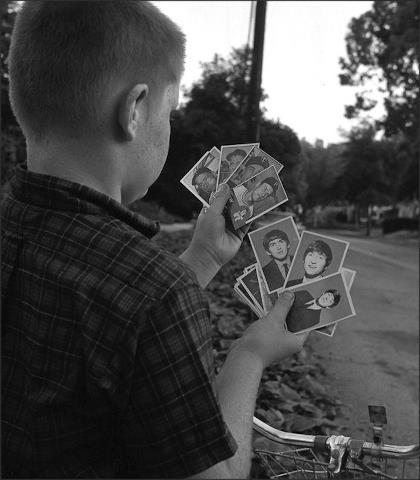 3. The youngest Beatles fans started routinely hanging out with older kids.
Young teens tolerated tweens and school-age kids who liked the Beatles and often let them tag along to be tutored in all things Beatle and all things cool. These mixed-age groups gave children glimpses into teenagerhood, making them grow up a little faster, or at least shifting their attention in that direction. One fan I interviewed for Beatleness recalls fantasizing about being a teenager when she was eight years old: "It was a feeling I associate with the Beatles and American Bandstand." As the Beatles became more challenging, these mixed-age "Beatleing sessions" became the place where boomers explored the new perspectives embedded in the music. Fifty years later, the Beatles remain an important touchstone for adult siblings.

4. Children became aware of their appearance and wanted to look "cool."
Boys as young as eight started to have strong opinions about how their hair should look and how tight their pants should be. They didn't want a "regular boy's haircut" because they no longer wanted to be regular boys. They wanted Beatle boots, and thought about how they, too, might look cool holding a guitar. Some preteen girls also wanted to look like the Beatles, but more often girls, even as young as eight and nine, wanted to look like Cynthia, Pattie, Jane, and Maureen. Looking cool became extremely important. Many of the millions of boomers who battled with parents over hair length and skirt length in mid-sixties were not yet in double digits.

5. The Beatles displaced traditional male role models.
Astronauts, soldiers, and athletes were suddenly less appealing than these four androgynous musicians. Young boys and girls were attracted to the Beatles' softer style of masculinity and the fun that always seemed to surround them. Nothing about them was threatening. Boomers had never seen human beings so charismatic, and accepted the Beatles' new proposition for masculinity.

While girls usually picked a favorite Beatle, boys appreciated the band's camaraderie. As one male fan put it, "They're four very tight, good friends in their own bubble; they created a safe place in the world for each other."

These fun, cool adults, who often appeared wiser than the stodgy adults around them, immediately became role models, and as I show in Beatleness, amassed enormous cultural authority over the course of the decade.

6. Children became consumers when they became fans of the Beatles.
Young boomers rode their bikes to Woolworth's, suburban corner stores, and rural general stores to buy Beatles-related merchandise. They cajoled money out of parents, saved allowance, or diverted lunch money to buy 45s. Older brothers or sisters could more easily afford albums. Beatles trading cards appealed to the youngest fans of both sexes, who were at the age when children love to collect, count, and sort.

Men and women now in their 50s and 60s proudly recall the first record they bought with their own money; others recall that the first time they were allowed to walk to the store without a grownup was to buy a Beatles magazine. More than mere soundtrack to important events in boomers' lives, the Beatles were the actual substance of the events, and triggered the bittersweet rite of passage from children to consumers.

7. Beatlemania created global and generational consciousness in young boomers.
Even the youngest fans became newspaper readers, scouring the paper for items about the Beatles to cut out and put into scrapbooks, which many still have. Fans followed news about them from all over the world, and heard their hits sung in German, and so we knew we were part of a global siblinghood of Beatle fans. And young Beatle fans became Anglophiles, intrigued by a place called Liverpool.

In a way more personally meaningful than a social studies lesson, boomers became aware that we had something special in common with young people all over the world. Four years later, the Beatles sang "All You Need Is Love" to the global siblinghood during the first live, international, satellite television show.

As these kids and their older siblings heard and watched the Beatles evolve throughout the decade, the band became a significant factor in their social, emotional, psychological, aesthetic, political and spiritual development. But for the fans born at the peak of the baby boom, the Beatles altered the trajectory of childhood in a significant "before and after" sort of way, and these are the fans on whom the Beatles had the greatest cumulative impact.

PHOTO GALLERY
5 Bands We Want To See Reunite
Download
Calling all HuffPost superfans!
Sign up for membership to become a founding member and help shape HuffPost's next chapter
Join HuffPost 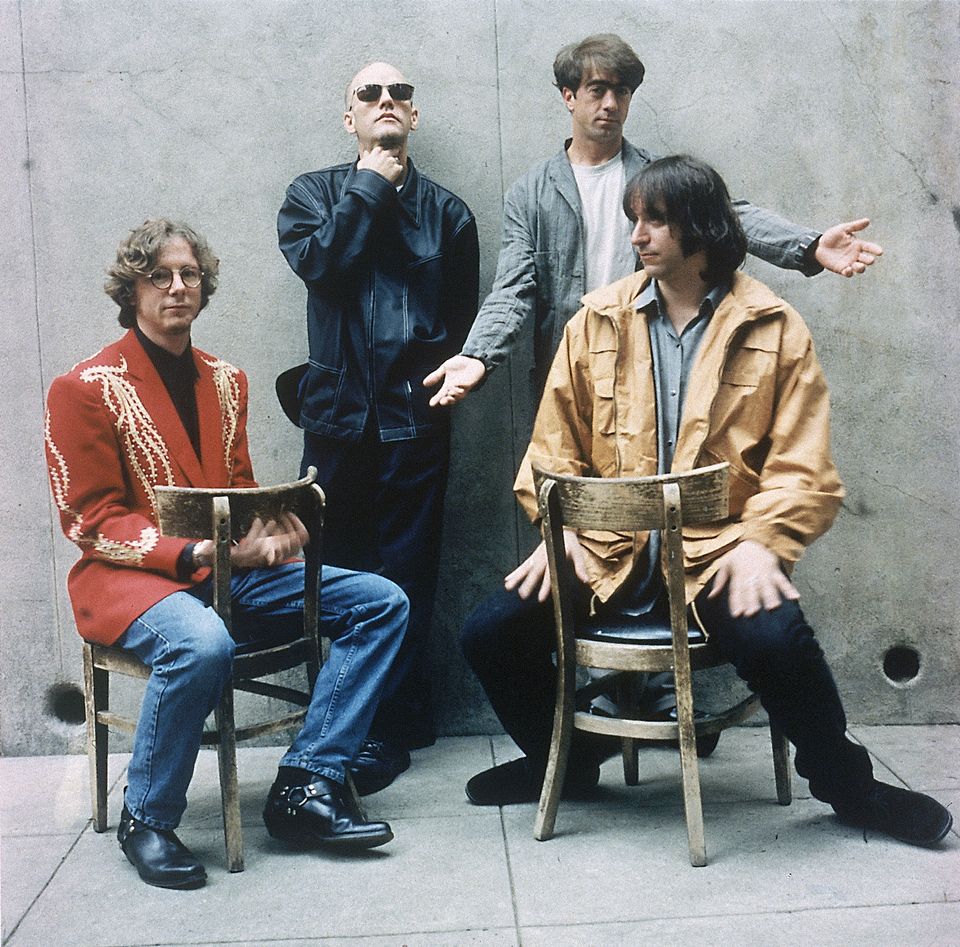 1 / 5
R.E.M.
R.E.M. announced their breakup in September 2011, after over 30 years and 15 albums together. After the breakup, R.E.M. bassist Mike Mills told <a href="http://www.rollingstone.com/music/blogs/alternate-take/exclusive-why-r-e-m-are-calling-it-quits-20110926" target="_blank">Rolling Stone</a> that "[the breakup is] not because we have to or we can't stand each other or we suck ... We're happy. But we're done." Still, we would love to see this legendary band get back together for at least one more tour or album.
AP