This is the first in a series of photo-presentations of Utah State, arguably one of the most awe-inspiring collections within America's incredible state landscapes. Utah contains 5 National Parks, 43 State Parks, 6 National Monuments, and 4 Historic Trails, an assortment of natural, scenic, and historic wonders providing a lifetime's worth of exploration.

This is Antelope Island State Park, rising up through the southeastern portion of the Great Salt Lake, a 40 mile drive from downtown Salt Lake City:

Inside the Great Salt Lake 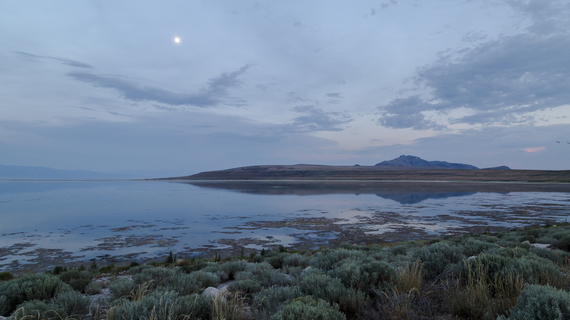 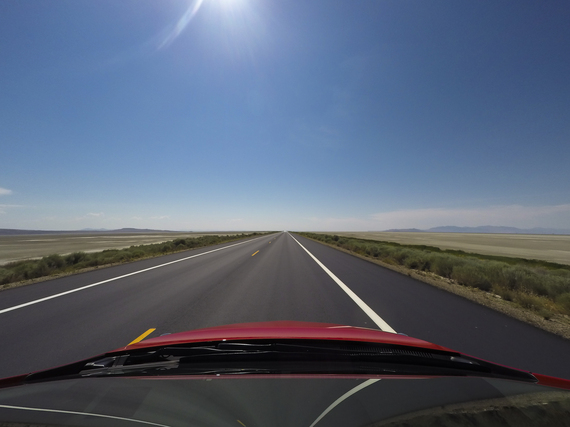 Access to Antelope Island is provided by a 7 mile earthen dike/paved causeway allowing motorists to arrive on the Northeastern tip of the island. A vehicle access fee of $10 is charged by the Utah DNR.

There are over 45 miles of designated hiking paths on the island connecting lakeshore to the mountainous spine. Keep in mind that shade is in short supply, you'll need to bring an ample water supply, and prepare to encounter the island's wildlife. 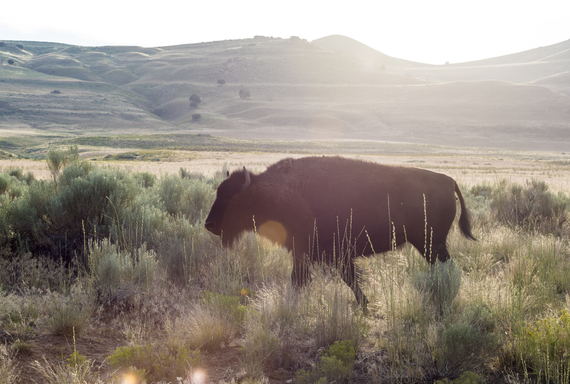 The signature member of the Antelope Island community attracting visitor attention is the American Plains Bison. 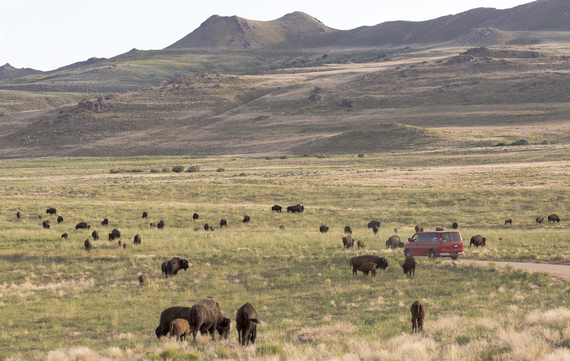 In 1893, at the height of fears over Bison extinction, William Glassman and John Dooly brought 12 Bison to Antelope Island in the hopes of establishing a herd. Their initial investment led to the creation of one of the largest and oldest publicly owned herds in the United States. Today upwards of 700 bison are at home on Antelope Island, maxing out the island's carrying capacity for the giant herbivore.

Bison and the City 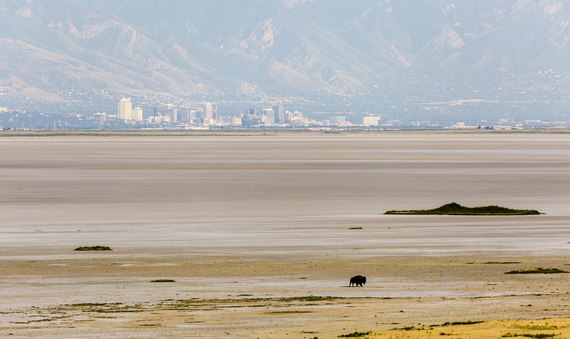 The Bison herd is confined to Antelope Island despite their proximity to downtown Salt Lake City. Every fall the Great Buffalo Roundup, a spectacle open for public viewing, sees the island's bison population corralled together to check their health, vaccinate newborns, and cull the overpopulated, either by selling them at auction or moving them off-island to join other populations. This yearly tradition is vital to the continued success and management of the park's most famous residents. 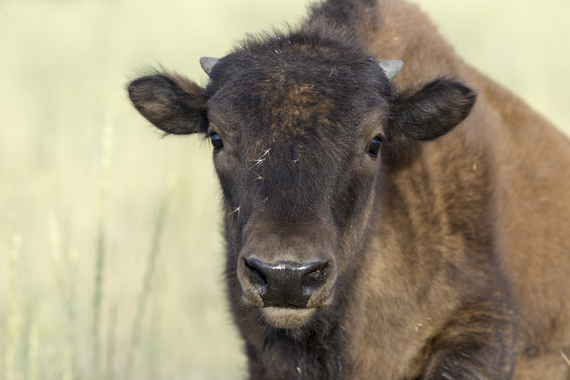 Between 100 and 200 bison calves are born each year, and it's important for visitors to remember that despite their cuteness and curiosity, these are wild animals. Their mothers are very protective of the little ones, and although the entire herd is used to cars and cameras, they won't tolerate folks getting too close. Snap photos from a safe distance! 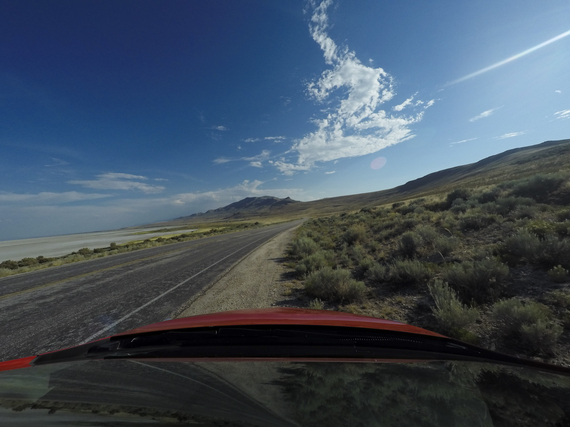 The ranch at the end of Antelope Island Road is the ancestral home of the original bison from the 19th century, and still remains the most likely location to spot the herd today. 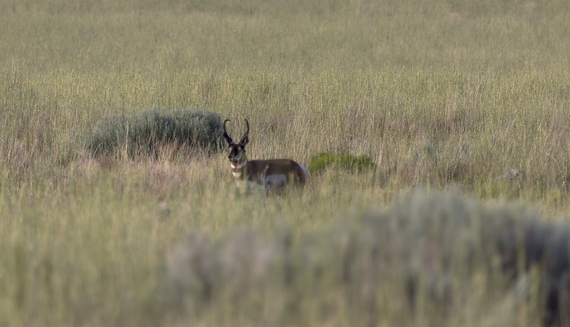 The bison may steal the show on Antelope Island, however the island's name comes from the native pronghorn which still roam freely. Pronghorn antelope are the fastest land animals in the Western Hemisphere. 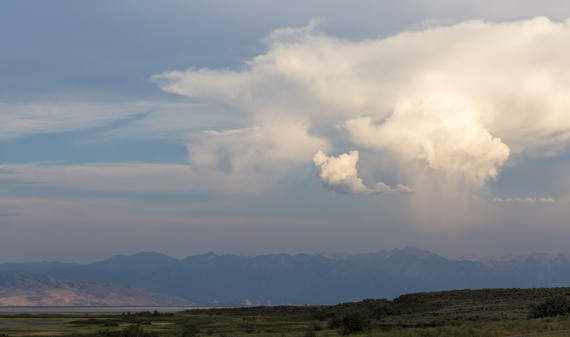 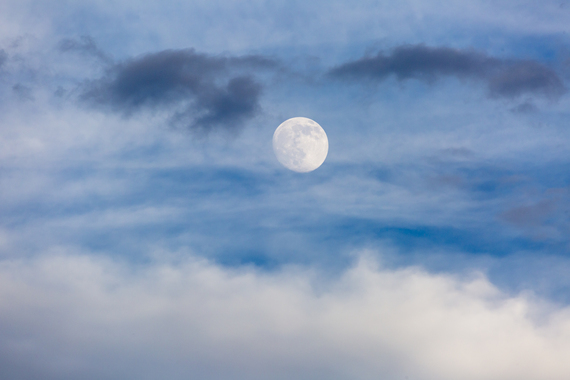 Camping on the Island is available at four different sites. This allows visitors to have their cameras at the ready during sundown, when the opportunities for stunning photography explode. 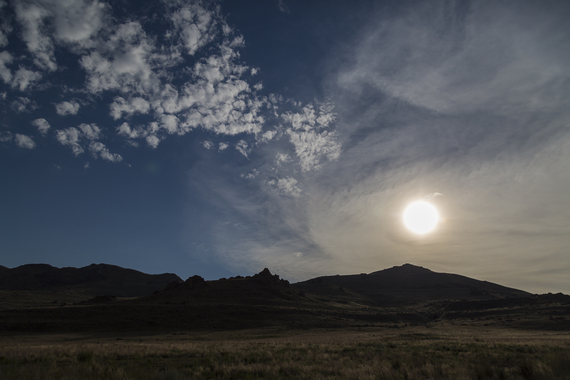 In photography, the term "golden hour" refers to that 'magical' time period before sunset when sunlight traveling through a larger portion of the atmosphere creates stunning landscapes in every direction.

Reflection on a Lake of Salt 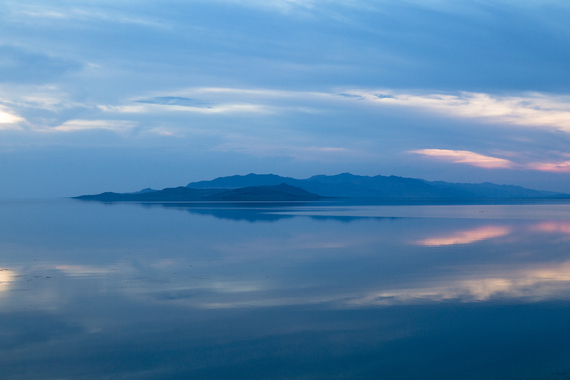 At Sundown the Great Salt Lake changes colors so quickly, blink and you'll miss them. Even the dried out portions of the lake, with their veneers of salt, perform a dance of light and shadow, a photographer's dream. 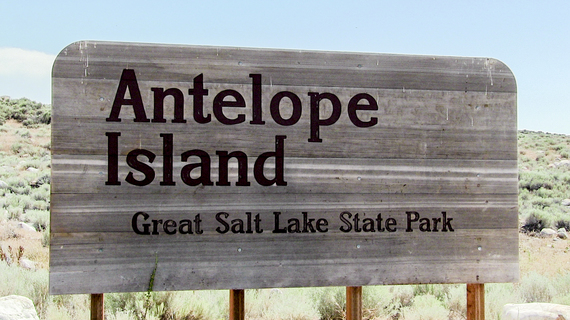 So the next time you're looking for a day trip near Salt Lake City, or you just want to explore an incredibly beautiful landscape, consider Antelope Island. Say "HI" to the bison for me, they're definitely something special!