BOGOTA, Colombia — In Bogota's Buen Pastor prison, age is not an obstacle to a beauty queen crown.

Maria Cristina Villareal, 56, was among six women competing Friday in this year's pageant for the title of "Reina Madre" or "Queen Mother." There is a separate category for unmarried women.

The 2,222-inmate women's prison in Colombia's capital has hosted pageants for 18 years, with TV and musical celebrities serving as judges.

Most of the inmates have been convicted of drug trafficking or are awaiting trial. They include 50 foreigners, none of whom took part in this year's pageant.

Villareal, a mother of three with nine grandchildren, is serving time for drug trafficking. She wouldn't disclose the length of her sentence.

The pageant is held every year on the feast of the Virgin of Mercy, patron saint of prisoners.

"Even though they are in prison, they have not lost the essence of being women," said prisons bureau employee Maria Virginia Camacho, who organized this year's pageant.

This year's contest included two runway walks, one in fokloric garb, the other in elegant gowns. 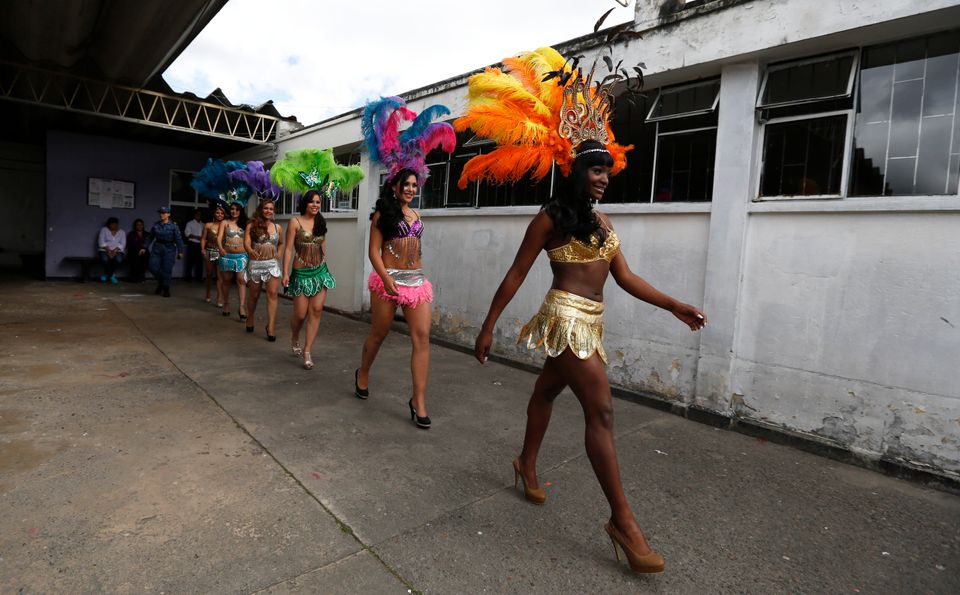 1 / 9
Inmates in costume walk to the stage to participate in a beauty pageant inside El Buen Pastor womens prison in Bogota, Colombia, Friday, Sept. 27, 2013. The contest is held every September to honor the Virgin of Mercedes, the patron saint of prisons. (AP Photo/Fernando Vergara)
AP