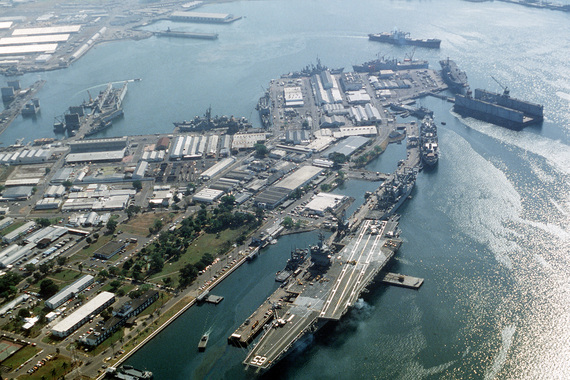 The 2015 Miss Universe contest will perhaps go down as the franchise' most memorable, if not controversial, edition, mainly thanks to Steve Harvey's (the event host) gargantuan mix-up of the eventual winner's announcement. Donald Trump, who no longer owns the franchise after uttering outrageous statements throughout his presidential campaign, was quick to exhibit Schadenfreude with the debacle. Even the Colombian President pitched in, indignant about Harvey's gaffe.

Miss Colombia (Ariadna Gutiérrez Arévalo), who was arguably the most physically beautiful contestant, had to endure an excruciating experience of handing back the crown shortly after it was revealed that the true winner was Miss Philippines, Pia Wurtzbach. Combining wit with beauty and grace, the Filipina contestant brought back the crown to her home country after almost half a century. Margarita Moran was the last Filipina to win the Miss Universe title, back in 1973.

Admittedly, what actually caught my attention about the event was the first question and answer portion, when the top five contestants were asked about extremely socially-relevant issues, ranging from gun control to terrorism and drug abuse. As for Miss Philippines, she was, however, asked a question that was fundamentally geopolitical (rather than domestic): Should the Philippines welcome back American bases on its soil?

With less than a minute on her hands, the Filipina contestant ended up providing a relatively polished answer, but ended up on a relatively controversial note, stating "The Philippines is very welcoming with the Americans and I don't see any problem with that at all [author's own emphasis]." In light of an ongoing national debate regarding the issue, particularly with respect to the profound constitutional questions regarding the legality of American military presence in the country, her answer immediately unleashed a backlash in the social media, particularly among Leftist groups, who have vigorously opposed any American military presence in the country.

Aside from shortage of time to appropriately break down an inherently contentious issue, some legitimately wondered why the Filipina contestant was asked about a question that obviously placed her in a tough position. The fact that the event was hosted on American soil, and broadcasted before a primarily American audience, surely would affect the calculus of any candidate against expressing a 'critical' position vis-à-vis America, including its military activities across the world. For this reason alone, she deserved maximum sympathy and support from her legions of fans in the Philippines and around the world. Not to mention, she pulled off a brilliant answer in the next Q&A session, securing her the crown, although not without some complications of course.

Aside from bringing joy and pride to her country, Pia Wurtzbach also did a great service to her country by inadvertently shedding light -- more effectively than any activist, statesman, or intellectual -- on the controversial issue of American military presence in the Philippines. This alone could go down as one of the greatest contributions of the new Miss Universe.

Twenty First Century Bases First of all, neither the American government nor its Filipino counterpart is talking about the establishment of Cold War-style military bases in Subic and Clark. (The Miss Universe organization perhaps should have done more research before crafting its questions.) The Philippines is constitutionally barred from hosting 'permanent' American military bases in the country, which were abrogated back in 1992, shortly after the collapse of the Soviet Union. On its part, the United States is also not interested in going back to establishing controversial, expensive bases overseas.

In an era of defense budget sequestration, and a strategic realignment towards a 'leaner but meaner' military, Washington is instead searching for 'rotational' military access to vital bases across the world, particularly in the Pacific, where the so-called "Pivot to Asia" (P2A) policy is taking shape. So the more appropriate question is whether countries such as the Philippines should welcome growing American 'rotational' military presence on their soil.

Under the Enhanced Defense Cooperation Agreement (EDCA), signed between Washington and Manila hours before President Barack Obama's visit to the Philippines, the United States aims to gain low-cost 'rotational' military access to Subic and Clark and a whole host of other prized bases across the Philippines for at least a decade. By framing EDCA as an 'executive agreement', both countries tried to avoid any congressional scrutiny and ratification.

Yet, many legislators and activists maintain that the EDCA may trample upon Philippine sovereignty and constitutes de facto 'permanent' bases in violation of the constitution. Others maintain that the agreement has sufficiently novel elements in order to be classified as a treaty, which requires Senate concurrence. Right now, the EDCA is stuck in legal limbo, with the Philippine Supreme Court yet to issue a final verdict.

Without a question, the United States is the Philippines' most important ally. And the vast majority of Filipinos see Washington, which has helped the Philippines throughout various natural and man-made crises, in a positive light. In a 2013 poll (Global Attitudes survey), more Filipinos (85%) expressed favorable view of America than American citizens themselves (81%). This year, even a greater number of Filipinos (92%) expressed a similar view. One can't find a more pro-American country in the world.

In light of growing Chinese incursion into and territorial assertiveness across the Philippines' 200 nautical miles Exclusive Economic Zone (EEZ), the Southeast Asian country has come to depend on American support similar to the Cold War days. And this explains why there is considerable support, within the ruling establishment as well as among the populace vis-à-vis greater American military presence in the country.

Although, it must be said, there is hardly anything in existing and proposed bilateral security agreements, which explicitly guarantees American support for Manila against China in the South China Sea.

The Obama administration has repeatedly emphasized its neutrality vis-à-vis the territorial disputes in the area. In the post-Cold War period, the shadow of China has always loomed large over the Philippines and its decisions vis-à-vis America. Few years after the Philippines decided to abrogate American military bases on its soil, China usurped (1994) the Philippine-claimed Mischief Reef, provoking a diplomatic crisis (1995) that almost torpedoed generally cordial relations between Manila, then under President Ramos, and Beijing, then under President Jiang Zemin.

It didn't take long, however, before Manila welcomed back Americans under the Visiting Forces Agreement (VFA), which allowed for a steady and significant number of American troops to regularly visit the Philippines and conduct joint military exercises. American military presence in the Philippines, however, hasn't been without its own controversies. One of the biggest sources of criticism is with regards to judicial liability when visiting American servicemen commit crimes against Filipino citizens.

In the past decade alone, there were at least two high-profile cases involving American servicemen allegedly committing grave crimes against Filipino citizens. One involved US Marine Daniel Smith, who was accused of raping a Filipina but was eventually acquitted by the Court of Appeals when the complainant retracted her original allegations. The case was particularly controversial, because of the tug-of-war battle for custody over the accused, who was eventually escorted out of the country after being initially detained in a local jail.

Most recently, a similar controversy has unfolded with regards to another American soldier, Joseph Scott Pemberton, who has been convicted of committing homicide against a Filipino citizen. After a similar tug-of-war over his custody, the Philippine government has promised to ensure that the American soldier will serve his sentence in a Philippine jail, though again there are suspicions that he will be serving his jail term under relatively comfortable circumstances in Armed Forces of the Philippines Custodial Center rather than in a conventional jail.

The VFA (Article 5, Section 10) states "The confinement or detention by Philippine authorities of US personnel shall be carried out in facilities agreed on by appropriate Philippine and US authorities," and provides the option, under "extraordinary circumstances", for Philippine Government to "present its position to the US Government regarding Custody, which the US Government shall take into account", but generally gives the Americans the leeway to maintain custody of the accused "from the commission of the offense until completion of all judicial proceedings."

Aside from the concern over whether questions of justice and criminal liability are not compromised by existing (i.e., VFA) proposed (i.e., EDCA) agreements between the two allies, the other concern is the Philippines' acute dependence on a foreign power to defend its own claims. For much of its modern history, excessive dependence on America has discouraged the Philippine ruling elite from building up even a minimum deterrence capability for the country; not to mention the risk vis-a-vis the potential for escalation of Sino-Philippines disputes as a result of increased American military presence in the area.

Ultimately, the challenge for the Philippines is to properly balance its national security interests with questions of justice and the welfare of its citizens. Beyond the principle of whether American military presence should be welcomed, it is also a question of how to ensure that it will not adversely impact the Philippines' sovereignty and national interests. Thankfully, Pia Wurtzbach, the new Miss Universe, has provided an impetus for a proper and democratic debate on the issue.

* An earlier version of this piece mistakenly mentioned Gloria Diaz as the last Filipina Miss Universe before Pia Wurtzbach.