Paradigm Shifters is a series of interviews with a select group of women from eclectic walks of life. It will highlight real life insight on how women have been able to turn weakness into strength. Each interview is the naked truth about breakdowns that inspired breakthroughs. These women have experienced internal changes, which make them quintessential Paradigm Shifters.

I hope after reading these stories you will look at your own situations, struggles and accomplishments through a different lens and, at the very least, be better equipped to change your own paradigm. At the end of the day, we are our own Alchemists turning the silver we were born with into the gold we are destined to become. 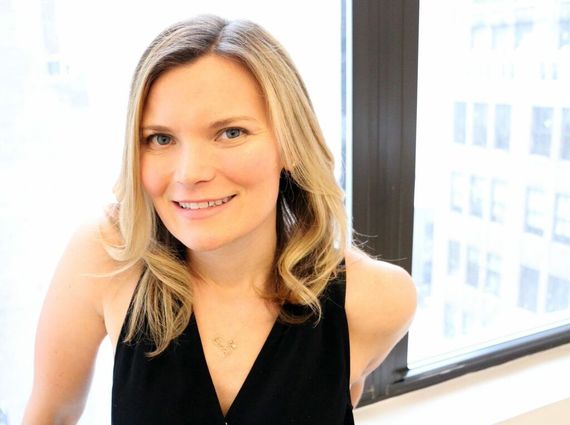 What you do requires drive and determination; what gave you the courage to jump in headfirst?

I was doing development work internationally for years, focused on bringing people clean drinking water. Yet, if you look closely at the water crisis, 36 percent of all wells in Africa are broken. So, one third of all people living in Africa that had water at one point and now don't because there's no spare parts, tools, or well mechanics. While I was in villages trying to figure out how to keep wells working, everyone would come up to me and ask me if I was hiring. I realized the irony that people are desperate to work and we have nobody who has the skills to fix wells. So that's how it started.

If you had to give me one line that explained what makes you different what would it be?

We're The Adventure Project because we "add venture" to create jobs in developing countries. While aid is always appreciated, a job has the power to move a family out of poverty. One of the areas we focus on is training people to be well mechanics. They learn the skill of keeping the well working and maintained, and the community pays user fees to make sure there's a business model in place so it's sustained.

What does being a winner of the DVF Award mean to you?

Tammy Tibbetts from She's the First nominated us. I think I'm still in shock, but it means a great deal. It was a huge surprise to us. It was incredible to just be nominated, honestly. The other people who'd been nominated previously are people I admire -- the cache attached to them, the things that they've done and accomplished, and the impact they're making. To have my name attached to that is mind-boggling.

What was a shift in your life that changed your perspective?

It really happened in Haiti. After the earthquake I'd gone with Jody, who is my co-founder, and a friend who's a photographer and storyteller; we were three women in one of the largest tent camps outside Port-au-Prince. After the earthquake, there's nothing you can see but white gravel and white tents and the very small skyline of mountains. And these three men walked up to us, and they were so intimidating and huge. They walked straight to us and we had no aid to offer. So many nonprofits flooded into Haiti with aid, and we had nothing, so I was nervous they were going to be upset. Instead, they walked up to us and one man just said, "Excuse me ma'am. I'm wondering if you're hiring, because we really want to work?" It was such a moment of clarity, because this is what people want most in the world.

What about a breakdown that turned out to be breakthrough?

Starting this, we didn't take salaries for a year and half, which meant that eventually credit cards do max out. So after my second credit card maxed out, I put all my stuff in storage and moved onto friends' couches and spent about nine months in NYC bouncing from friends' couches with one suitcase and just living off the generosity of strangers. It was the scariest moment, because I was wondering, "Is this really going to work?" And it was the most empowering moment because people were so kind. I would sometimes have three people calling saying, "My place is open, come stay". It was so generous and thoughtful of them.

Be kind to yourself. As women, we put so much pressure on ourselves to be everything and then we look in the mirror and say, oh I'm horrible. Oh I didn't do X, Y, and Z. You always feel like a failure and you always have people telling you you're not going to succeed, so you need to recognize that you can do it.

What legacy do you wish to leave behind?

I just want to do a good job now. Do a good job today. I want to leave the world better than when I left it. Sometimes people say to me, "Wow, I could never do that" and I just want to say you can. You also don't need to follow my footsteps and start your own thing. Just giving to support to one person and help them get a job, you will transform their life, and it ripples to help the whole community. It's possible to end extreme poverty in our lifetimes if we all just give a little bit.

When you're having a hard day, how do you turn it around?

Drink. Just kidding! Just try and laugh. Or, I step away from my computer and get a coffee or a frozen yogurt. Just the little things that bring you back and keep you going.

Becky is not only is this year's DVF Award winner, but she is also an example of what could be possible when you live outside of fear and stay true to your calling. She is achieving transformative impact and the world is a better place because of her.